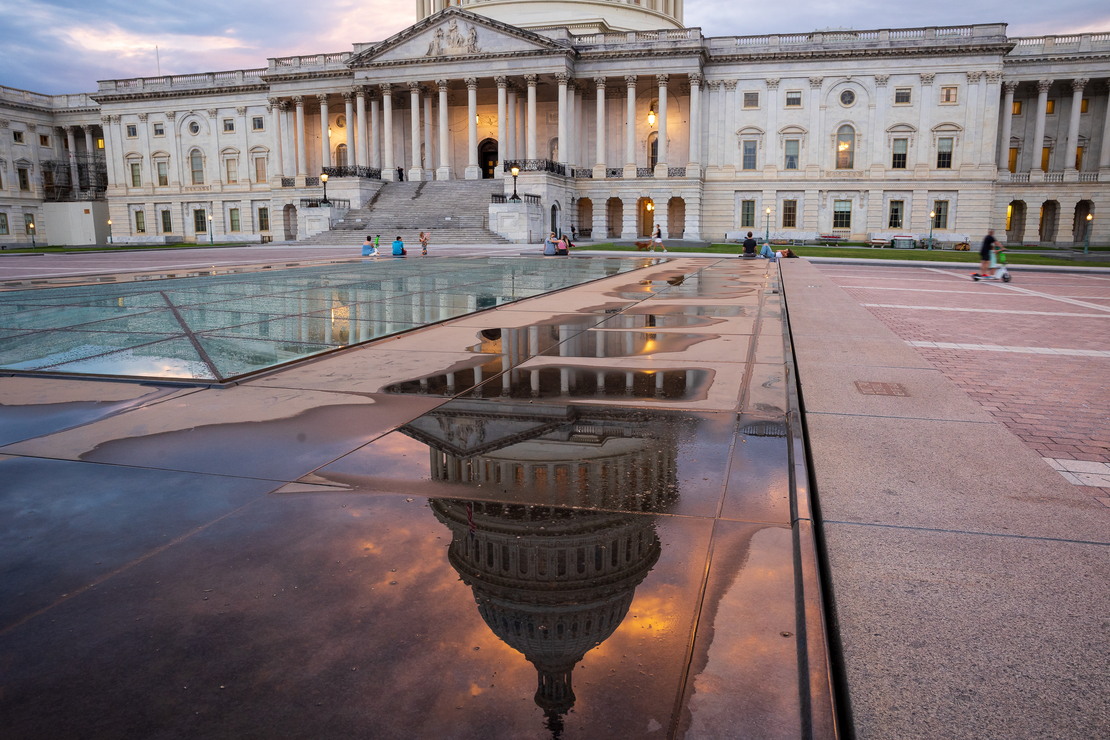 Lawmakers return to Capitol Hill from recess this week with spending concerns as a top priority. Francis Chung/E&E News

Negotiations on legislation to avert a government shutdown next month will dominate discussions on Capitol Hill, including whether to include billions of dollars in emergency spending sought by the White House.

Lawmakers need to pass a stopgap spending bill, also known as a continuing resolution, because they have failed to send the president any fiscal 2023 appropriations bills. Without a CR in place, federal agencies would be forced to at least partially close when the new fiscal year begins 25 days from today.

Neither party sees much to gain in forcing federal agencies to halt operations ahead of increasingly competitive midterm elections.

Still, Democrats and Republicans have to decide how long the CR will run and what emergency spending and other policy provisions may be attached to what is expected to be the last major bill to move ahead of the Nov. 8 midterm elections.

Any deal on a stopgap spending bill will need to be bipartisan, with 60 votes required to move it in the Senate. Democrats currently only control 50 seats in that chamber.

Democrats are expected to kick off talks by offering a CR that would run until mid-December to buy them time to negotiate and then pass an omnibus with most, if not all, fiscal 2023 spending bills attached, before Congress adjourns for the year.

They’ll have the backing of Senate Appropriations Chair Patrick Leahy (D-Vt.) and ranking member Richard Shelby (R-Ala.), both powerful lawmakers who are retiring and want to cut a final deal to direct dollars to their states — including in the form of earmarks.

“We’re confident that Congress will use that additional time to reach a bipartisan funding agreement that will deliver for the American people just as they did for the current fiscal year,” an Office of Management and Budget official, speaking on background, told reporters at the end of last week.

Republicans, however, are more likely to press for a shorter-term CR that would expire just after the elections to weigh their political options. If the GOP wins one or both chambers, it might try to delay a final spending accord until the next Congress so the party would have more leverage in shaping it.

The White House on Friday asked Congress for billions of dollars in new emergency spending that would go toward the Strategic Petroleum Reserve, buying domestic uranium for nuclear reactors and responding to natural disasters (Greenwire, Sept. 2).

As part of the Ukraine request, the administration wants $1.5 billion for the Department of Energy to obtain non-Russian uranium for nuclear power plants. The White House also wants $500 million for modernizing DOE’s Strategic Petroleum Reserve.

As for disaster dollars, $2.9 billion would go to the Federal Emergency Management Agency’s relief fund for expenses in both fiscal 2022 and fiscal 2023.

Other spending would include:

The White House also sent Capitol Hill a list of largely noncontroversial extensions of current programs and funding, known as anomalies, that it wants attached to the CR. They would last only the length of the stopgap, in most cases.

For example, the anomalies would extend federal funding for the Calfed Bay-Delta program and would allow the Interior Department to renew cybersecurity licenses and provide funding for four national heritage areas whose authorizations are expiring.

Correction: This story was updated to correct the White House request for the Low Income Home Energy Assistance Program.