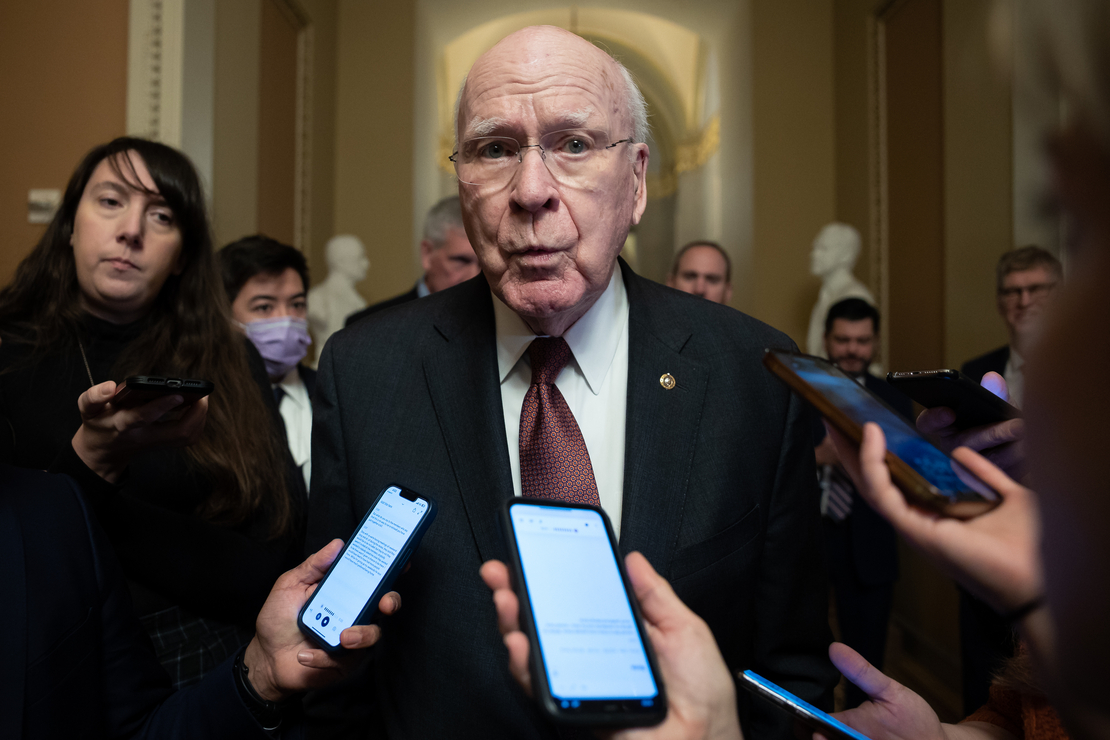 The Senate is set to take a procedural vote on the bipartisan legislation as soon as this morning to pave the way for final passage before Friday, when the current continuing resolution is set to expire.

In total, the bill would fund the government at $1.7 trillion for fiscal 2023. More than half of that spending is directed toward defense at $858 billion, which represents a 10 percent increase from last year, matching the recently approved National Defense Authorization Act.

The rest — $772.5 billion — is reserved for domestic spending, a 5.5 percent hike from last year’s enacted numbers, giving EPA and the Energy and Interior departments fresh dollars before Republicans take over the House in January.

“From funding for nutrition programs and housing assistance, to home energy costs and college affordability, our bipartisan, bicameral, omnibus appropriations bill directly invests in providing relief from the burden of inflation on the American people,” Senate Appropriations Chair Patrick Leahy (D-Vt.) said in a statement.

Conservatives have railed against the omnibus for not letting the incoming House GOP majority have a say in fiscal 2023 spending. But Senate Republicans cheered the bill as supporting defense needs without poison-pill riders.

“This process was far from perfect, but ultimately it allowed Republican redlines to be adhered to, and because of that, I will urge my colleagues to support this package,” Senate Appropriations ranking member Richard Shelby (R-Ala.) said in a statement. “We need to do our job and fund the government.”

The bill would provide approximately $45 billion in emergency spending to aid Ukraine in its fight against Russia. That amount is $7 billion more than President Joe Biden requested.

The package would set aside nearly $13.4 billion for economic assistance to Ukraine, including money to help repair the country’s electric grid. The Department of Energy would get $300 million to secure U.S. nuclear fuel supplies, since Russia is a significant uranium exporter.

The bill would also meet the Biden administration’s request to cancel a series of congressionally mandated sales from the Strategic Petroleum Reserve over the next five years as DOE looks to replenish the nation’s emergency supplies.

The omnibus bill would spend roughly $40 billion for disaster recovery and drought. That includes $1 billion for Puerto Rico to rebuild its electric grid as well as hundreds of millions for fisheries and other wildlife habitats.

The bill would provide $10 billion for EPA, a $576 million increase from current levels.

The agency’s enforcement work would get $613 million, a nearly $72 million increase from current levels. Environmentalists have accused the Biden EPA of being less stringent than the previous administration (Greenwire, Dec. 19).

Other highlights in the bill are:

Congressional appropriators are proposing $14.7 billion for programs under the Department of the Interior, an increase of $574 million above fiscal 2022 enacted levels.

Advocates were not successful in securing an additional $450 million for the Land and Water Conservation Fund on top of the $900 million annual allocation made possible by 2020 passage of the Great American Outdoors Act. Proponents of the extra funding pointed to high demand and inflationary pressures to justify the increase.

But the bill would provide an additional $3.5 billion for the National Park Service, which would, according to a fact sheet, restore 500 of the 3,000 staff positions that have been lost over the past decade “that have limited the ability of the Service to address challenges, especially substantial increases in visitation.”

The omnibus would also double funding to expand housing for park staff, according to the Senate Appropriations Committee, a move that would improve the NPS’s hiring capabilities.

In addition, appropriators ensured $1.9 billion would go toward various deferred maintenance projects in national parks and on public lands, in accordance with the Great American Outdoors Act’s mandates.

The omnibus would continue the prohibition on oil and gas drilling at the Chaco Canyon National Historical Park in New Mexico.

Wildfire management, mitigation and suppression efforts would also be heavily funded under the bill, a total of $4.4 billion, or $550 million more than in fiscal 2022.

“Fiscal year 2021 was the most expensive year on record, with costs exceeding $4 billion; fiscal year 2022 costs were over $3.7 billion,” according to the Senate Appropriations Committee. “This additional funding gives the Forest Service and the Department of the Interior an assured amount of funding to be used when major fire activity requires expenditures exceeding regular base suppression operations funding.”

Wildland fire management would receive $4.2 billion. The legislation also has $1.6 billion for wildfire preparedness and suppression.

Elsewhere, the omnibus would allocate $1.5 billion for the Bureau of Land Management, or $83 million above the current levels, including $81 million for sage-grouse conservation and $34 million to protect certain threatened and endangered species.

BLM would receive $57 million for abandoned mine lands and hazardous materials, and $5 million to reclaim abandoned mines and cap orphan oil and gas wells.

The Fish and Wildlife Service would receive $1.8 billion for the remainder of fiscal 2023, $128 million above the enacted levels.

Within that top line, $296 million would go toward Ecological Services, $19 million more than the current allocation, and $542 million for national wildlife refuges, $23 million above what is now available.

The Bureau of Ocean Energy Management is on tap to receive $219 million, an increase of $13 million. Of this, nearly $43 million would be directed toward BOEM’s Renewable Energy Program and more than $15 million would go toward oil spill research.

The Office of Surface Mining Reclamation and Enforcement would get $289.9 million, a $21.8 million increase. The total includes regulation and technology, and abandoned mine reclamation dollars.

The Energy-Water portion of the omnibus would provide $54.7 billion for the Department of Energy, Army Corps of Engineers and Bureau of Reclamation, an increase of $1.8 billion compared with the current fiscal year but $2.8 billion less than the Senate Democratic version released earlier this year.

DOE would get $46.5 billion, around $1.7 billion more than the current year’s funding level. The final number is, however, a $2.8 billion drop from the Senate Democrats’ proposed version and $1.7 billion less than the House version.

The bill falls short of authorized levels in the CHIPS and Science Act, which included the first reauthorization of DOE’s Office of Science at roughly $50 billion over five years. The omnibus would provide $8.1 billion for the bureau.

Unlike earlier Senate and House bills, the final spending plan would not provide any money for boosting domestic clean energy manufacturing through the Defense Production Act as stipulated in President Joe Biden’s executive action earlier this year.

The final bill does not have a specific appropriation for the United Nations Green Climate Fund, which Democrats have been trying unsuccessfully to fund for years.

The fund aims to help poorer nations adapt to climate change and deploy clean energy. The Biden administration requested $1.6 billion for the program, and Democrats rebuffed Republican efforts to strip it from their initial fiscal 2023 spending bills earlier this year before they were forced to leave it out of the omnibus.

The State and Foreign Operations title of the spending bill would offer largely even funding levels for a variety of other international climate and environment programs, including $125 million for the Clean Technology Fund and $385 million for biodiversity and conservation. But it’s far from a big down payment on Biden’s pledge to provide $11 billion in international climate finance.