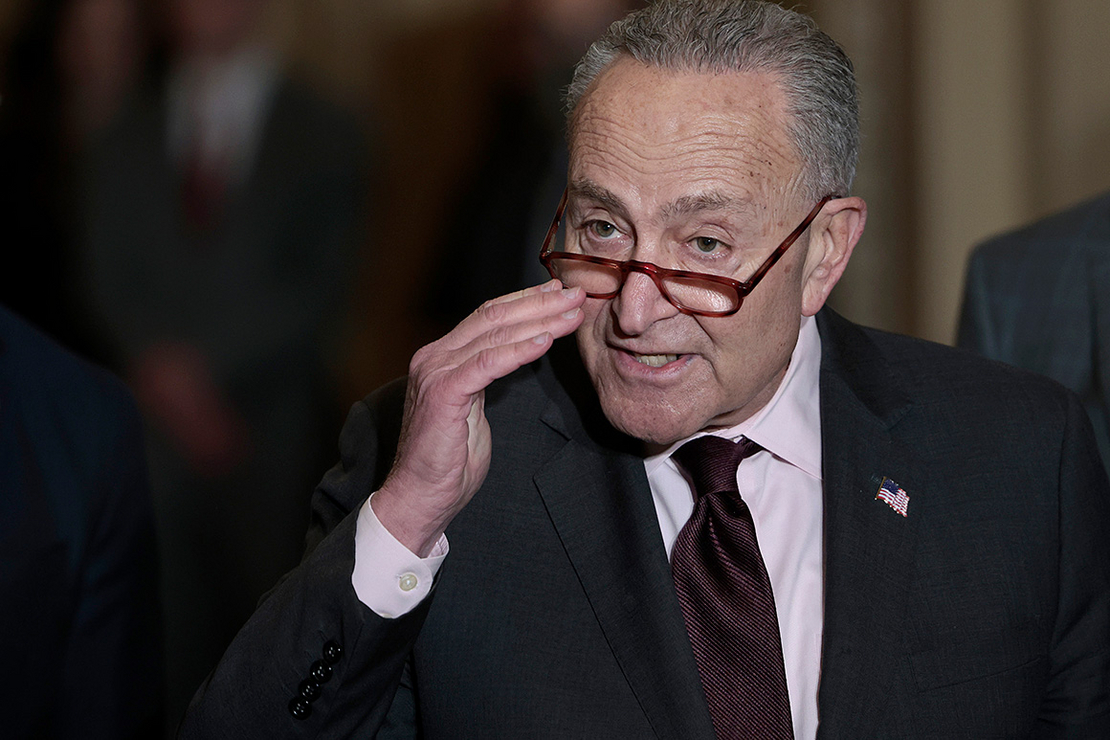 House and Senate leaders today released a compromise National Defense Authorization Act for fiscal 2022 that may become law as soon as this week. They also announced plans for raising the debt ceiling.

The defense bill does not include new sanctions against the Nord Stream 2 natural gas pipeline from Russia into Germany despite bipartisan support for such a move as Russian President Vladimir Putin amasses troops along the border with Ukraine.

Seeking to improve relations with Germany, the White House has opposed new, tougher sanctions against the natural gas project. The White House also points out the pipeline is nearly complete.

Senate conservatives, including Sen. Ted Cruz (R-Texas), have been blocking Biden’s diplomatic nominees in a bid to get the president to impose sanctions. Speaking about the Russian buildup, Cruz said today, "This calamitous foreign policy disaster is Joe Biden’s fault."

The bill, as expected, includes several provisions to address contamination from per- and polyfluoroalkyl substances. For one, the compromise NDAA would codify the military’s PFAS Task Force.

Firefighting foam used by the military has contaminated defense sites and surrounding communities. Lawmakers have been trying to grapple with the situation for years, with the NDAA a key vehicle for action, along with the annual funding bills.

The defense authorization would top by $517 million the president’s budget request for cleaning up military communities. Another $100 million would go to base closure and realignment accounts for environmental remediation, according to a summary.

The military would have two years for completing PFAS testing at Department of Defense and National Guard facilities. DOE would have to make public drinking water testing results at bases or nearby communities. A cleanup status report would also be required.

The Pentagon would have to halt the incineration of firefighting foam with PFAS and contaminated materials until the military implements guidance from EPA. The bill wold also mandate spill prevention and mitigation.

The bill would not include provisions to mandate national drinking water standards for PFAS, according to an explanatory statement. EPA is already moving forward with new regulations, but lawmakers like Rep. Elissa Slotkin (D-Mich.) were hoping for new congressional mandates.

Absent, as expected, was the "Colorado Outdoor Recreation and Economy (CORE) Act," H.R. 577 and S. 173, a major public land conservation bill that Democrats have been championing for years. Other lands bills were also left out.

"This year’s agreement continues the Armed Services Committees’ 61-year tradition of working together to support our troops and strengthen national security," said a statement from House and Senate committee leaders.

House and Senate leaders considered using the NDAA to raise the nation’s debt ceiling. The idea was to use procedural maneuvers to allow the legislation to pass with few Republican votes.

But the House GOP balked at the plan, and their votes will be necessary to pass the NDAA. That’s why today the House released a separate bill to raise the debt ceiling and also address Medicare payment concerns.

That bill would pass with Democratic votes in the House and advance with a handful of Republicans in the Senate. Democrats alone would carry the final Senate vote, so the GOP can keep its pledge not to help Democrats with the debt ceiling.

Senate Minority Leader Mitch McConnell (R-Ky.) had pushed Democrats to manage the debt ceiling through budget reconciliation. But Majority Leader Chuck Schumer (D-N.Y.) today called that a "convoluted risky process," and McConnell is rounding up support for the new plan.

"I think this is in the best interest of the country," said McConnell, adding that he thought the maneuver was also good for Republicans. "It allows the Democrats to proudly own it, which they’re happy to do."