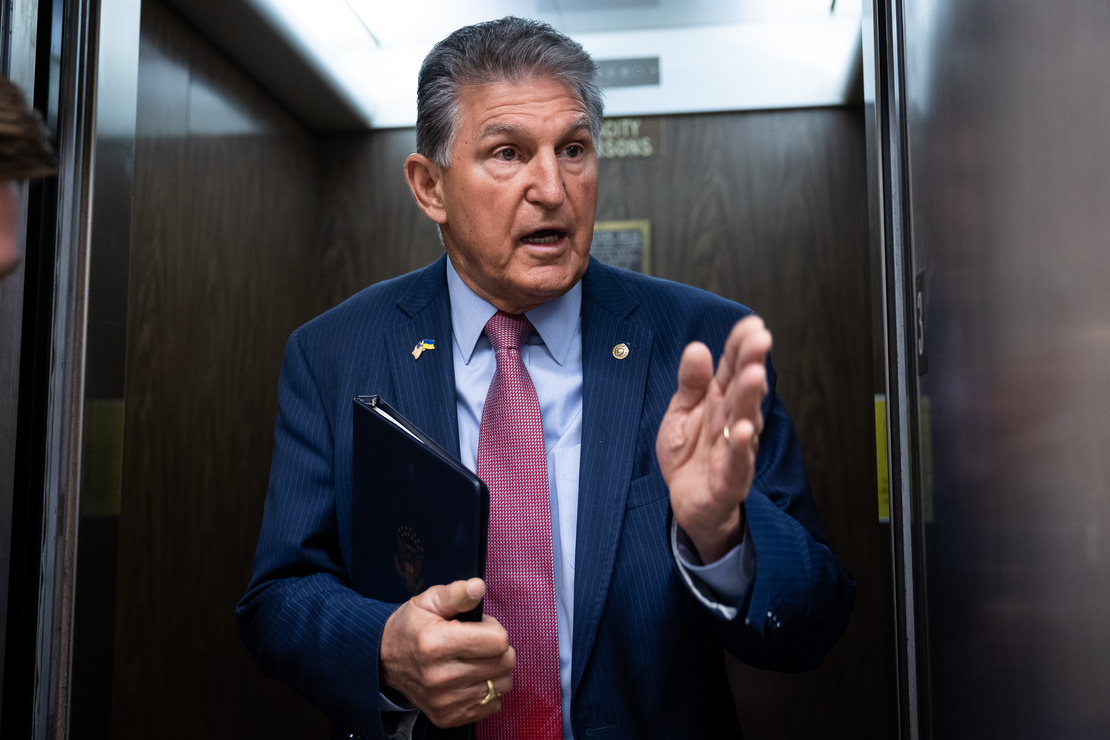 Negotiations over high-profile technology legislation, continuing talks over a long-shot climate and energy deal, and a push for more Ukraine aid will dominate the conversation on Capitol Hill this week.

The bipartisan crew of lawmakers exploring a potential consensus energy and climate deal separate from a Democrats-only budget reconciliation package will meet twice this week as they race for an accord against a shrinking legislative calendar.

Led by Senate Energy and Natural Resources Chair Joe Manchin (D-W.Va.) and Sen. Lisa Murkowski (R-Alaska), the group will meet today and Wednesday over the scope of any possible agreement.

“I think we will have a better idea of what people are considering, and more people have been asked to provide ideas through this, and then put it all on the table,” Sen. Kevin Cramer (R-N.D.) told reporters last week about his expectations for the meetings. “And then maybe we can see if there’s something of a skeleton.”

The group first met last week amid expectations for a potential resurrection of climate-focused reconciliation legislation. Some Democrats are eyeing the upcoming Memorial Day recess as a deadline for any deal before election-year realities set in.

Democrats insisted last week that they could negotiate both at the same time. However, some climate advocates fear the new Manchin-led talks could distract from the $555 billion in tax credits and climate spending originally included in the stalled reconciliation effort.

Republicans seemed cool to any deal that would match the provisions included in the House-passed reconciliation bill, known as “Build Back Better” bill, especially tax credit extensions for renewable energy (E&E Daily, April 27).

Instead, the GOP is looking to put Democrats on the record on various energy controversies ahead of the midterm elections. Republicans are sponsoring motions to instruct conferees on high-profile innovation legislation, and many of their proposals are on energy and climate policy.

The package is largely focused on military spending. However, $1.7 billion is slated to go toward international energy security concerns and about $500 million for the expanded domestic production of critical minerals (E&E News PM, April 28).

The Ukraine funding is likely to attract wide, bipartisan support, but Democrats are also weighing attaching $22 billion in pandemic-related spending that could complicate passage. Republicans have been cool to more spending on that front and have made the aid a proxy for concerns over a proposal for lifting immigration restrictions tied to Covid-19.

“Time is of the essence because we need the Ukraine money, we need the Covid money. So, I would hope that we can do that,” said House Speaker Nancy Pelosi (D-Calif.) on Friday ahead of a surprise visit over the weekend to Kyiv where she met with Ukraine President Volodymyr Zelenskyy.

Several officials are also due on Capitol Hill this week to outline their proposals for fiscal 2023 spending, including Energy Secretary Jennifer Granholm and Transportation Secretary Pete Buttigieg.

Top House and Senate appropriators met for the first time late week to try to forge a deal on top-line discretionary spending for fiscal 2023. While no accord was reached, both Democrats and Republicans said the talks were a good start and were hopeful an agreement on an overall spending figure could surface in the coming weeks.

Senate Majority Leader Chuck Schumer (D-N.Y.) will be looking to confirm Alvaro Bedoya to the Federal Trade Commission as soon as his caucus is back to full strength. The same goes for Federal Reserve nominee Lisa Cook.

A procedural vote on Cook, nominee to serve on the Federal Reserve board, failed 47-51. Sens. Ron Wyden (D-Ore.) and Chris Murphy (D-Conn.) weren’t present after testing positive for Covid-19. Schumer voted “no” so he could call for a new vote.

Environmental advocates have expressed support for Cook and other Fed nominees for their views on climate action. Last week, the Senate confirmed Lael Brainard to be Fed board vice chair (E&E Daily, July 27).

Last night, Sen. Michael Bennet (D-Colo.) announced he had tested positive for Covid-19 with mild symptoms and planned to quarantine at his home in Denver this week.

Schumer wanted to approve Bedoya last week as well, saying that filling out the FTC would help the agency investigate claims of energy industry price gouging. But Democrats also had to put off considering the nominee because of absences.

House and Senate Democrats are also crafting a broader legislative effort to empower the FTC to crack down on price gouging, with leaders eyeing action before Memorial Day (E&E Daily, April 29).

This week, the Senate Judiciary Committee will vote on S. 977, the “No Oil Producing and Exporting Cartels Act,” or “NOPEC.” The legislation would give the Justice Department the ability to sue cartels for antitrust behavior.