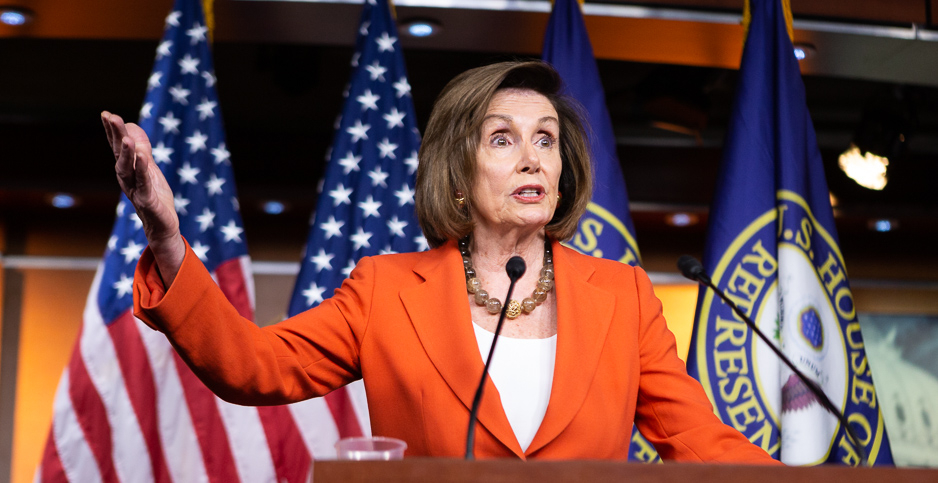 Congress kicks off a perilous year-end stretch this week as lawmakers attempt to balance a fast-moving impeachment inquiry with the need to move must-pass spending legislation and other energy and environmental priorities.

The House and Senate will have to find common ground in the coming days on short-term funding to avert a shutdown next week, while the House is set to hold its first public impeachment hearings.

Those competing efforts will exacerbate tensions between the two parties on Capitol Hill as well as with the White House, and could stall legislating.

The top appropriators in both chambers will meet today to try to settle on top-line allocations for the 12 annual appropriations bills, which so far have been elusive and have kept Congress from passing any fiscal 2020 spending legislation.

Those talks will have added urgency this week as lawmakers will need to act quickly to prevent a government shutdown when the current stopgap funding measure expires Nov. 21.

Appropriations ranking member Patrick Leahy (D-Vt.) told reporters he’s cautiously optimistic all 12 spending bills could be completed before the end of the year.

"I think we get an agreement, and I’d like to get everything done, certainly before Christmas," Leahy said Thursday. "I don’t think we accomplish anything by going into the next year — in fact, there’s a lot of dangerous spots if we do that."

Lawmakers from both parties concede they won’t complete spending work before the current stopgap runs out and will need to pass another continuing resolution by next Thursday.

In a "Dear Colleague" letter released last week, House Majority Leader Steny Hoyer (D-Md.) said a CR is likely to be on the floor early next week, but he did not say how long it would extend funds.

He did, however, tell lawmakers to expect to be in session the week of Dec. 12, a sign that Congress will likely extend funding through a least mid-December.

The parties have been split over how to divide up billions of dollars in extra spending provided under a bipartisan deal struck this summer.

Republicans want a large chunk of that increase to go toward President Trump’s top priority, a U.S.-Mexico border wall; Democrats have resisted and sought to spread the increase on domestic agencies such as EPA.

Lawmakers have quietly begun suggesting they might be able to push off a border wall decision until the next CR expires, a move that could ease passage of a stopgap into December.

While both parties insist a shutdown is off the table, Trump himself has not ruled one out. Democrats, including Senate Minority Leader Chuck Schumer of New York, have said they worry the president might try to force a shutdown to thwart the ongoing impeachment effort.

The first public hearings on impeachment are set for tomorrow and Friday before the House Intelligence Committee.

The impeachment investigation centers on whether Trump tried to hold up aid to Ukraine in exchange for a political corruption inquiry into Hunter Biden, the son of former Vice President Joe Biden, who served on the board of Ukrainian energy firm Burisma Holdings Ltd.

Energy Secretary Rick Perry in closed-door depositions has been portrayed as a key figure in carrying out White House energy policy toward Ukraine, although he has yet to be directly linked to any orders to hold up aid (E&E Daily, Nov. 6).

The outgoing Energy chief has denied any involvement and refused to comply with a subpoena from Democratic impeachment investigators to testify and turn over documents.

Democratic aides say they do not expect the hearings to focus much on Perry’s role because they want to keep the spotlight on Trump. But they also might see little political gain from going after the outgoing Energy secretary.

Perry was portrayed in transcripts from closed-door testimony of White House and State Department officials released last week as doing his job in working with Ukraine to promote U.S. energy exports to the central European nation (E&E News PM, Nov. 8).

Highlighting that role could undercut the Democrats’ narrative that the administration was pushing its own political agenda in Ukraine counter to U.S. interests.

As impeachment swirls, talks will also continue on finalizing the fiscal 2020 National Defense Authorization Act, where regulation of the broad class of chemicals known as per- and polyfluoroalkyl substances, or PFAS, remains among the sticking points.

The Senate continues to resist House-passed provisions that would declare the broad class of chemicals as hazardous substances under federal Superfund law.

Senate negotiators are confident that other PFAS provisions that passed the EPW panel with bipartisan support will be included in a final NDAA bill, which Armed Services Chairman Jim Inhofe (R-Okla.) wants to ready by early next month.

In his Friday letter, Hoyer said the House would vote on the final NDAA as soon as conference talks are completed.

Aside from PFAS, negotiations continue on higher-profile border provisions that are more contentious. As a backup plan, Inhofe has introduced a "skinny" NDAA that would simply extend key military authorities and scrap all other issues including PFAS.

Discussions also continue on extending a medley of expired or soon-to-lapse tax incentives, including breaks for biofuels and efficiency.

"The only thing I can say is they’re still going," he told reporters. "And I think that there’s a good feel about how they’re going. But nothing’s gelled yet."

Lobbyists say Democrats on the House Ways and Means Committee this week may learn details of the green energy tax package Chairman Richard Neal (D-Mass.) promised to assemble before the end of the year.

Items said to be in the mix include an expansion of the investment tax credit to allow energy storage projects to qualify, expanded incentives for electric vehicles, and extensions of key wind and solar breaks scheduled to phase out under current law.

Grassley last week said he was unfamiliar with efforts by Ways and Means to move other tax legislation before the end of the year but noted the ticking clock.

"I think it would be fruitless at this point, when something has to be on the final bill that is going to pass this year that it needs to be bicameral and bipartisan," he said.

Senate Republicans have balked at Democrats’ wish list for the extenders debate, but Grassley said he was optimistic a deal could be reached (E&E Daily, Nov. 6).