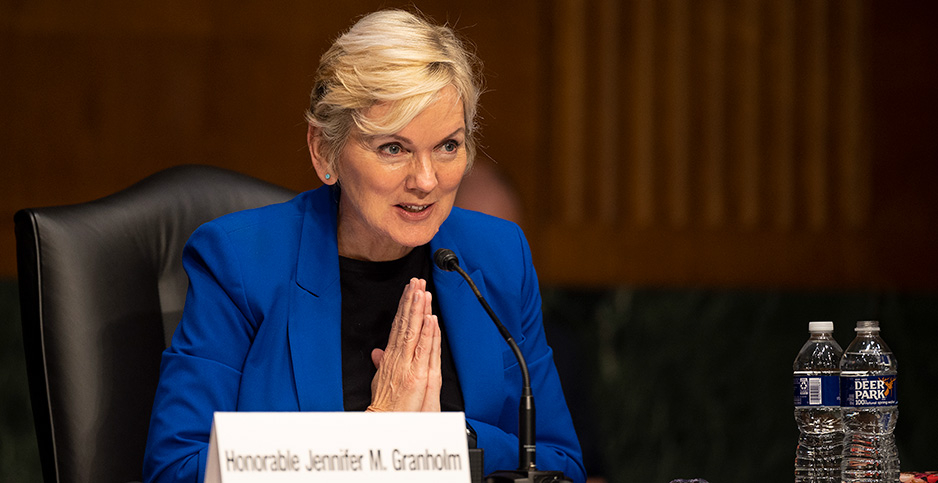 Energy Secretary Jennifer Granholm will make an appearance before the House Energy and Commerce Committee this week amid the fallout of one of the most consequential ransomware attacks on U.S. energy infrastructure.

Originally pegged as a hearing on the Department of Energy’s fiscal 2022 budget request, Granholm’s appearance will now feature a heavy dose of cybersecurity talk in relation to the Colonial pipeline shutdown.

"We look forward to discussing the cyberattack on Colonial Pipeline, what steps must be taken to prevent future attacks, and the Energy Department’s overall plans to support our nation’s transition to a safer, more equitable, and more sustainable energy future," E&C Chairman Frank Pallone (D-N.J.) and Energy Subcommittee Chairman Bobby Rush (D-Ill.) said in a joint statement.

DOE emerged as the lead agency to help the nation’s longest gasoline pipeline recover from the ransomware attack. The pipeline is back in operation, but a supply crunch still exists across the Southeast and mid-Atlantic due to panic buying.

Calls have grown for DOE to take on more responsibilities for pipeline cybersecurity oversight following the fiasco, and Capitol Hill has looked to beef up mandatory disclosure requirements for companies caught in a cyber hack (E&E Daily, May 12).

Simpson said the omission "suggests that it is not sufficiently prioritized by the administration."

Granholm defended her department’s early actions in the Office of Cybersecurity, Energy Security and Emergency Response as a refocus to ensure it interacts more thoroughly with the private sector. She also highlighted a series of Biden executive orders to bolster security (E&E Daily, May 7).

"It is definitely a focus of ours, so don’t let that fool you," Granholm said.

Democrats and Republicans expressed some bipartisan unity on cybersecurity concerns last week, with the Energy and Commerce Committee reintroducing four bills that had previously moved through the House by voice votes (E&E Daily, May 13).

None of those bills, however, would impose mandatory cybersecurity regulations on pipelines, an issue whose profile has only grown in the wake of the ransomware attack.

"DOE is the right agency to be coordinating this government-wide effort," Pallone and ranking member Cathy McMorris Rodgers (R-Wash.) said in a joint statement after a briefing last week with Energy Deputy Secretary David Turk.

They added: "We learned that while there is good reason to be hopeful that the shortages will be temporary and pipeline deliveries may soon ramp up, there is more we need to do to ensure DOE has the tools it needs to prevent these incidents in the future — and minimize their impact if they do."

The bipartisan cooperation has not stopped Republicans from lobbing complaints at Granholm and the Biden administration.

Senate Republicans griped that the White House has yet to name an assistant secretary position to run CESER over fears that the administration may opt to undo the move the Trump administration made to raise the prominence of the position.

House Republicans have also used the crisis to ding the Biden administration’s energy policies, especially as it relates to pipeline approvals. That dynamic is sure to be on display Wednesday.

Republicans, led by Minority Whip Steve Scalise (R-La.), pointed to comments made by Granholm last week during an appearance at the White House’s daily press briefing.

Granholm said that "the pipe is the best way to go" to ship gasoline fuels in the eastern United States due to geography and shipping constraints.

That acknowledgement riled Republicans, who tied the comments to the cancellation of the controversial Keystone XL pipeline.

"Fuel shortages. Gas prices rising historically high. Canceling the Keystone XL pipeline was a mistake. This couldn’t be more clear," Rep. Greg Pence (R-Ind.) said on Twitter. "We wouldn’t be facing this turmoil if the Biden Administration embraced an ‘all of the above’ not an ‘everything but’ energy agenda."

Those Keystone worries have carried over to other pipeline battles brewing, including the Enbridge Line 5 pipeline in Michigan and the Dakota Access pipeline. Republicans have warned that decisions to cancel those projects could have devastating economic impacts on oil and gas workers in those regions.

Elsewhere, DOE’s work on scientific computing will be on display at the House Science, Space and Technology Committee.

DOE hosts the two fastest supercomputers in the world, an accomplishment widely viewed as one of the national lab’s best accomplishments. That computing power has helped in a host of scientific fields, including in response to the emergence of the coronavirus pandemic last year.

The Science Committee is undertaking a reauthorization effort of the Office of Science for the first time in nearly a decade. Their work is likely to build off the larger innovation momentum circling Capitol Hill.

Schedule: The Energy and Commerce hearing is Wednesday, May 19, at 10:30 a.m. via webcast.

Schedule: The Science hearing is Wednesday, May 19, at 11 a.m. via webcast.