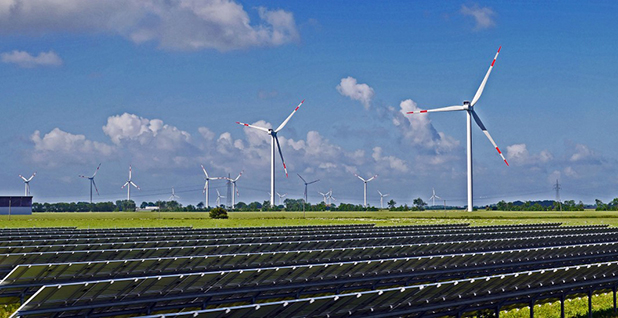 There is increasing talk among some senators about a renewed push for a national clean energy standard. Pxhere

Democrats on both sides of the Capitol are preparing a series of bills that would require utilities to generate a growing percentage of electricity from renewable or low-carbon sources.

In the coming weeks, Democrats are planning to introduce competing legislation to set mandatory national energy goals by specific deadlines, reviving what was once a top party policy objective throughout the presidency of George W. Bush and the early years of President Obama’s first term.

But a summary of the bill circulating on Capitol Hill says it would result in more than 75% lower emissions from the power sector by 2032, with 2005 levels set as the baseline.

"Targets are utility specific, but this bill puts every utility on a path to 100% clean electricity," according to the summary, which says the bill is supported by the United Steelworkers and the Utility Workers Union of America.

Smith’s standard is slightly less than the 80% proposed by Obama in his 2011 State of the Union address but would be achieved three years earlier.

Rep. Ben Ray Luján (D-N.M.) will introduce a House version of the bill, according to an email from Smith’s office seeking co-sponsors.

In an interview with E&E News at the House Democratic retreat in Leesburg, Va., Luján declined to offer a timeline for the proposal, which is one of several clean energy measures he plans.

"We’re still working through how aggressive we can be and thoughtful and try to garner as much bipartisan support as we can," he said.

Udall, who successfully pushed a renewable electricity standard (RES) through the House before becoming a senator, pointed to states such as his own, which last month hiked its renewable power requirements (Greenwire, March 25).

"It’s clearly part of what needs to happen on a national basis," he told E&E News last week, noting that more than half of states have similar renewable mandates.

"They’re pushing the envelope on them," Udall said. "If we had a national standard, we’d be making a big difference in terms of the power sector."

Udall signaled that he, too, is wrestling with which power sources should qualify. "That’s one of the debates," he said.

A Udall spokesman described the bill yesterday as RES “building on the successes of recent state bills in New Mexico and California."

"I think it should be based on carbon intensity and avoid all the parochial battles over one form or another," he said in an interview this week.

"I think we need to start applying what’s working in places like New Mexico and look at that model more broadly because just frankly of all the policy choices, this is something that’s already proven its worth," he said.

Illinois’ ongoing efforts to aid struggling nuclear plants while also boosting renewables in the state are also motivating Sen. Tammy Duckworth to write her own CES, which will be part of a broader climate bill the Illinois Democrat is assembling, an aide said yesterday.

The senator is "looking to capitalize on the momentum that our state has taken on climate change and renewable energy," said the aide, noting Illinois provides an example of how to build a successful coalition on climate.

"The senator believes strongly that the Midwest and a state like Illinois needs to be part of the discussion — it shouldn’t only be people from the coasts."

GOP ‘torn between a lot of lovers’

Key Republican lawmakers this week said they were unfamiliar with Democrats’ rekindled legislative interest in national power standards, including Rep. John Shimkus (R-Ill.), the ranking member on the Energy and Commerce Subcommittee on Environment and Climate Change.

He noted the ongoing debate in his own state on expanding clean energy goals but said Republicans "would have a hard time accepting a federal mandate" on renewables.

Nonetheless, he suggested that Democrats could draw enough support from certain quarters of the GOP caucus to get a CES bill through the House.

"Could you get something off the floor?" he said in an interview this week. "You probably could. I think you’d have to be careful how big you make it."

Support for carbon-free nuclear power could be the "sweet spot," he said. "That could be a pathway," he added.

However, it may pose a personal dilemma for Shimkus, an ardent nuclear backer who also has coal mines, coal plants and petroleum refineries in his district.

"I’d be torn between a lot of lovers," he cracked.

Her Democratic counterpart on the committee, Joe Manchin of West Virginia, hasn’t spoken to his colleagues about the issue either, he told E&E News as he got into an elevator this week.

Sen. Bill Cassidy (R-La.) said he was skeptical of renewable mandates, which he said his state would struggle to meet.

"Louisiana does not really have, beyond distributed energy, the utility level of renewable energy availability," he said.

Cassidy questioned whether an RES would cause its own unintended environmental consequences by requiring the clearing of forests for wind or solar farms to produce enough power "that actually makes a difference."

While she prefers a carbon tax, a CES would also be an effective mechanism to reduce carbon emissions, Sarah Ladislaw, director of the energy and national security program at the Center for Strategic and International Studies, testified yesterday before the ENR panel.

"You could probably do most of the work that you need in the electric power sector in terms of decarbonizing through a policy like a clean energy standard," she said during a climate change hearing.

One key House Democrat said this week he was unaware of his Senate colleagues’ interest in low-carbon power mandates but signaled he’d like to learn more.

"We’ll look at what they’re doing and if we can join them in the effort or modify it, whatever," said Environment and Climate Change Subcommittee Chairman Paul Tonko (D-N.Y.). "But standards are good."