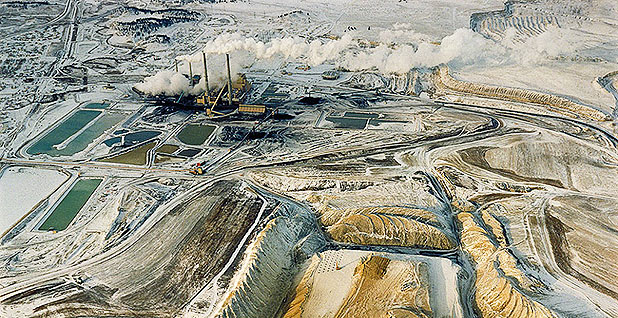 Westmoreland Mining Holdings LLC filed a lawsuit this morning with the U.S. Court of Appeals for the District of Columbia Circuit as EPA officially published its final decision in the Federal Register.

The suit does not spell out the issues that Westmoreland plans to raise, and an attorney with the company’s law firm, BakerHostetler, declined to speak on the record. But the filing appears to presage a wide-ranging assault on what are officially known as the Mercury and Air Toxics Standards, dating back to EPA’s original 2000 determination that it was "appropriate and necessary" to regulate hazardous pollutants from coal- and oil-fired power plants.

Environmental groups have been predicting that line of attack ever since the Trump administration proposed repealing the "appropriate and necessary" determination in late 2018 on the grounds that the Obama administration’s justification for issuing the standards was deeply flawed.

Virtually all of the power industry has long since complied with the 2012 standards; as recently as this week, EPA Administrator Andrew Wheeler noted that the existing emissions limits will remain in place. But critics maintained that the coal industry would be quick to seek to roll back the full set of regulations once the statutorily required basis was gone.

They had expected that Murray Energy Corp., the privately owned Ohio-based coal giant that Wheeler once represented as a contract lobbyist, would lead that effort. But Murray, which is also represented by BakerHostetler, is now battling to stay in business amid an industrywide downturn stemming from ultra-low natural gas prices.

Westmoreland, whose origins date back more than 150 years, has also struggled but emerged from bankruptcy last year. The suit filed today is likely to be the first of many brought in the wake of EPA’s decision; today’s publication of the final rule opens a 60-day window for legal challenges to be brought before the D.C. Circuit.

Jeff Holmstead, a partner at Bracewell LLP, a law and lobbying firm, predicted that the company would have an uphill battle if it argued for full revocation of MATS because the court ruled more than a decade ago on that issue in New Jersey v. EPA.

Even if the panel of current judges who ultimately preside over this new round of litigation disagree with that ruling, they are still bound by that ruling unless the full circuit court or the Supreme Court overrules it, Holmstead said in an email, adding that it is "extremely unlikely" that either would agree to hear the case.

He said, however, that the company could opt against challenging MATS, but instead argue that EPA cannot set new regulations for power plants under Section 112 of the Clean Air Act now that it has scrapped the appropriate and necessary determination. "This is a much better argument," Holmstead said, but he predicted that the circuit court would avoid making a decision "unless and until" EPA in fact attempts to impose new rules.

In comments filed last year on what was then EPA’s proposal, the National Bituminous Coal Group, also a BakerHostetler client, appeared to have the future in mind as it urged the agency to abandon Section 112, which covers industrial sources of hazardous pollutants, in favor of "the flexible, cooperative-federalism approach offered by Section 111" of the act.

Following the 2012 issuance of MATS, "the second war on coal will be fought through battles over particulate matter emissions," the group said in its comments. "Keeping coal power plants under Section 112 leaves this potent field of attack wide open — an opportunity for national uniform control mandates that force dozens of gigawatts to either install new controls or shut down, all in one fell swoop."