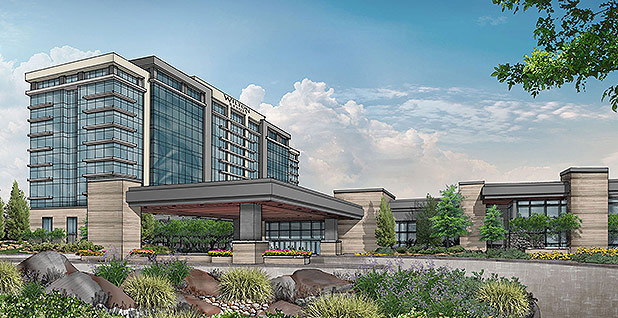 A fight over a proposed tribal casino in California has illuminated some hectic Interior Department decisionmaking at the tail end of the Obama administration.

It’s a technical decision, but a pointed one, with McFaddden concluding there was evidence of "bad faith" by Interior officials. The 16-page decision is also instructive, offering a behind-the-scenes snapshot of an administration’s furious final days.

"It was not until November 2016, after the presidential election and after it became clear that a different political party would control the Executive Branch, that the department ‘shifted into warp speed’ to approve the [tribe’s] application," McFadden noted in the May 30 decision.

The tribe and its business partner want to build a casino with 2,500 slot machines, along with a hotel and convention center on the 39.5-acre site that abuts busy Highway 99.

In the Wilton Rancheria case, McFadden allowed that "it is plausible that the agency’s actions are consistent with meeting a deadline and not further delaying the tribe’s application" to have Interior take land into trust for construction of a casino.

Or perhaps, the Trump-appointed judge added, other motives might have steered Interior’s decisionmaking.

"It could also be that the compressed timeframe, the agency’s stated desire to issue the decision before the change in administrations — not only of the president, but also of the political party of that office-holder — and political pressure led to blinders being put on the agency and an ‘unalterably closed mind,’" McFaddden wrote.

The Wilton Rancheria first applied in 2013 to BIA to acquire land in trust on its behalf for a casino proposed for a 282-acre plot near Galt, Calif. In 2016, the tribe shifted the proposed location to the Elk Grove site, about 6 miles away.

Some Elk Grove residents and a nonprofit group called Stand Up for California! oppose the move and have challenged BIA’s decision in federal court in Washington.

"Stand Up for California is a front for local card rooms and other gaming interests. The federal court in Washington, D.C., has already ruled against them and in favor of the federal government and Wilton Rancheria on claims concerning the decision to place land into federal trust for the Tribe," Wilton Rancheria Chairman Raymond Hitchcock said in a statement.

Hitchcock added that "Wilton Rancheria is confident that the federal court will again rule in our favor on the remaining claims. The facts are that our Tribe was landless for nearly six decades, and the approval of the Elk Grove site was the culmination of years of studying potential environmental impacts at a number of sites."

During a Jan. 13, 2107, court hearing, a judge asked the government about the timing for a possible decision and was told there was "still some uncertainty left." Six days later, the decision was published in what had become a political pressure cooker.

Emails in December "show that the Senate Committee on Indian Affairs was keeping a close eye on the timeline" and warned BIA that then-Senate Minority Leader Harry Reid (D-Nev.) "will need to get involved soon," McFadden recounted.

"This matter is extremely time sensitive and we urge Interior to endeavor to get this under [the] wire before the new administration comes in," a Senate committee staffer wrote in one email.

McFadden concluded that the decision’s timing and "other circumstances" establish a "prima facie case that the Department acted improperly in making its decision" about the Wilton Rancheria application.

As a result, while not giving the casino opponents everything they asked for, McFadden granted their discovery request for a so-called privilege log that could further shed light on Interior’s decisionmaking and interactions with consultants.