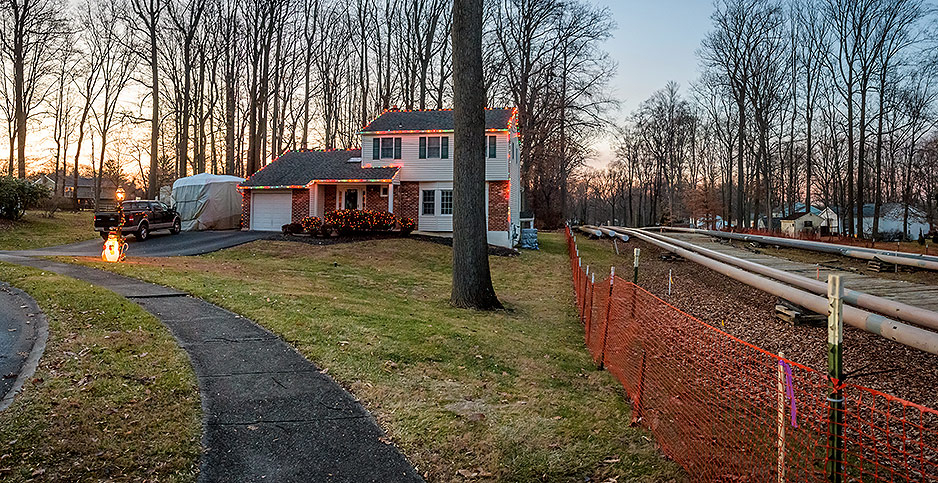 This story was updated at 2:53 p.m. EST to include more recent figures from Cornerstone Research and Stanford Law School.

Pipeline giant Energy Transfer Partners is in the crosshairs of trial attorneys who say an FBI investigation into approval of one of its pipelines points to fraud.

At least three lawsuits seeking class-action status have been filed against the Dallas-based company, and more than a dozen firms have advertised that they are seeking investors interested in joining such suits.

The cases point to news reports from November that the FBI is investigating Pennsylvania’s approval of Energy Transfer’s Mariner East 2 pipeline. They also state that the existence of the investigation indicates the company got permits through "bribery," "coercion" or "other illicit means."

The swirl of litigation could spell trouble for the company as it tries to finish several key infrastructure projects, including plans to increase capacity on the controversial Dakota Access pipeline, which runs from North Dakota to Illinois.

It also faces a skeptical public and criminal investigations as it seeks to repair its Revolution pipeline in western Pennsylvania and finish the Mariner East project that terminates near Philadelphia.

Some experts are skeptical of the fraud allegations, questioning accusations against the company and the merits of the lawsuits filed. Still, experienced law firms are unlikely to invest in a case without believing it has merit, said Thomas Hazen, a University of North Carolina professor of business law.

"Obviously, they’re smelling something in the water," Hazen said.

Yet others like Ethan Bellamy, an analyst at Robert W. Baird & Co., said most investors will see the cases as "run-of-the-mill legal industry opportunism."

The company denies wrongdoing and has not been contacted by the FBI, according to a spokeswoman. But the company declined comment on the pending litigation.

According to research by Cornerstone Research and the Stanford Law School Securities Class Action Clearinghouse, between 1997 and 2018, there were an average of nine such cases filed a year, compared with 30 for financial firms and 50 for some types of consumer goods companies. The analysis excluded mergers and acquisition litigation.

Beyond the lawsuits, some analysts say the steady drumbeat of problems could be hitting Energy Transfer financially. A recent research report from Morningstar Inc. says its stock price could be suffering because of "ESG," or environmental, social and governance, issues.

"Energy Transfer is one of the cheapest midstream firms we cover," the report said. "But that could be related to its relatively high exposure to ESG-related factors."

The company stock price dropped nearly 7% at the time news of the investigation hit but has since rebounded. But Energy Transfer has stayed in the headlines, getting tangled in another criminal investigation in Pennsylvania and adding former Energy Secretary Rick Perry to the board that oversees the company (Greenwire, Jan. 20).

Energy Transfer is a multibillion-dollar firm with 86,000 miles of pipelines along with storage and processing facilities.

Helmed by billionaire Kelcy Warren, the Dallas-based company has its roots in Texas but moved into North Dakota and Pennsylvania to capitalize on the shale drilling boom.

The existence of the FBI investigation was first reported Nov. 12, 2019, by the Associated Press and later confirmed by The Philadelphia Inquirer. They reported that the investigation focuses on the approval of the company’s permit for the Mariner East 2 pipeline by the office of Gov. Tom Wolf (D).

The 350-mile pipeline is to carry natural gas liquids from the Marcellus Shale region to a processing facility near Philadelphia.

The $3 billion project has been slowed by spills, sinkholes and a yearlong regulatory standoff linked to an explosion on another Energy Transfer pipeline in the state. People who live in the path of the 20-inch pipe in the Philadelphia suburbs have expressed outrage that the line is running close to homes and schools.

Before all that, Energy Transfer had trouble with its permits for Mariner East. The state Department of Environmental Protection, part of Wolf’s administration, found hundreds of deficiencies with the company’s application in 2016. The agency permitted the pipeline in 2017 even though some deficiencies remained after the timeline was accelerated.

Wolf has been less friendly than some of his predecessors to the shale drillers in his state tapping gas in the Marcellus Shale, but he’s shown more favor to the pipeline industry (Energywire, Jan. 7, 2020).

The FBI investigation is one of many sticky situations the company has found itself in in recent years. The company sprang into the public eye with Dakota Access, where clashes between protesters and law enforcement officers made national news for weeks (Energywire, Nov. 14, 2019).

More recently, an Energy Transfer security manager was charged by a suburban Philadelphia prosecutor in a "buy-a-badge" scheme. The charges against him include bribery in connection with hiring law enforcement officers to protect the Mariner project (Energywire, Dec. 5, 2019).

And the company had to pay a record $30 million fine to Pennsylvania in connection with the explosion case in order to restart construction on Mariner.

Yet law firms have big legal hurdles to overcome before they can even get such a case like the one facing Energy Transfer before a jury, Hazen said.

For the class-action lawsuits to get going in earnest, a judge would have to certify them, then rule on a likely legal challenge from Energy Transfer that the allegations are without merit, he said.

Only then can the lawyers get to the point of demanding documents and forcing executives to sit for interviews. The bar wasn’t always so high, Hazen said, but Congress tightened the rules.

"The court now is more of a goalkeeper to block completely frivolous claims," he said.

Other analysts have been skeptical of the fraud allegations.

Following a deadline earlier this month, an investment firm and at least two groups of pension funds and their attorneys began vying, through court filings, to be named lead plaintiffs and lead attorneys in the case.

In response to a question about the investigation, the Philadelphia FBI office gave its traditional response, refusing to "confirm or deny" the existence of an investigation.