Lawyer on ACE: ‘This administration is gambling big’ 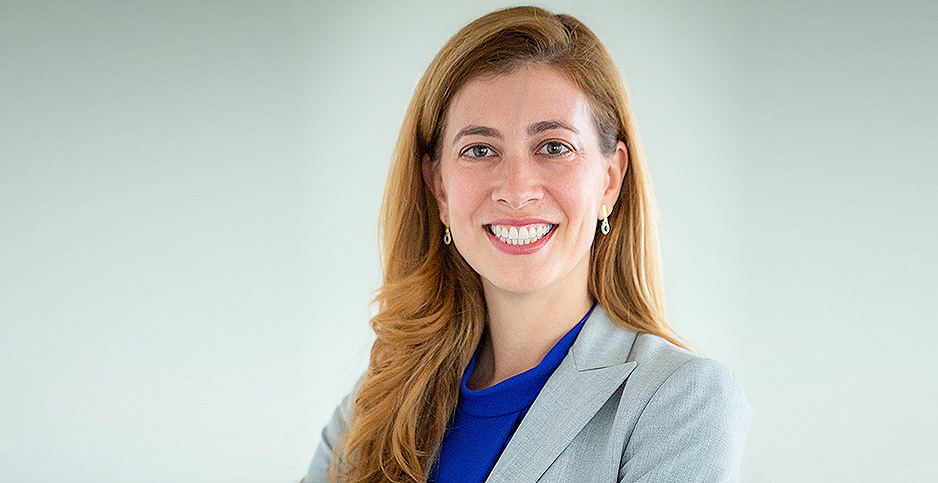 Second in a two-part miniseries. Click here to read the first part.

For Amanda Shafer Berman, the Clean Power Plan represented the fight of a lifetime.

The lawyer played a key role in helping the Obama administration’s Justice Department defend the rule in September 2016.

During a marathon oral argument that lasted nearly eight hours, Berman argued before the U.S. Court of Appeals for the District of Columbia Circuit that the rule set achievable targets for states and fell within the scope of the Clean Air Act.

Berman remembers feeling confident her team would prevail and the Clean Power Plan would go into effect, significantly slashing planet-warming emissions from coal-fired power plants around the country.

But the D.C. Circuit never decided the case, and a Supreme Court stay prevented the rule from ever going into effect. The Trump administration this week proposed a watered-down replacement known as the Affordable Clean Energy, or ACE, rule.

Now 39 years old and counsel at the firm Crowell & Moring LLP, Berman is bracing for another scrappy fight — this time over ACE. She believes the battle could have big implications for future efforts to clamp down on power plant emissions.

"This administration is gambling big," she said in a recent interview. "If it wins, it doesn’t just prevail in defending this rule, but it could also prevent future administrations from taking a more aggressive approach to regulating emissions from the power sector."

The Pittsburgh-area native and mother of two recently sat down with E&E News to discuss the "exhilarating" Clean Power Plan oral argument, her interactions with now-Supreme Court Justice Brett Kavanaugh and her expectations for the ACE litigation.

What was it like defending the Clean Power Plan in court?

It was exhilarating. I have to say it’s probably the highlight of my career so far. And I have been lucky to have had a number of exciting cases during my career, so I don’t say that lightly.

The day of the oral argument was certainly nerve-wracking. It felt like the stakes were really high. But once the argument started, I really enjoyed the experience because I like having that conversation with the court. And I’m proud of the job that my whole team did that day. I think we did a great job.

Can you recall any particularly memorable moments in the courtroom?

To be honest, it was kind of a blur. There’s something about when you’re up there so that when you sit down afterward, it all sort of blurs in your mind.

I also remember my colleague doing the first part of the argument, which was about the beyond-the-fence-line issue. It was about whether these measures that go beyond efficiency improvements at a plant could lawfully be part of the best system of emissions reduction. We all thought that might be a tough sell.

Did you think you would win?

I do remember listening to some of the questions coming from what I would call the moderate judges and thinking, "Oh, my goodness, I think we’re going to win this case.’ You know, I think we had a majority of the court seeing things the way we saw things, and agreeing with us that there was not a hard line at the fence line, so to speak.

The oral argument lasted eight hours, right? Was it a long day?

Yes, the Clean Power Plan was a long day for everyone. If I remember correctly, one of my arguments came right after lunch, which is always a little tough because your brain slows down a bit and you’re worried that the court is maybe feeling a little sleepy. But I think we all stayed on task. And I didn’t envy the others who had to argue later in the afternoon because I think everyone got tired as the day went on.

You argued before Judge Brett Kavanaugh, who’s now a Supreme Court justice. What was that like?

I have argued before Judge Kavanaugh, now Justice Kavanaugh, a number of times. And frankly, I always really enjoyed it. We often disagreed when I was arguing on behalf of EPA, and I don’t think we agreed that day. But he’s a very, very smart guy, and we had a great exchange.

What was your reaction when you learned the Supreme Court had decided to stay the Clean Power Plan?

It was surprising and very disappointing when after we had defeated the stay motions at the D.C. Circuit, the Supreme Court stepped in and stayed the rule anyway. I didn’t expect that.

The Supreme Court had never before stayed a nationwide agency rule prior to a lower court decision, so it was rather extraordinary. Honestly, it was not clear to me then that the court had jurisdiction to do that. And it still isn’t clear to me.

Are you experiencing FOMO about the case?

[Pauses, laughs] I probably shouldn’t admit that I had to look that up because I didn’t know what FOMO was. I see it stands for "fear of missing out." I guess I’m not that young anymore.

I mean, I’m not experiencing FOMO about the Clean Power Plan because there’s nothing to miss out on right now. The rule is still stayed by the Supreme Court. Of course, I am disappointed that we did not get to finish the case and get a decision one way or the other.

What are your expectations for the litigation over the ACE rule?

I’m sure it will be a fight. We’ve already seen statements from both industry and environmental groups indicating that they fully intend to fight over that rule.

I have no doubt that the ACE rule will have many defenders including, of course, my former DOJ colleagues. They are very smart people who will do their best to defend the rule, whatever they might think of it personally. And then on the flip side, many of the lawyers who will probably play a lead role in challenging the ACE rule are also incredibly smart people. So yeah, I’m sure it will be some intense litigation.

Do you think the ACE rule is legally vulnerable?

In the ACE rule, the Trump administration takes a much more limited view of EPA’s authority to address carbon dioxide emissions from power plants under Section 111 of the Clean Air Act. Specifically and most notably, EPA now takes the view that the plain language of the Clean Air Act prohibits it from using outside-the-fence-line measures.

I think there’s more legal risk associated with that position. And I think challengers will argue that EPA’s about-face on that front is unjustified. So it will be interesting to see how the court views EPA’s more restricted approach.

What are the implications of that approach for future administrations?

What do you make of the Trump EPA’s decision to spin off changes to the New Source Review permitting program from the main ACE rule?

I think that was a smart move for them. The proposed NSR revisions are very controversial and legally tricky. So I think decoupling that from the ACE rule probably gives both of them a better chance.

Do you have any tips for the lawyers who will be involved in the ACE litigation?

[Laughs] They don’t need my advice. As I said, they’re all very smart people who have been dealing with these issues much longer than I have.

You know, they’re going to have to deal with the history of EPA’s climate change regulations and all the changes in position we’ve seen over the years by the agency. Challengers may be able to take advantage of those inconsistencies. And supporters of the rule are going to have to find a way to justify them as reasonable changes in direction. To me, that will be the toughest thread flowing through the litigation.

You were at DOJ for 10 years. What was the highlight of your time there?

I mean, probably the Clean Power Plan. I did do a lot of other work, too. I swear I didn’t just do that. [Laughs] But it was definitely the most exciting thing I did.

This interview has been edited and condensed for clarity. Reporter Ellen M. Gilmer contributed.