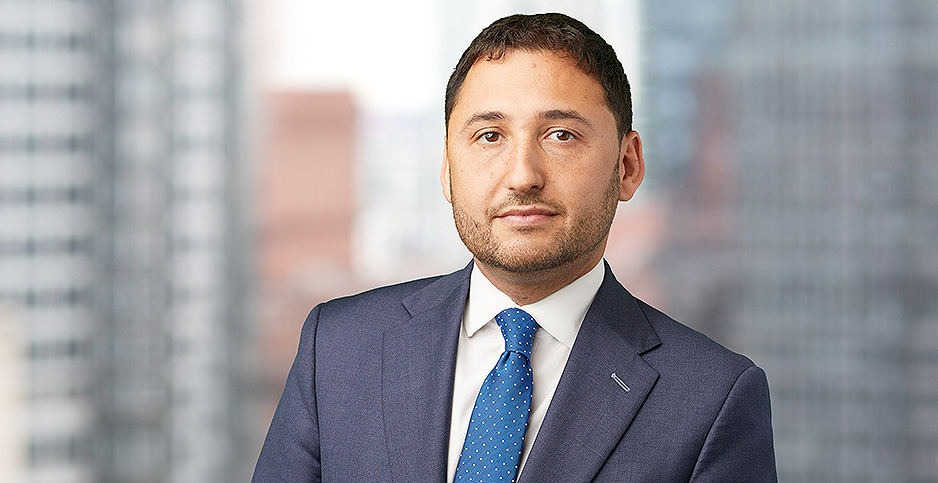 First in a two-part miniseries.

Not all lawyers can boast that they helped take down President Obama’s signature climate rule.

During a marathon oral argument stretching nearly eight hours, the prominent lawyer argued before the U.S. Court of Appeals for the District of Columbia Circuit in September 2016 that the rule set unachievable targets for states.

The Supreme Court ultimately stayed the Clean Power Plan, which would have helped reduce planet-warming emissions from coal-fired power plants across the country. It never went into effect.

Now a partner and head of the appellate and Supreme Court practice at the firm Troutman Sanders, Tseytlin is expecting another tough fight against the Trump administration’s replacement rule, known as the Affordable Clean Energy rule, or ACE.

"ACE is going to be a battle royal with players on both sides," Tseytlin predicted in a recent interview.

The 38-year-old lawyer was originally born in the Soviet Union. His family came to the United States as refugees in 1988, settling in Massachusetts.

After attending Amherst College and Georgetown University Law Center, Tseytlin clerked for Supreme Court Justice Anthony Kennedy. He also worked in the office of West Virginia Attorney General Patrick Morrisey (R) — a leading foe of the Obama administration — as well as in the Wisconsin Department of Justice as solicitor general.

Tseytlin recently spoke with E&E News about sidelining the Clean Power Plan and gaming out the ACE fight.

How did you get involved in the Clean Power Plan litigation?

Well, I was working on the Clean Power Plan when I was in the office of West Virginia Attorney General Patrick Morrisey. And then when I went over to Wisconsin and became solicitor general there, I continued to work on the case, which was still being led by Morrisey, although Wisconsin was also a party challenging the Clean Power Plan.

What was the oral argument at the D.C. Circuit Court like?

It was quite a thrill to argue a case of that significance. It was one of the most memorable days of my legal career.

The actual oral argument itself was a pretty singular experience. It was a 7 ½-hour session split up among many attorneys and covering many different issues. I kind of drew the short end of the stick and was tasked with doing one of the last arguments. I think I might’ve actually been the last attorney up of the more than a dozen attorneys that argued. I spoke around the seventh hour.

Was the court still engaged after seven hours?

Yes, the court remained engaged even after seven hours in. I actually had them pull out a chart that explained the technical difficulties that the Clean Power Plan was going to impose on certain states. I think the judges were engaged with my argument because they sort of had to follow along with me on the chart. And I got a lot of questions from Judge [Janice Rogers] Brown, Judge [David] Tatel and Judge [Sri] Srinivasan. So that was certainly memorable.

You argued that the Clean Power Plan targets were not achievable for states, right?

Yes, the issue with the Clean Power Plan from the point of view of the states is that it set obligations on a statewide basis that were often unrealistic, given the state’s current energy mix. It really would’ve required a significant change from their current energy mix, or it would’ve required them to engage in a high level of interstate trading, which may or may not have occurred.

The ACE rule is not finalized yet. But my understanding is that it won’t look to the statewide energy mix. Rather, it will look to what individual plants can achieve inside the fence line. It will be less of a statewide concern as it was in the Clean Power Plan and more of a plant-by-plant concern.

So in many ways, it will be a much more traditional issue. You know, the imposition of regulations on individual power plants is something that EPA does on a regular basis. Most of those are achievable and achieved; others are more problematic. But in terms of whether the goals of ACE are reasonable, it’s a much more traditional issue than the statewide, interstate generation shifting that was at the heart of some of the practical difficulties with the Clean Power Plan.

Where were you when you learned that the Supreme Court had stayed the Clean Power Plan? What was your reaction?

I was in my office in the Wisconsin solicitor general’s office. It was late in the day, so there weren’t a lot of folks in the office at the time. But there were a couple of people in the office, and of course everyone was thrilled and we went out and got drinks and celebrated. And of course I called my friends in the West Virginia attorney general’s office, including General Morrisey, who had taken such a strong lead role on this. Those were very gratifying and celebratory calls on that day.

What are your expectations for the ACE litigation?

What will the timeline for the litigation be like?

EPA has said publicly that it intends to finalize the ACE rule within the next month. So assuming that EPA sticks to that schedule, the briefing would occur in the fall or maybe the winter. And then there would be the chance for an oral argument during the D.C. Circuit’s 2019-2020 term, which runs from September until May. [Multiple sources say EPA is expected to roll out the final rule next week (Climatewire, June 14).]

Will the ACE fight be as intense as the Clean Power Plan litigation?

Well, it’s hard for a litigation to be quite as intense as the Clean Power Plan. But obviously, this is going to be a battle royal, with a large number of players on both sides. And in terms of the number of parties and the heat that will be generated, I think it’ll probably be comparable.

Do you expect the ACE litigation to go up to the Supreme Court?

You know, it’s always tough to predict that a particular case is going to end up at the U.S. Supreme Court. The Supreme Court’s standards for granting review are traditionally focused on circuit splits or federal statutes being struck down. Obviously, a very significant regulation such as this one could be one of those rare cases that goes up to the Supreme Court without a circuit split or without a federal statute being struck down. But I wouldn’t predict that with confidence without knowing how it’s going to be resolved in the D.C. Circuit.

Why do you think the Trump EPA decided to spin off changes to the New Source Review permitting program from the main ACE rule?

You know, I’m not going to speculate on that without being privy to internal discussions. It would just be pure speculation on my part. But sometimes that is done for litigation purposes, and sometimes it’s just done for administrative purposes if it’s something that should be under a separate docket.

Do you have any tips for the lawyers who will be involved in the ACE litigation?

I mean, I would assume that the lawyers that are going to be involved in litigation of this caliber are very experienced both in the D.C. Circuit and high-stakes litigation. So I wouldn’t be arrogant enough to deliver any advice.

This interview has been edited and condensed for clarity. Reporter Ellen M. Gilmer contributed.