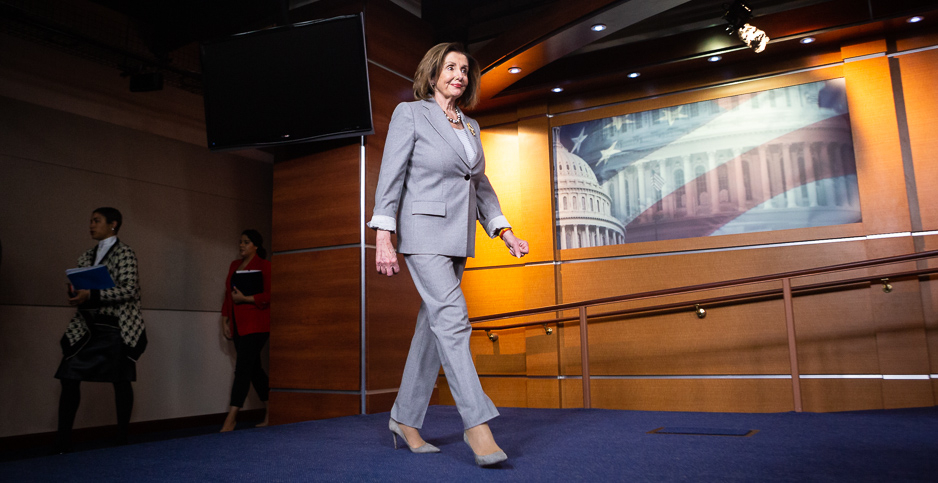 House and Senate negotiators have abandoned efforts to include drinking water standards for the class of chemicals known as PFAS in the year-end spending deal, which is expected to be announced today.

The absence of PFAS water standards from the year-end deal marked the second time this month that bicameral talks have come close to bipartisan agreement on possible drinking water standards for per- and polyfluoroalkyl substances.

Weekend negotiations on energy tax extenders also struggled, raising questions about another end-of-year priority for many lawmakers and energy sectors.

With just five days until current spending levels run out, negotiators last night were closing in on an agreement that is expected to be announced today.

A spending deal would resolve all 12 of the annual appropriations bills for fiscal 2020 and would be the vehicle to extend an assortment of lapsed energy tax breaks.

Also on tap this week — the last legislative week of the year: The House is slated to vote on articles of impeachment (see related story) and the United States-Mexico-Canada Agreement (USMCA), while the Senate is expected to pass the National Defense Authorization Act (NDAA).

But topping the to-do list is completing the appropriations process, which continued last night as negotiators looked to sort out the remaining sticking points.

Last night’s collapse on PFAS marked the end for the eleventh-hour push that emerged after a deal to address the ubiquitous class of chemicals fell apart in NDAA negotiations earlier this month (E&E Daily, Dec. 13).

Those talks centered around a provision dropped from the NDAA that would have required EPA to set a national drinking water standard on two of the chemicals within two years.

Rep. John Shimkus (R-Ill.), a senior member of the House Energy and Commerce Committee, lamented the lack of a year-end agreement.

"I’m disappointed that Congress yet again will not require EPA to set a drinking water standard for any PFAS in the year-end spending deal, just as we failed to do so in NDAA," Shimkus said in a statement.

"More progress could have been made toward protecting public health if my friends who opposed these provisions would not continue allowing their perfect to be the enemy of everyone’s good."

Separate negotiations this weekend focused on resolving a host of lingering tax issues, including the lapsed or soon-to-expire energy tax breaks known as extenders.

Sources on and off Capitol Hill said this weekend that the scope of the package continued to be a sticking point, with the White House resistant to Democratic requests for an expansion of the electric vehicle tax credit and extensions of key renewable incentives.

The fate of the EV credit is widely seen as linked to a multiyear phaseout of the biodiesel tax credit that is a top priority for Senate Finance Chairman Chuck Grassley.

The Iowa Republican took to Twitter over the weekend to complain that he had been shut out of talks between House Speaker Nancy Pelosi (D-Calif.) and Treasury Secretary Steven Mnuchin.

"Rumors going around abt negotiations going on between Pelosi Mnuchin and White House on tax policy that detrimental to farmers that this Chr of Finance has not had input. The President loves farmers and I remind Mnuchin of that," Grassley wrote Saturday, tagging President Trump.

A rumored backup "skinny" extenders package would simply extend the current assortment of credits, which include efficiency, biofuels and alternative vehicle incentives, through the end of 2020, with 2018 and 2019 retroactively added to the code. Any year-end tax deal is expected to be added to the omnibus spending measure.

An additional hurdle for lawmakers anxious to get home for the holidays is the unresolved fate of coal miners’ pensions (E&E Daily, Dec. 5).

West Virginia Democratic Sen. Joe Manchin has repeatedly said for weeks he will block votes on anything until the pensions are rescued.

"Anything and everything, even if we have [to] stay here until Christmas, New Year’s or whatever," Manchin said last week about blocking unanimous consent to bring up bills before the end-of-year recess.

"We’ve been making promises to all these thousands of people who built this country, and they’re going to walk out of here thinking we are going to do extenders and all the things they want to do and leave miners high and dry?" Manchin said.

"That’s not going to happen."

While the landmark successor treaty to the North American Free Trade Agreement appeared on a glide path to a successful House vote this week, the deal hit some turbulence over the weekend.

Politico reported yesterday that Mexico’s top trade negotiator flew to Washington, D.C., to complain about provisions in the USMCA implementing legislation that would allow U.S. officials to continually monitor labor standards south of the border.

The dispute centers on the enhanced enforcement of labor that House Democrats declared victory over when the USMCA deal was announced last week.

Lawmakers will have the chance to make changes to the deal tomorrow, when the Ways and Means Committee marks up the implementing bill.

The full House is expected to approve the bill with bipartisan support before the end of the week, despite the opposition of major environmental groups (E&E News PM, Dec. 13).

The Senate is likely to vote on the trade pact next year after Trump’s impeachment trial.