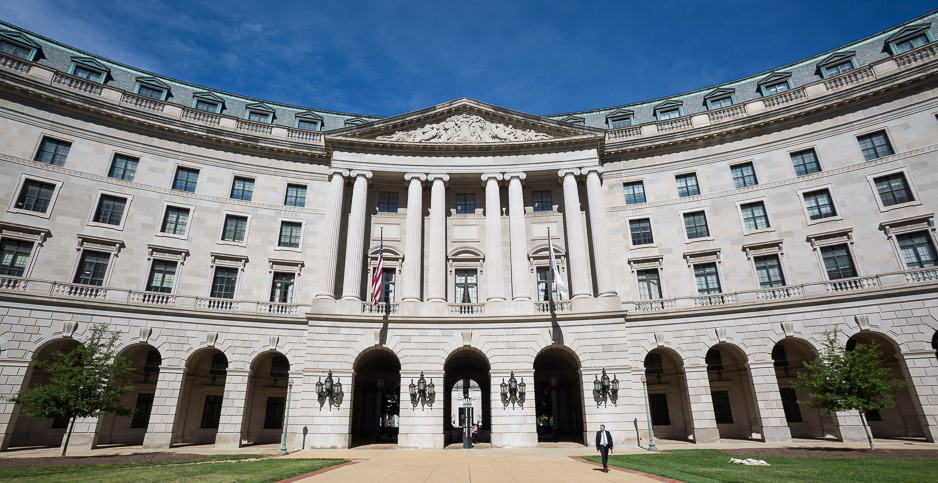 EPA could face criticism that it is trying to circumvent a high-profile Clean Water Act ruling through new draft guidance that interprets the Supreme Court opinion.

In a draft memo reviewed by E&E News, EPA Assistant Administrator for the Office of Water David Ross aimed to provide some clarity to industry following County of Maui v. Hawaii Wildlife Fund, a case in which the Supreme Court offered a test to probe whether federal permits are required for pollution that moves through groundwater before spewing into the Pacific Ocean.

In a 6-3 opinion led by Justice Stephen Breyer, the court found the question to be answered is whether pollution is "the functional equivalent of a direct discharge from the point source into navigable waters" — an outcome that industry attorneys said would create a new era of regulatory uncertainty (Greenwire, April 23).

The interpretation of that court ruling could have sweeping implications for whether — and how — federal regulators oversee and curb pollution from facilities like coal ash ponds, waste lagoons and livestock operations.

The justices said such a determination hinges on several factors, including time and the distance the pollution travels, as well as the nature of the material through which the contaminants move. Some indirect paths, the court wrote, may have the ability to dilute or chemically alter pollution that travels through them.

EPA’s guidance adds new factors to the test the court laid out — additions that may amount to loopholes, said the Natural Resources Defense Council’s director of federal water policy, Jon Devine, who reviewed the document.

For example, he noted the guidance calls on permit holders to consider the type of facility where the pollution is generated, a move that could put a "thumb on the scale" against requiring permits at facilities like poorly designed waste pits and lagoons across the country.

"If they’re able to avoid Clean Water Act scrutiny for the pollution they cause to rivers and lakes that they’re near, it’s just contrary to the purpose of the law," Devine said.

The guidance also ignores the court’s plain emphasis that pollution from facilities that predictably travels through groundwater into surface waters should be regulated by the Clean Water Act, he said.

"It sets up a series of tests such that most discharge through groundwater are unlikely to require permitting," said Devine.

Former Justice Department senior trial attorney Larry Liebesman said he didn’t see loopholes in the memo, but he noted that EPA could face scrutiny for its decision to issue a guidance document, rather than engage in formal rulemaking. Then again, he said, the Supreme Court did suggest that EPA guidance would be appropriate.

The Trump administration is "trying to put some meat on the bones of the Supreme Court’s Maui opinion in a way that might limit the ability to regulate discharges via groundwater," said Liebesman, who is now a senior adviser at the consulting firm Dawson & Associates.

Because the document is guidance, rather than a rule, the incoming Biden administration would have an easier time reversing EPA’s interpretation, especially since the Trump administration has a limited amount of time to finalize the document. But Holland & Hart partner Ashley Peck questioned whether the president-elect would prioritize such a change.

"The memorandum does not establish bright line rules or exemptions and instead recognizes that the totality of the circumstances must be examined in determining whether there is a functional equivalent of a discharge," she said.

In the draft memo, EPA offers several recommendations to the regulated community and permitting authorities on how to implement the Maui opinion as part of the National Pollutant Discharge Elimination System (NPDES) permit program.

Ross clarifies that an actual discharge of a pollutant from a point source to a water of the United States triggers the duty to apply for a NPDES permit.

But the memo goes on to say that a "mere suggestion, assertion or allegation that a point source discharge of pollutants is or may be reaching a water of the United States via groundwater without supporting information or evidence or documentation is not sufficient to trigger the duty to apply for, or the requirement to obtain, a NPDES permit."

EPA also appears to shift the responsibility off polluters, writing that "neither the ‘functional equivalent’ analysis set out by the Supreme Court nor the CWA itself requires a facility owner or operator or a permitting agency to prove the absence of a discharge."

A second requirement for federal oversight: Discharges of pollutants that reach a water of the U.S. must originate from a point source.

EPA goes on to identify five "principal areas of inquiry" to inform any "functional equivalent" analysis, including the design of the system or facility that discharged the pollution, and characteristics of the subsurface aquifer and hydrogeology through which the pollutant travels.

Ross also emphasized that while its guidance isn’t identical to that of the Supreme Court, its areas of inquiry are "consistent with and supplement the factors identified in Maui."

The guidance document states that the Supreme Court’s ruling in Maui should not be read to expand federal or state permitting regimes "in any meaningful way."

EPA "recommends that this guidance be used to ensure the NPDES permit program remains focused on addressing direct discharges of pollutants to waters of the United States and those rare occasions where a discharge of pollutants through groundwater and into a water of the United States is truly the ‘functional equivalent’ of a direct discharge to jurisdictional surface waters," the document says.

The argument echoes claims an industry attorney made in a recent case before the 7th U.S. Circuit Court of Appeals that explored how the lower courts should interpret the "functional equivalent" standard.

Gibson, Dunn & Crutcher LLP partner Allyson Ho made the case that Maui should not be read to extend the scope of the Clean Water Act to pollution that leaked from coal ash ponds at Illinois’ shuttered Vermilion Power Station through groundwater and into a nearby river (E&E News PM, Nov. 13).

She said Breyer’s opinion "sets forth a command" that his test is not meant to override state permitting authority.

Liebesman agreed that Breyer was "very sensitive" about the relationship between state and federal permitting requirements.

"I can certainly see where an argument might be made that an expansive reading of Maui could be seen as intruding on those principles and violating Justice Breyer’s interpretation," he said.