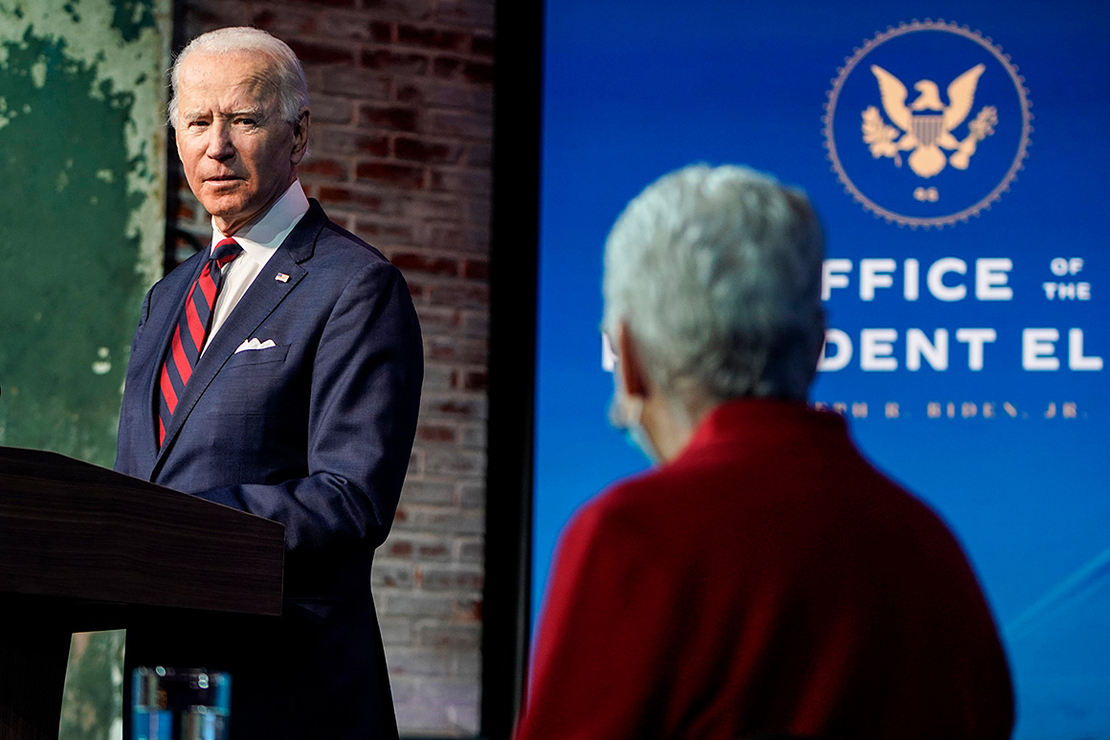 Eight years ago, then-President Obama declared that if lawmakers did not pursue action against climate change, he would. But those ambitious executive actions never materialized to the degree progressives had hoped.

Now, a year after Obama’s vice president won the White House, progressives are starting to fear the Biden administration has squandered its first year on the regulatory front, missing low-hanging fruit, even after issuing a flurry of early executive orders.

“What we’re seeing is really routine, lackluster — and the clock is ticking,” said Brett Hartl, government affairs director at the Center for Biological Diversity. “The underwhelming results from the [Glasgow climate summit] in our minds really reemphasizes the need to be more aggressive from a regulatory perspective.”

Specifically, Hartl and other progressives criticized the administration for dillydallying on too many rules — from actions on the Clean Water Act to endangered species. They say plans to address chemical contamination or methane emissions indicate a lack of urgency.

“My gut feeling is he has no clue and no desire to take on environmental stuff — none,” said Kyla Bennett, a director at the group Public Employees for Environmental Responsibility. “It just seems like they are doing the bare minimum because they are Democrats.”

To be sure, federal regulations take time to craft and finalize, and few definitive actions can be achieved in a year. Yet by one metric, the Obama White House regulatory review office cleared more than twice the number of actions compared to the current administration — 60 to 27 — said Matt Kent, a regulatory policy associate at Public Citizen. While not all actions are created equal, he added, there has been less activity.

The White House, which did not respond to requests for comment for this story, has said they want to ensure rules like the National Environmental Policy Act withstand judicial scrutiny, so they have taken a phased approach.

Without a doubt, all environmental rules will be challenged in court and former President Trump dramatically increased the number of conservatives in courts around the country.

“From what I’ve observed, they are being careful,” noted Ricky Revesz, a professor at New York University. “The question isn’t if they get sued. It is what is the probability of winning after litigation.”

Revesz, who has been mentioned as a possible Biden nominee to lead the Office of Information and Regulatory Affairs, lauded the current administration for progress on big-ticket items like reestablishing the social cost of carbon metric as well as standards on vehicle and methane emissions.

Still, the Biden team may not have much time. An administration really only has 3 ½ years to accomplish its regulatory goals. The last six months of a term essentially don’t count because a future Congress and White House can quickly strike rules using the Congressional Review Act.

And if the Democrats lose Congress next year, Republicans will likely deploy legislation and a barrage of spending bill riders to attack the Biden agenda, just like they did in 2011 when they took the House during the Obama years.

“It is partly personnel and it is also vision and overall political strategy,” Hartl said. “When [former Trump Interior Secretary David] Bernhardt came in, he knew exactly what he wanted from Day 1 and he made it happen. And there’s not the equivalent person in the Biden administration.”

The burden of pestering the administration tends to fall to smaller, scrappier groups, with the big establishment organizations more reluctant to attack their allies inside the halls of power.

Dozens of Biden political appointees came from groups like the Center for American Progress. And Gina McCarthy, the White House climate czar, hails from the Natural Resources Defense Council.

Some observers and advocates think many EPA and Interior actions go through McCarthy. And although she has the expertise — from running the EPA under Obama and leading a big NGO — her background is more establishment than activist, critics say.

“When has she ever been bold?” Bennett asked. “We need drastic change, and we’re not getting it.”

Mike McKenna, an energy lobbyist who worked in the Trump White House, thought her role has slowed the pace of regulations.

“You can’t run a regulatory regime out of the White House. It’s good because you get a unified message. But it’s bad because you can’t get stuff done,” McKenna said.

The Biden team has been focused on the infrastructure package and the reconciliation bill, said Dan Bosch, director of regulatory policy at the conservative American Action Forum.

If action at agencies doesn’t ramp up, progressive and environmental groups will likely become more aggressive in forcing the administration’s hand — including through litigation.

“The Trump administration was like, ‘We’re going to pander to our base the whole damn time,’” Hartl said. “This administration is more trying to triangulate in the center — I’ve always thought that doesn’t actually work.”