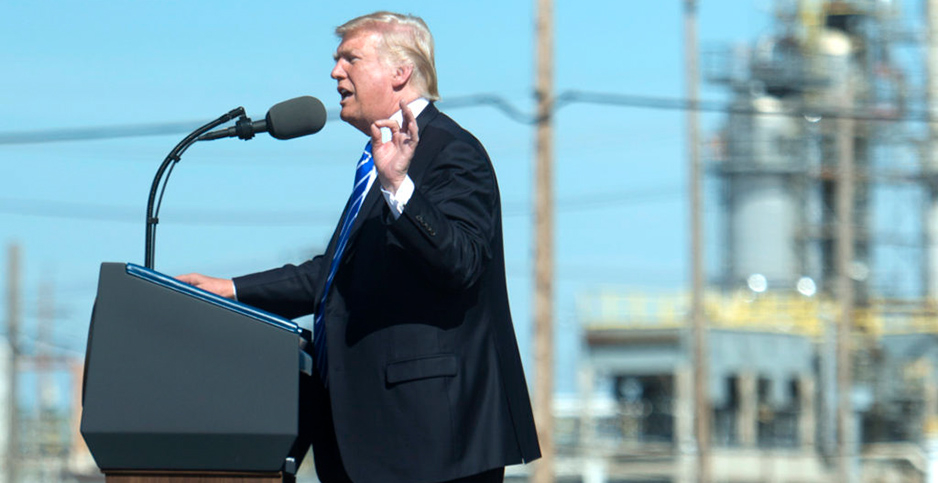 The Trump administration has failed to successfully defend any climate-related regulatory rollbacks before the courts during the president’s time in office thus far, according to a new report from the Sabin Center for Climate Change Law at Columbia University.

They were culled from a database of more than 200 litigation matters tracked through a partnership between the Sabin Center and law firm Arnold & Porter LLP.

The cases’ subjects ranged from fossil fuel infrastructure to land and wildlife issues, though the volume of cases in each area isn’t necessarily a read on whether they had a greater impact on policy over others.

Transportation and power plant emissions, for example, made up a smaller category but could represent a more substantial impact on policy.

In 2017 and 2018, challengers filed 12 cases challenging Trump administration efforts to delay or roll back climate protections. Five of those resulted in a ruling against Trump, and five pressured the government to end the delay in question and were then dismissed or allowed to lapse. The rest are pending.

The courts have also halted some of the Trump administration’s efforts to increase fossil fuel development without adequate environmental review.

Courts ordered additional analysis, for example, after the Interior Department lifted an Obama-era moratorium on coal leasing on public lands and when the State Department issued a key permit for the Keystone XL pipeline.

Meanwhile, cases promoting transparency and enforcing climate protections increased in 2018 — at least in part, the report says, in response "to underlying opportunities to challenge current and previous administration policies."

Many of those transparency cases brought to light corruption and unethical behavior on the part of government officials, the report says. In one such case brought by the Sierra Club, Freedom of Information Act requests unearthed "24,000 pages of EPA emails and call logs that it reported to reveal a ‘culture of corruption’ in Pruitt’s EPA."

"Direct defense" cases, with parties seeking to defend climate-protective policies, made up about 8% of climate litigation for 2018, the report found.

But according to the report, that number is "indicative of the broader suite of opportunities to challenge the Trump Administration’s climate policy — or lack thereof."

Nongovernmental organizations were most frequently the plaintiffs or petitioners in the "pro" cases, at 77%, frequently challenging EPA and the Interior Department.

Industry actors brought 16% of total cases but made up the vast majority of the "con" category — those seeking to weaken climate protections — at 70%.

The report concludes that attempts to undermine climate regulation remain "constrained by the court through vigilant litigation."

"As climate change cases develop, the courts will continue to be an important arena for enforcing administrative, statutory, and other legal obligations," the Sabin Center said in a statement about the report.