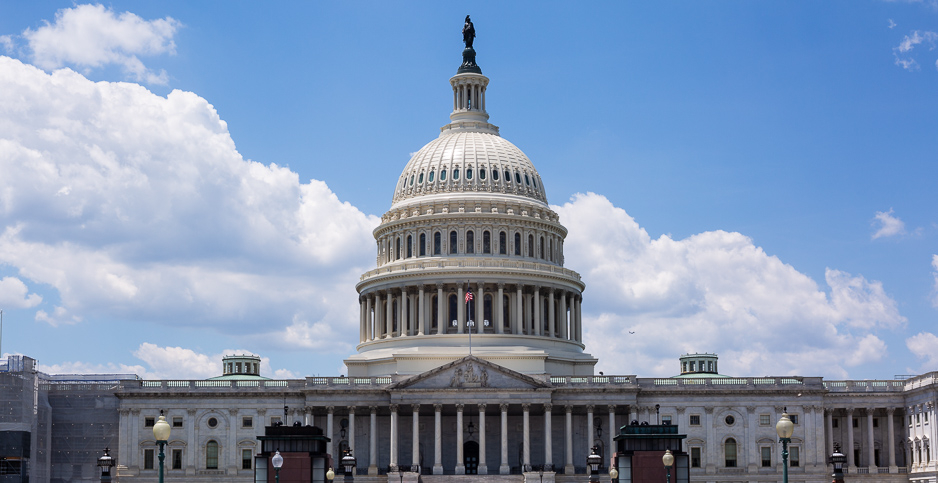 Congress returns today with lawmakers on both sides of the aisle promising to work on priority items amid the impeachment inquiry. Francis Chung/E&E News

Congress returns today to a brewing political maelstrom over the House’s impeachment inquiry into President Trump, but work continues behind the scenes on big-ticket legislative items that lawmakers are hoping to advance in the coming weeks and months.

The prospects for a legislative agenda in divided government weren’t great to begin with, but the investigation into Trump’s efforts to pressure Ukrainian President Volodymyr Zelenskiy to investigate former Vice President Joe Biden and his son Hunter has injected another layer of political uncertainty (E&E Daily, Sept. 25).

Here are a few issues that will be looking for air even as impeachment looks to suck up all the oxygen on Capitol Hill:

Congressional Republicans have taken to the airwaves and social media to pressure House Speaker Nancy Pelosi (D-Calif.) into bringing up for a vote Trump’s United States-Mexico-Canada Agreement (USMCA), the successor to the North American Free Trade Agreement.

"With election year politics upon us, time isn’t on our side," the pair wrote last week in a USA Today op-ed.

Despite widespread congressional unease with Trump’s hard-line trade policies, House Democrats and U.S. Trade Representative Robert Lighthizer have both expressed public admiration for each other, while suggesting that they’re making progress in meeting Democrats’ demands for stronger environmental and labor provisions in the pact (E&E News PM, Sept. 19).

Pelosi said last week that the ball on USMCA is in Trump’s court, noting that the administration is aware of House Democrats’ position on changes to the pact.

"We’re on a path to yes, as far as the trade agreement is concerned, and at some point, I’m just saying, it’s either yes or no," she said. "We either have enforceability or we don’t, but I’m hopeful that we will, and I’m hopeful that it will be soon."

A key labor ally of Democrats, AFL-CIO President Richard Trumka, told The Washington Post last week that the push for a quick vote could jeopardize the USMCA, a top priority of Trump. He’s urging House Democrats not to rush the vote.

Efforts will resume this week to complete as many as possible of the 12 spending bills before the Nov. 21 expiration of the current stopgap spending measure that headed off a government shutdown before the two-week recess. The House has passed 10 of the measures, while the Senate has yet to pass a single one.

Senate Appropriations Chairman Richard Shelby (R-Ala.) said before the break that he hopes to bundle as many of the individual bills as he can into an omnibus measure that can be signed into law before the current continuing resolution expires (E&E News PM, Sept. 26).

An omnibus would likely include some of the bills that advanced in the Senate Appropriations Committee with bipartisan support, including Energy-Water and Commerce-Justice-Science.

Interior-Environment also cleared that panel with little fanfare, although it may face tough conference talks with the House over policy riders.

Bills that can’t be reconciled across the Capitol could face continuing resolutions for the remainder of the fiscal year, a factor that could motivate appropriators to strike deals.

Rep. Mark Amodei, who is on the Interior and Environment Appropriations Subcommittee, expressed dissatisfaction over an appropriations process that has become defined by stopgap spending.

"The CR, in my view, abolishes the appropriations process," the Nevada Republican said late last month in an interview. "It’s asinine. It bears no resemblance to what the process is supposed to be."

Amodei called it "phenomenally frustrating" to collaborate with other House appropriators and agree on spending, only to have the Senate "do nothing that you can watch," a jab at what he considers the upper chamber’s less transparent appropriations process.

"I’m not trying to be a jerk," Amodei said. "They did when Harry [Reid] was in charge, and they do it when Mitch [McConnell] is in charge," he said, referring to the former Democratic majority leader from Nevada and the current Republican one from Kentucky. "None of them have any accountability for the appropriations process."

The CR’s Nov. 21 expiration is also prompting cross-Capitol talks on extending a number of expired or soon-to-lapse energy tax credits.

Grassley told reporters last month that he is eyeing whatever spending bill materializes as a vehicle to also carry a tax extenders package that would give the breaks a new lease on life (E&E Daily, Sept. 26).

It remains unclear whether a tax package would simply extend the expired breaks for a few more years, or if changes to existing breaks, such as the electric vehicle credit or a new proposal to overhaul efficiency incentives, could be added, as well (Greenwire, Oct. 2).

While there’s appetite on the Finance Committee for marking up an extenders package, Grassley indicated last month that he fears Democrats will offer amendments targeting the 2017 GOP tax overhaul, which he has previously said was off-limits.

Other issues that must be resolved between House and Senate negotiators include whether an extenders package should be paid for to comply with budgeting rules.

Grassley last month downplayed the potential impact of impeachment on the tax debate this fall. "Aren’t they already kind of pushed to the back?" he said of the delay in extending the lapsed credits.

Although "infrastructure week" remains an inside-the-Beltway punchline, talks on the Senate’s $287 billion highway reauthorization bill will continue. Senators and interest groups are looking to pass the measure before the end of the year, although the current highway bill doesn’t expire until September of next year.

That bill sailed through the Environment and Public Works Committee before the August recess, but lawmakers appear to have made little progress in footing the bill.

Sens. John Barrasso (R-Wyo.) and Tom Carper (D-Del.),
the chairman and ranking member on EPW, said last month that they are looking at imposing fees on electric vehicles to help pay for part of the bill (E&E Daily, Sept. 12).

But broader agreement on pay-fors — including raising the gas tax for the first time in 25 years — remains elusive.

Majority Leader McConnell alluded to the political hurdles in raising the gas tax during an interview with CNBC last month in which he reiterated that work on a highway bill would continue, even as he lowered expectations about the broader infrastructure bill Trump campaigned on.

"It probably won’t be as bold as the president was talking about, because it would inevitably, if it were that bold, involve a whopping gasoline tax increase, which is very regressive, hits medium- and low-income people very hard," McConnell said.

One of the likeliest agenda items to get done this fall is the fiscal 2020 National Defense Authorization Act, with leaders in both the House and Senate promising a draft agreement soon.

Energy and environmental issues, including climate change matters, have long been part of discussions surrounding the NDAA.

This year, the defense authorization behemoth has become the prime vehicle to address the per- and polyfluoroalkyl substances (PFAS) contamination crisis, with provisions in both the House and Senate versions.

Compromise language would require EPA to set a national PFAS standard, but many House lawmakers are insisting on language to label the substances as hazardous (E&E Daily, Sept. 25).