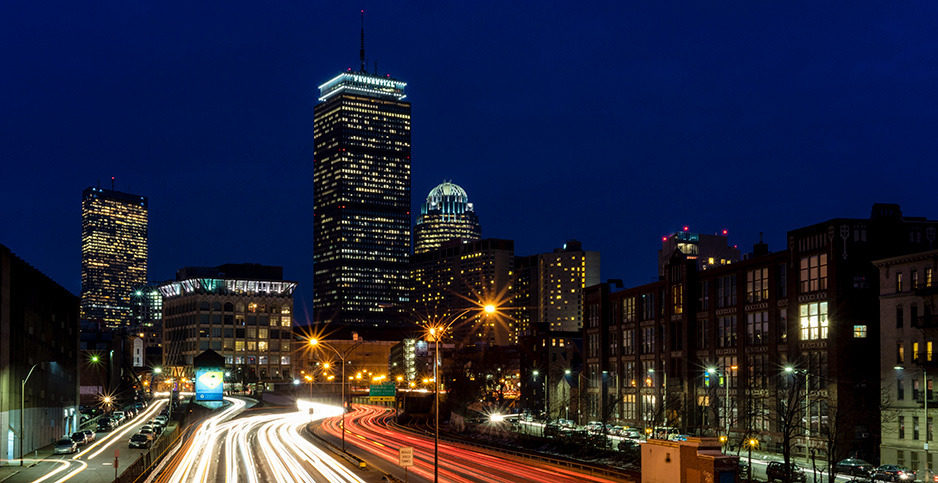 Traffic streams through downtown Boston. Due to pressure from progressive advocates, the Centers for Disease Control and Prevention recently revised its recommendation that commuters travel to work alone by car to limit the spread of the coronavirus. Robbie Shade/Flickr

When the Centers for Disease Control and Prevention released guidance last week that encouraged Americans to commute alone in their cars to combat the spread of COVID-19, the outcry was swift and fierce.

Transit and environmental justice advocates bashed the public health agency for promoting the idea of driving solo, a form of transportation that’s especially harmful for the climate and inaccessible to many low-income Americans who can’t afford a car.

The backlash prompted the CDC to revise the guidance over the weekend, mollifying at least one advocate and sparking a broader conversation about mobility amid the coronavirus pandemic.

The saga began last week when the CDC unveiled a short guidance document aimed at limiting the spread of COVID-19 as the economy reopens and white-collar workers return to their offices.

The original version of the guidance, which E&E News accessed using an internet archive, encouraged Americans to commute to work in single-occupancy cars rather than take mass transit.

In particular, the document instructed employers to incentivize "forms of transportation that minimize close contact with others, such as offering reimbursement for parking for commuting to work alone or single-occupancy rides."

That recommendation was a non-starter for Beth Osborne, director of Transportation for America, a Washington-based advocacy group.

So Osborne and other transit advocates contacted the CDC to air their concerns.

Over the weekend, the agency responded by tweaking the line to say: "If feasible, offer employees incentives to use forms of transportation that minimize close contact with others (e.g., biking, walking, driving or riding by car either alone or with household members)."

In a phone interview, Osborne said the whole experience was "frustrating" but she appreciated the agency’s responsiveness.

"I find responding to this guidance so frustrating and befuddling, I don’t know where to start," she said. "But I will give the CDC credit. Over the weekend, they updated their guidance, and it is now less awful."

The CDC didn’t respond to multiple emailed requests for comment.

The main concern is this: Vehicle tailpipes are a leading source of air pollution in low-income communities of color, which are often located near freeways or warehouses.

Initial research from Harvard University has linked small increases in soot to higher death rates from COVID-19, a respiratory disease that attacks the lungs. The research, which has not yet been peer-reviewed, could help explain why minorities have seen higher mortality rates from the virus in cities across the country.

At the same time, low-income people of color are less likely to own a car themselves.

Only 6.5% of white households in the United States didn’t have access to a car in 2015, compared with 19.7% of black households and 12% of Latino households, according to the National Equity Atlas, a data and policy tool produced by PolicyLink and the University of Southern California.

"To afford a car, you have to be able to afford insurance and maintenance. And the deck is stacked against communities of color because they typically pay higher insurance rates if they live in ZIP codes with higher crime rates," said Basav Sen, climate justice project director at the Institute for Policy Studies, a left-leaning think tank.

"So yes, there is a race and class bias in saying, ‘You can just drive to work,’" he said.

Sen added that the guidance comes after transportation surpassed the power sector as the country’s largest source of greenhouse gas emissions. Cars and light trucks account for the bulk of that climate pollution.

"Transportation is not only the largest source of greenhouse gas emissions, but also the fastest-growing," he said. "So by encouraging people to commute by car, you are just adding fuel to that fire."

Both Sen and Osborne acknowledged that when viewed through the narrow lens of preventing the spread of COVID-19, the guidance correctly recognizes that the transmission of diseases is more likely to occur in the tight spaces of buses and subways.

But they stressed that transit agencies can take several steps to minimize this risk, such as by disinfecting surfaces and running more frequent service to prevent overcrowding.

Congress can play an important role by providing more emergency relief for transit agencies, which have seen precipitous drops in passengers and revenue during the pandemic, said Alexander Laska, transportation policy adviser at Third Way, a center-left think tank.

"In the midst of a pandemic, it’s completely understandable that people will default to the option that makes them feel safest, and for many people, that will mean driving," Laska wrote in an email to E&E News.

"But let’s be clear: Yes, you can also take transit safely, and in fact, hundreds of thousands of our essential workers have been doing that all along," he added. "That’s why it’s so important that we continue providing emergency operating funds for our transit systems, so they can continue running at a high enough service level to allow people who rely on transit to use it safely."

Then last month, House Democrats unveiled the "Health and Economic Recovery Omnibus Emergency Solutions (HEROES) Act," which would dole out an additional $15 billion in emergency relief for the sector.

But the "HEROES Act" is widely viewed as dead on arrival in the Republican-controlled Senate, and President Trump has vowed to veto the measure.

Observers expect that negotiations in the coming weeks could result in less money flowing to transit, among other progressive priorities.