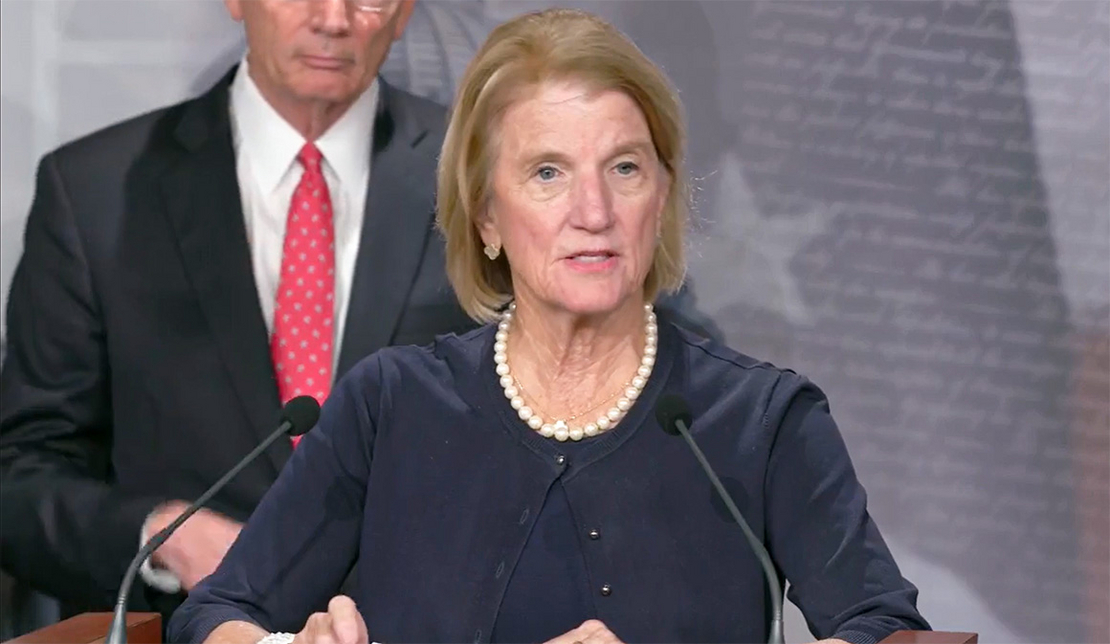 As Democrats gin up support for their big climate bill, Republicans are bracing for a fight, even if that means opposing policies the GOP has supported for years.

A group of Republicans held a press conference yesterday casting doubt on the Democrats’ deal to pass permitting reform legislation next month after the budget reconciliation bill becomes law.

But GOP lawmakers are not committing to support the permitting package, which they see as too tied to the Democrats’ budget reconciliation climate, tax and health care bill.

“Where is the trust factor here?” asked Capito. “Where is the commitment to the working men and women of this country who have great opportunities, great jobs?”

Speaking to reporters yesterday, Manchin said of Mountain Valley: “It’s the only thing we have in America we can do within the next six months and bring 2 billion cubic feet of gas into the marketplace. It is going to help us all get through the winters.”

GOP complaints about regulatory overreach and permit approvals intensified prior to former President Barack Obama’s 2012 reelection. But the grumblings have been rather muted in the first half of the Biden presidency. Now that’s changing.

Republicans, led by Sen. Dan Sullivan (R-Alaska), who organized the GOP permitting press conference, are hoping for a vote as soon as this week to scrap the White House’s new National Environmental Policy Act rules, meant to secure agency reviews of how projects could worsen climate change.

The Congressional Review Act allows lawmakers to avoid a Senate filibuster to undo administration regulations. But even if Sullivan’s proposal clears the Senate, it faces tough odds in the House. Either way, Biden would veto it.

The League of Conservation Voters yesterday urged senators to vote down the resolution.

He said LCV would “strongly consider” including votes on the resolution in its well-known scorecard, which grades lawmakers on how regularly they take “pro-environment” stances.

Sullivan’s office released a list of 40 unions, contractors and manufactures endorsing the bid.

“To build the new transportation and energy infrastructure the nation so badly needs, we need clear and efficient permitting processes,” Marty Durbin, policy vice president for the U.S. Chamber of Commerce, wrote in a letter. “CEQ’s changes to the previous NEPA improvements have moved us backwards.”