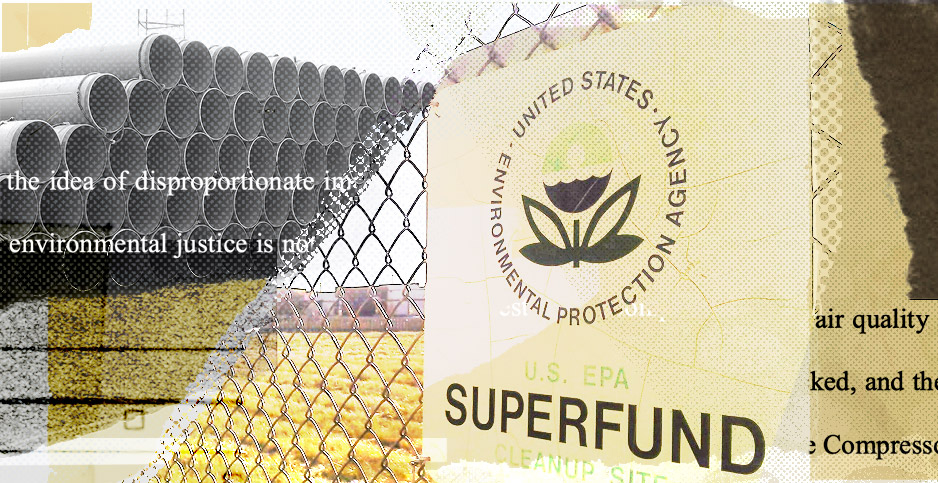 When it struck down a permit for a compressor station along an embattled natural gas pipeline earlier this year, a federal appeals court admonished Virginia regulators that environmental justice is not simply a "box to be checked."

But for communities facing harm from a polluting facility or an unfair policy, raising a successful legal challenge over those injustices is no easy feat.

"Environmental justice has sometimes suffered the weight of newness in the legal community in that it is a new term and that it raises some apprehension, especially in established litigation circles, as to how exactly it should apply," said Taylor Lilley, environmental justice staff attorney for the Chesapeake Bay Foundation.

"I thought that it was really innovative to see that environmental justice in this case is considered to be a preexisting consideration."

Virginia’s Union Hill community, a predominantly Black neighborhood in Buckingham County established by emancipated slaves after the Civil War, was able to secure a favorable ruling against the siting of one of the compressor stations along the Atlantic Coast pipeline because environmental justice is baked into state law (Energywire, Jan. 8).

The Commonwealth Energy Policy, cited in the 4th U.S. Circuit Court of Appeal’s January opinion, ensures "that development of new, or expansion of existing, energy resources or facilities does not have a disproportionate adverse impact on economically disadvantaged or minority communities."

Most state and federal laws lack a clear foothold for courts on environmental justice arguments, said David Neal, senior attorney for the Southern Environmental Law Center (SELC) who argued the case in the 4th Circuit on behalf of the Friends of Buckingham.

"We need more legal tools like that to help support these substantive claims," he said.

The Chesapeake Bay Foundation was also a challenger in the compressor station lawsuit. Lilley was not directly involved in the case.

The absence of federal and state laws, as well as a lack of legal toeholds, can be a challenge for the lawyers who help companies proactively address environmental injustice to avoid litigation, said Julius Redd, a principal at the firm Beveridge & Diamond PC.

"When there isn’t a hammer, so to speak, it does make it more difficult to convince clients," he said.

Redd said he tells clients who are reluctant to engage on the issue that ignoring environmental justice concerns is at best insensitive and at worst a willingness to risk the health of already vulnerable communities. There is a sound business and reputational case for companies to take care of their neighbors, he said.

"There’s definitely convincing arguments to be made," Redd said. "It’s just whether those arguments outweigh the risk of not doing anything."

Because there is often such a weak basis for raising environmental justice claims in a lawsuit, battles on the issue often take place outside the courts, said Chandra Taylor, a senior attorney with SELC.

"We always go in knowing there is a legal basis for why this particular permit needs to be strengthened or why this facility should not be sited in this area or why there should be an effort to clean up some particular solid waste," she said. "We are always looking at it as environmental attorneys from the perspective of what are the legal claims?"

But the best course of action, Taylor said, is usually to get involved as soon as regulators start considering whether to approve a facility or policy.

"We’re not coming in and saying how do we clean up a mess?" she said. "We’re preventing it from the start."

Many environmental justice lawsuits are born from community activism.

The lawyers simply provide resources — such as hiring experts to prove a community’s claims in court — to amplify local voices, said Taylor.

"It’s just supporting community groups that are already in the mind to advocate for themselves," she said.

Taylor, who specializes in water quality and environmental justice issues, is currently working with a community group that is calling for the cleanup of a shuttered aluminum smelting site on the shores of North Carolina’s Badin Lake (Greenwire, Oct. 24, 2016).

Instead of a full cleanup of the Alcoa Inc. facility, residents of the predominantly Black West Badin community got a covered-up dump site and a new business park. SELC last summer negotiated a settlement to stop discharges of cyanide and other pollutants into local waters, where residents of the former Alcoa company town enjoy fishing.

But there is so much work left for the company to do, said Macy Hinson, president of the advocacy group Concerned Citizens of West Badin, which has worked in partnership with SELC.

"Nothing has been done in the West Badin area to make it a desirable place to work, to build up the community," Hinson said.

In response to the ruling earlier this year by the 4th Circuit, state regulators are taking a fresh look at the permit for the Atlantic Coast pipeline compressor station. Developer Dominion Energy Inc. said it is providing new information to the state and is optimistic the matter can be settled by the end of the year.

Dominion last week won back a critical permit for the pipeline to cross the Appalachian Trail, but many other approvals remain tied up in the 4th Circuit.

SELC’s team said it sees no future for the compressor station in the Union Hill community because of the neighborhood’s historical links to the end of slavery in the United States and to ongoing concerns about the health of residents as well as efforts to uncover the unmarked graves of their ancestors.

"That information came to light because of the community’s work to make sure they were recognized," said Greg Buppert, senior attorney with SELC.

Environmental justice claims have cropped up in cases across the country.

In litigation over the Flint, Mich., water crisis, which largely affected — but was not exclusive to — minority communities, the 6th U.S. Circuit Court of Appeals found that government officials could not claim immunity for decisionmaking that led to the release of lead-contaminated water starting in 2014.

The Supreme Court also recently turned away turned away appeals of a lower bench’s finding that decided that Flint residents could argue that the government’s decisionmaking harmed their "right to bodily integrity."

"If you also consider the facts of Flint to begin with," said Redd of Beveridge & Diamond, "it’s sort of a stacked commentary on where environmental justice litigation is to have these really egregious facts in order for plaintiffs to bring environmental justice claims in the first instance."

In Louisiana, community members last week secured a court ruling allowing them to access the site of a planned petrochemical complex to observe Juneteenth and celebrate their ancestors’ freedom from slavery. The planned facility is slated to sit on burial sites that are thought to hold the remains of enslaved people (Greenwire, June 19).

Some of those changes have overlapped with the coronavirus pandemic, a public health crisis that has highlighted health inequities in communities of color where people are more likely to have underlying health conditions or to live near a polluting facility.

New York Attorney General Letitia James (D) this month highlighted those inequities in a multistate request for a federal district court to step in and force EPA to continue pollution monitoring and enforcement efforts that the agency scaled back in response to the public health crisis (Greenwire, June 9).

"COVID-19 has really laid bare the discrepancies between communities across the nation," said Lilley of the Chesapeake Bay Foundation.

The pandemic is generating new bodies of information about disparities in public health that environmental justice attorneys don’t usually have at their fingertips, she said.

Combined with community advocacy, Lilley said, that data could help lawyers make powerful arguments before regulators and in the courts.

"It’s important for us as traditional holders of power, people who are traditionally expected to be the source of information, to know everything, to remember that part of environmental justice is subverting those power structures and creating relationships with communities and learning from those experiences."