Lobbying heats up ahead of water rule rewrite 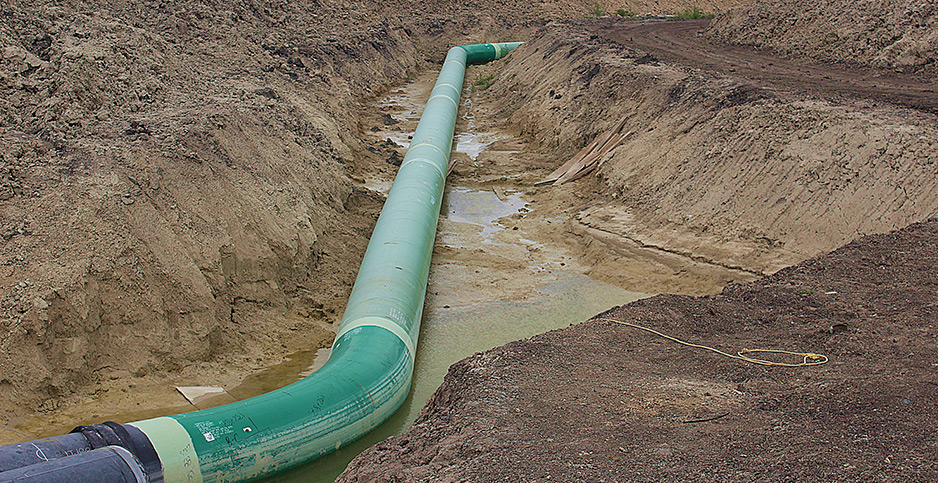 A pipeline construction project is shown. A rewrite of an EPA Clean Water Act rule could affect state and tribal authority over a range of permitting decisions, including for pipelines. Jay Phagan/Flickr

Environmental advocates and the nation’s largest pipeline and electricity associations are lobbying the White House, hoping to shape a controversial Clean Water Act rule that could determine just how much say — and time — states and tribes have over a broad range of projects, including pipelines and other infrastructure.

The rule gives states the right to “certify” that projects that require permits comply with federal law and state water quality standards. Much of the controversy in past years has stemmed from states like New York and Washington denying permits for pipelines and coal terminals for issues tied to air pollution and climate change, as well as water quality concerns (Greenwire, Aug. 9, 2019).

The Trump administration made changes to the 401 rule that limited reviews to water quality, a move that was followed up with the Army Corps of Engineers releasing guidance limiting how much time states and tribes have to make such decisions (Greenwire, Feb. 6, 2019).

The recent spat of meetings arrives on the heels of a Supreme Court decision to reinstate the Trump-era version of the rule, which has fueled ongoing concerns about states’ and tribes’ hands being tied in how they review — and possibly deny — water permits (Greenwire, April 6). The nation’s highest bench, without explanation and over the objections of four justices, put the Trump-era rule back in place pending the outcome of litigation in the 9th U.S. Circuit Court of Appeals. The Supreme Court at the time said the parties could bring back the matter for fuller Supreme Court review if necessary.

The Trump administration issued a new rule in a bid to help the oil and gas sector and other industries by removing obstacles to building pipelines and other infrastructure. A federal district court judge last year struck down the regulation. But by that point, EPA had already begun a process to change the 2020 rule, which EPA head Michael Regan said “weakened the authority of states and Tribes to protect their waters” (E&E News PM, May 27, 2021).

Exactly what changes EPA will make and when the agency will issue a new proposal is unclear.

Meetings on the horizon include the Environmental Law & Policy Center’s appointment on May 5. Groups that have already met with the agency include the Appalachian Trail Conservancy, which met with EPA on April 29, and the Southern Environmental Law Center and INGAA. EEI, according to OIRA’s website, held a teleconference with nine EPA and White House officials on April 12.

Environmental groups are pushing EPA to scrap many of the Trump-era provisions and revive state and tribal rights to impose restrictions on permits, while industry groups have largely defended the Trump administration’s interpretation of Section 401 of the Clean Water Act.

SELC, for example, joined dozens of environmental groups last summer in demanding EPA quickly repeal — not just revise — the regulation and put back in place strict protections. SELC in its comments laid out recommendations for how EPA can pivot from the Trump-era rule to ensure states and tribes have sufficient information before conducting permitting reviews, be able to impose restrictions they see fit to protect wetlands and water quality, and have the flexibility to take the time they need to make such decisions.

“EPA should promptly restore the statutorily mandated role of states and tribes in implementing the Clean Water Act’s protections within their borders,” SELC and other groups wrote. “It should not revise the Rule; it should repeal all or most of it.”

Jonathan Gendzier, an attorney for SELC, said he attended a meeting with OIRA last week alongside representatives of the Natural Resources Defense Council, American Whitewater and the Theodore Roosevelt Conservation Partnership, and that the conversation largely focused on environmental groups conveying concerns about how the Trump-era rule undermined long-standing clean water protections, as well as state and tribal rights to oversee permitting.

In those comments, the group defended the Trump rule, saying its main provisions, such as cracking down on ways that the one-year deadline for states can be delayed and limiting the reasons states can block permits, are appropriate.

INGAA also pointed to its regulatory comments, which it filed last year in cooperation with the American Gas Association.

“The 2020 Certification Rule aligned EPA’s Section 401 program with the statutory text of Section 401 and appellate courts’ interpretation of that text. The result is a workable process that should — and, based on some INGAA and AGA members’ experience, did — reduce the potential for conflicting interpretations of the certifying authority’s role in the implementation of Section 401 and strengthen permitting and licensing programs within the framework of complementary federal and state responsibilities,” the gas groups wrote.

OIRA officials hold “open door” meetings with any group or individual who requests to lobby the White House on a particular regulation. At the meetings, the desk officers have been known to ask questions but give virtually no indication of the administration’s views on a rule.

The meetings, required under an executive order written by former President Bill Clinton, are part of OIRA’s interagency review process that happens before an agency finalizes a rule. Progressives have long opposed the “open door” meetings, claiming they give outsize influence to corporate lobbyists rather than public interest advocates (Greenwire, Nov. 8, 2021).

Biden OIRA officials have suggested the White House may change the process in an attempt to better reach forgotten communities, but no changes have happened yet. OIRA remains without a Senate-confirmed administrator and has as few as two political appointees running the office (Greenwire, April 20).