Lobbyist with hand in Pruitt trips tied to gas-rich nation 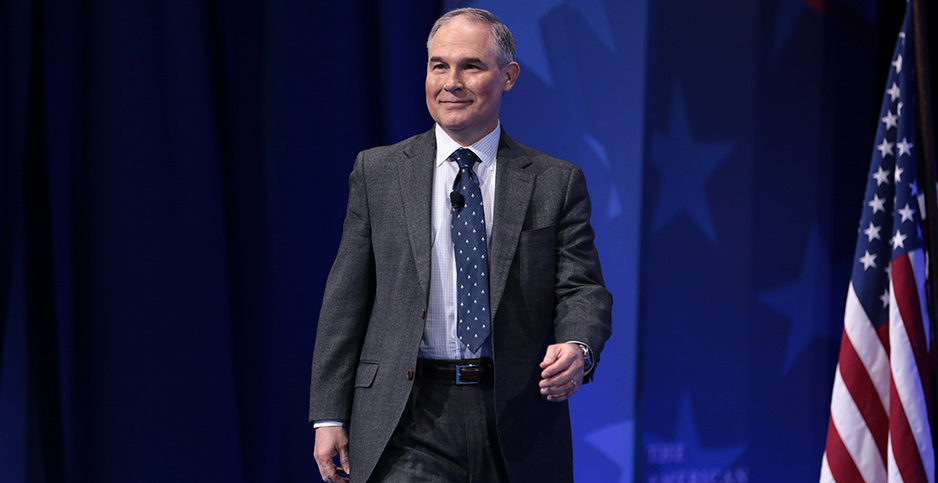 The global law firm DLA Piper hired Richard Smotkin last November as a subcontractor to work on representing the government of the Democratic Republic of Timor-Leste, otherwise known as East Timor, according to Justice Department records.

Smotkin’s registration form, filed in March, says he’ll help "advise and assist" the South Pacific nation’s government in the United States "with respect to strengthening U.S.-Timorese bilateral relations." That could include contact with executive branch officials, members of Congress and their staff, as well as people and groups "involved in governmental or public policy matters."

East Timor became a sovereign state in 2002 after Indonesia relinquished control of the territory. The country already draws in revenue from fossil fuels, but it has been locked in negotiations with its southern neighbor, Australia, over an estimated $50 billion offshore oil and gas field.

Smotkin has ties to other foreign governments that have been linked to the EPA administrator as well.

Smotkin, a former Comcast lobbyist, is considered close to Pruitt and played a part in the EPA chief’s visit to Morocco last December, which has drawn scrutiny partly because of the agency’s promotion of liquefied natural gas imports on the trip. Smotkin later won a contract to represent the North African country (Greenwire, May 2).

A Comcast spokeswoman said Smotkin left the telecommunications giant in July 2017. He was based in Philadelphia as a senior vice president for government affairs. For Comcast, Smotkin worked with state and local intergovernmental associations, which is where he ran into Pruitt as Oklahoma attorney general.

It doesn’t appear, however, that Smotkin has lobbied Pruitt or EPA on behalf of East Timor.

From the end of August 2017 to the end of February this year, which covers Smotkin’s work with DLA Piper, the firm reported emails, phone calls and meetings with city and state representatives, lawmakers and congressional staff on Capitol Hill, as well as State Department officials. The subject of many of those contacts is described as "U.S. – Timorese bilateral relations." Not listed in the DLA Piper report is any contact with EPA officials by the firm on behalf of East Timor.

A DLA Piper spokesman declined to comment when contacted for this story.

Records show that Smotkin was paid $20,000 this past February by the firm for his work on behalf of East Timor. He is still listed as an "active" foreign agent for the country in the Justice Department’s database.

East Timor has been a lucrative client for DLA Piper. The country has paid the firm more than $3.2 million in fees and expenses for work from March 2017 to the end of this past February.

The bulk of that work, however, has been for "non-[Foreign Agents Registration Act] registerable activities," according to the firm. DLA Piper’s latest report filed with Justice says that included $411,000 the firm spent for supporting East Timor’s delegation at the U.N. General Assembly’s opening session as well as helping with the country’s maritime conciliation proceedings with Australia.

Like Pruitt’s visit to Morocco, the administrator’s canceled trip to Australia was to have included a stop at a LNG facility.

According to EPA emails won under Freedom of Information Act litigation by the Sierra Club, Smotkin was involved in planning for Pruitt’s trip to Australia this past August, which was canceled as EPA grappled with last year’s hurricane season.

According to a draft itinerary included in those documents, Pruitt was preparing to visit a zoo in Sydney before touring the Gladstone LNG facility in Queensland on Sept. 3, 2017, at the invitation of a ConocoPhillips executive. The Gladstone LNG facility taps into natural trapped in coal beds — gas that can be accessed by drilling or hydraulic fracturing — and liquefies it for export.

"Wendy King, Australian President for ConocoPhillips would like to bring Administrator Pruitt and members of his delegation to visit the LNG Plant in Gladstone," the email says.

"Visit would showcase the US-Australia relationship in developing gas as an export to the region/world."

Smotkin, according to the emails, worked with Matthew Freedman, CEO of the firm Global Impact Inc., and Pruitt’s top aides to set up meetings in Australia. Freedman is also treasurer of the American Australian Council, a group whose members include ConocoPhillips, Chevron Corp., BHP and Lockheed Martin.

"Rick and I will attend and will be present but will not be listed as members of the delegation," Freedman said in one of the emails.

Wilcox with EPA said, "EPA’s Office of International and Tribal Affairs organized and led the effort around Administrator Pruitt’s trip to Australia.

"This trip was cancelled due to Hurricane Harvey, and it has not been rescheduled."

Australia and East Timor are currently eyeing production of offshore oil and gas, discussions that are directly tied to a historic maritime treaty that was signed in March at U.N. headquarters in New York.

While it remains unclear what role, if any, Smotkin played in those negotiations, DLA Piper’s legal team advised East Timor leading up to the agreement being forged.

Notably, the contract lays out Australia and East Timor’s entitlement and ownership of the untapped Greater Sunrise Basin, an offshore tract in the Timor Sea reportedly holding more than $50 billion in gas.

But while the two countries agreed under the treaty to share upstream revenue from the offshore field, they failed to agree on exactly how to develop the site, and negotiations continue.

Partially driving the debate is that a coalition of companies hoping to tap the gas wants to use a floating liquefaction facility, technology the treaty didn’t contemplate, said Nikos Tsafos, who researches energy at the Center for Strategic and International Studies, a Washington-based think tank.

While the East Timor government has asked for the gas to be brought ashore so its country can enjoy economic and financial knock-on effects, developers under the Sunrise Joint Venture — including Australia’s largest independent oil and gas company, Woodside Energy Ltd., as well as ConocoPhillips, Royal Dutch Shell PLC and Osaka Gas Co. Ltd. — have proposed a floating facility given the site’s distance from shore.

Whatever the outcome, Tsafos said it would take time to build the facility and hammer out the details.

"Realistically, it’s a gas that even in the best of circumstances wouldn’t show up for another five years in the Asian-Pacific market," he said.