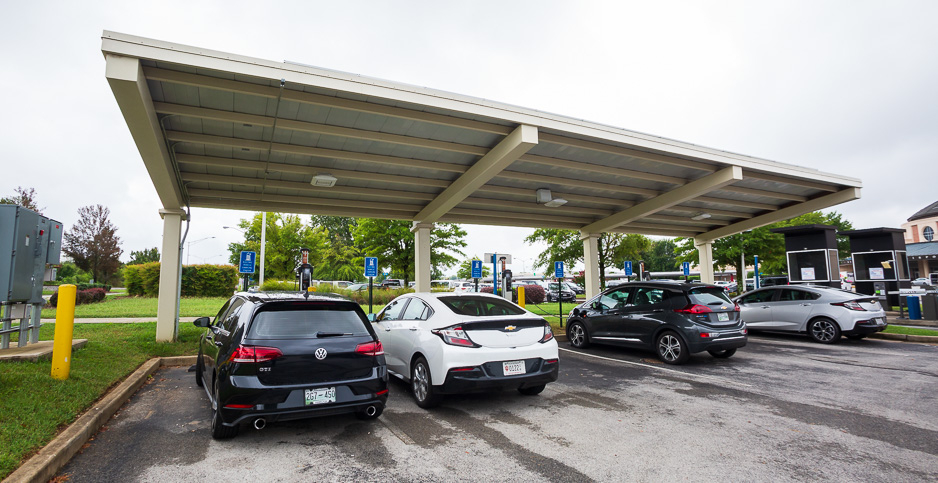 A backlog of applications for advanced renewable fuels at EPA is spurring a new debate in the biofuel industry: Should the agency catch up on proposals related to electric vehicles first?

That’s a possibility, a biofuel industry source told E&E News, as the Biden administration faces pressure to clear a logjam of applications for advanced biofuels under the renewable fuel standard.

At issue are "pathways" that qualify various feedstocks such as crop residues for use in biofuel used for transportation — either directly in vehicles or in the production of electricity for EVs. In order for those fuels to qualify under the RFS, the agency has to first approve the pathway, then specific applications from companies seeking to use them.

"We’re all stuck in a logjam together," said a biofuel industry source who added that he worries EPA will make only the applications related to EVs a top priority — and leave other biofuel applications sitting. Some have been pending for several years.

"The EV people think they’ve got the system grooved," said the source, who requested that his name be withheld because he works with EPA on behalf of affected companies.

Reducing the backlog has been a top priority for advanced biofuel advocates and their allies in Congress for a few years, and the Biden administration’s pick for EPA administrator, Michael Regan, faced questions about it at his confirmation hearing earlier this month. He told senators on the Environment and Public Works Committee he’ll address the problem if confirmed (E&E Daily, Feb. 9).

The pathway related to electric vehicles is especially sensitive and complex, industry groups said. Approved in 2014, the pathway applies mainly to biogas generated with agricultural feedstocks. The biogas can power a generating plant that produces electricity used in EVs.

But projects proposed under the pathway haven’t advanced. The key question is where EPA assigns the renewable fuel credit — essentially a form of currency under the RFS — connected with the proposal. The credit, called a Renewable Identification Number (RIN), could in theory go to the processor of the feedstock, the utility company that runs the generating plant, or the company that makes the electric vehicle, industry sources said.

"We’ve never understood why EPA has not been willing to move forward with it," said Stephanie Searle, fuels director for the International Council on Clean Transportation, a nonprofit research group that supports low-carbon fuel initiatives.

While the Trump administration, with its favorable view of fossil fuels, wasn’t especially supportive of EVs, the delay goes back to the Obama administration, as well, Searle said. Advocates say they hope the Biden administration’s friendlier stance toward alternatives to petroleum will give the pathways higher priority.

The assigning of RINs remains the big unresolved question, Searle said. "Generally, we want it closest to the point of sale of the vehicle," she said.

The closer to the point of sale, Searle said, the greater the chance that the renewable fuel credit will boost the production of EVs.

EPA has blamed a combination of short resources and the complicated nature of the pathway-related applications for the logjam. About 20 applications for pathway approvals are pending, in addition to projects proposed under already-approved pathways.

Politics shape the debate, as well. Petroleum industry groups critical of ethanol and the RFS say biofuel groups critical of oil overlook a common enemy: engines that don’t need any type of liquid fuel. But if the RFS can become a booster for EVs, that could give the biofuel mandate new life and broader political strength.

Potential feedstocks in the pending RFS pathways at EPA include grain sorghum, pulp wood, biogas from agricultural digesters, cornstarch, sugar cane and crop residue for electricity, according to the agency.

Among groups urging EPA to act quickly on all the pathways is the Advanced Biofuels Business Council, representing Poet LLC, Alto Ingredients and other companies in the United States and abroad. The group’s executive director, Brooke Coleman, told E&E News the pending applications are one way the Biden administration can address greenhouse gas emissions. Reductions could exceed 70%, Coleman said.

"The Trump EPA may have inadvertently gift-wrapped a major climate victory and left it on Michael Regan’s desk," Coleman said. "The Biden EPA has an opportunity to unleash four years of pent-up innovation in ultra-low-carbon biofuels and rightly claim credit in rural America for every new gallon."