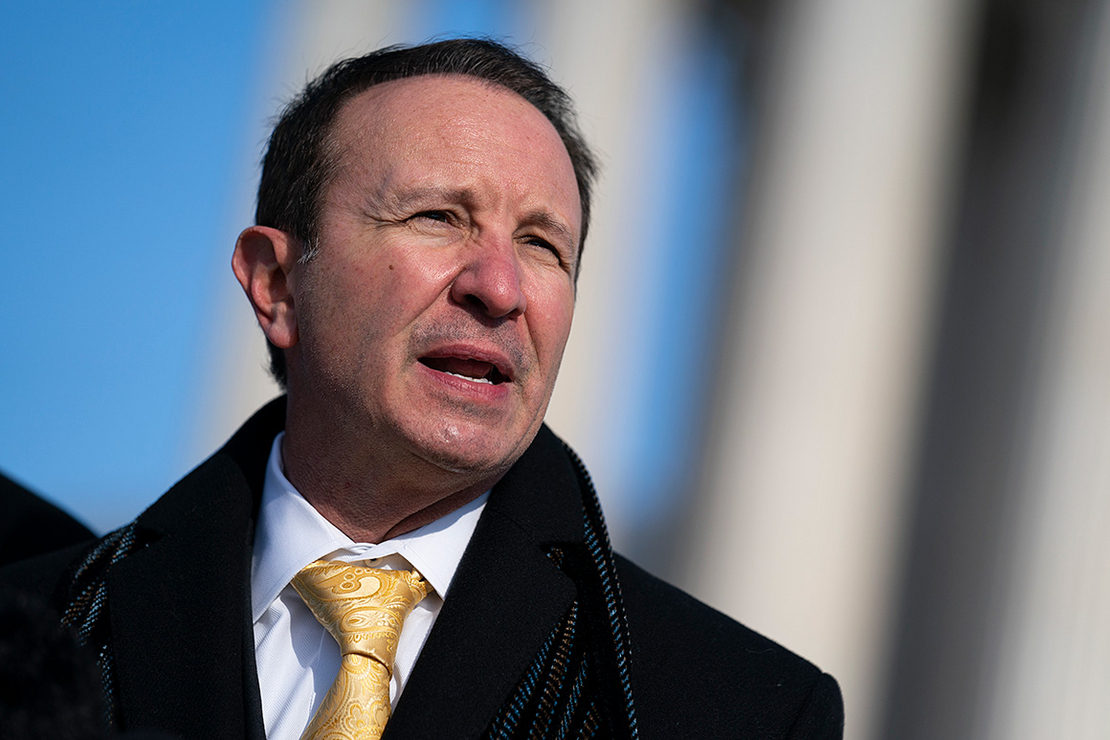 Louisiana’s Republican Attorney General Jeff Landry said today that he plans to ask the Supreme Court to stop the Biden administration from using a key metric in climate regulation.

In a short order earlier today, the 5th U.S. Circuit Court of Appeals denied a request from Louisiana and other states that had asked for a full-court rehearing of a ruling that allowed the administration to resume use of interim social cost of greenhouse gas estimates (Greenwire, March 31).

“We are disappointed in the 5th Circuit’s decision and we will appeal to the Supreme Court,” Landry’s office wrote in an emailed statement. “Attorney General Landry will continue fighting the Biden Administration’s attempts to inject the government into the everyday lives of Americans.”

Earlier this year, Judge James Cain Jr. of the U.S. District Court for the Western District of Louisiana stopped the administration from using its interim social cost metric after finding that it led to increased regulatory costs for states.

During the Trump administration, the government reduced the social cost of carbon to as low as $1 per metric ton, down from $51 under former President Barack Obama. The Biden administration had restored the estimates to Obama-era levels, adjusted for inflation, and planned to unveil final values this year.

After Cain, a Trump appointee, blocked the social cost metric, the Biden administration appealed the ruling to the 5th Circuit and asked for emergency relief from the lower court’s injunction.

The 5th Circuit agreed, finding that Louisiana and other state challengers had raised “merely hypothetical” claims against the harm of using the metric and likely lacked standing to bring their case.

The White House did not respond to a request for comment on today’s order.

A separate coalition of states, led by Missouri Attorney General Eric Schmitt (R), launched a similar challenge that was rejected last year by the U.S. District Court for the Eastern District of Missouri. That case is currently before the 8th U.S. Circuit Court of Appeals.

Louisiana and other red states last week notched a regulatory win against the Biden administration in the Supreme Court when they successfully convinced a majority of the justices to bring back a Trump-era water permitting rule that limited the role of states and tribes in approving projects like pipelines and dams (Greenwire, April 6).