Lowey exit could shake up energy and environment panels 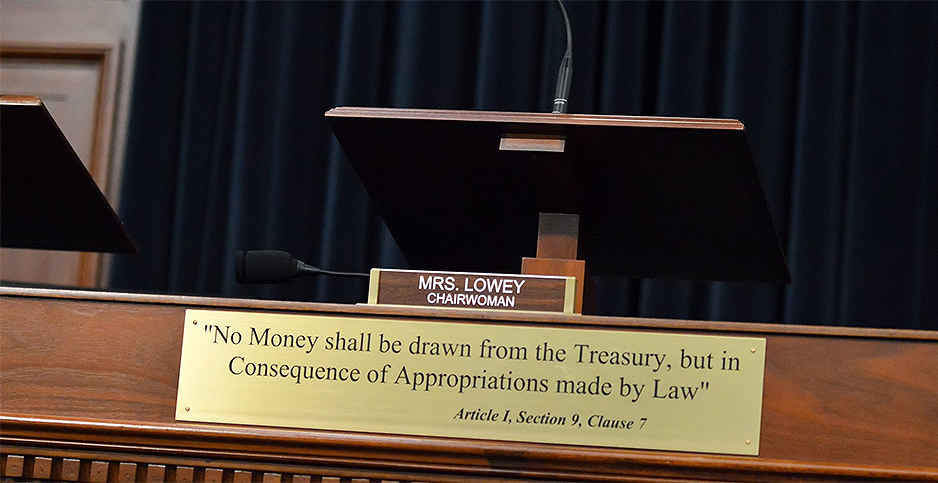 A race to be the top Democrat on the House Appropriations Committee in 2021 could lead to a reshuffling of the lawmakers who oversee spending for energy and environmental agencies.

House Democrats will select a new leader since Chairwoman Nita Lowey (D-N.Y.) opted to retire at the end of this Congress.

Kaptur, the panel’s No. 2 Democrat, wants to replace Lowey. McCollum could wind up leading the Defense Subcommittee.

The House Democratic Caucus will vote on the committee leader when it organizes for the next Congress, based on the recommendations of the Democratic Steering and Policy Committee.

Race for the gavel

Lawmakers from both parties say the race to lead the committee is a battle between Kaptur and Rep. Rosa DeLauro (D-Conn.), the chairwoman of the Labor-Health and Human Services Appropriations Subcommittee.

Both are seen as well-qualified to lead the panel but would bring different styles.

The favorite is DeLauro, an outspoken liberal from a district that includes Yale University. She is expected to benefit from close ties to Speaker Nancy Pelosi (D-Calif.), her popularity with progressives and proven fundraising prowess.

Like Pelosi, DeLauro comes from a tight-knit, Italian-Catholic family and grew up in local politics. She won her House seat in 1990 after serving as a chief of staff for then-Sen. Chris Dodd (D-Conn.), as well as leading EMILY’s List, the Democratic women’s fundraising behemoth. She is half of a Democratic power couple, being married to pollster Stan Greenberg.

Kaptur, who lost a race for the top slot to Lowey in 2012, has populist leanings that once drew an invitation from independent presidential candidate Ross Perot to be his running mate. She declined.

Kaptur gave up pursuing a doctorate in urban planning to win her first race representing her hometown of Toledo in 1982. She later beat liberal icon Rep. Dennis Kucinich (D-Ohio) after their districts were combined.

Known for her behind-the-scenes work, Kaptur has had occasional breaks with her party on social issues that were seen as hurting her against Lowey. Her supporters say her record on abortion issues has since improved.

Kaptur, the longest-serving woman in House history, has already circulated a "Dear Colleague" letter to make her case for the job.

"I have the most experience," Kaptur told E&E News. "I have served here long enough that I have served on most of the subcommittees."

The Ohio Democrat also said she would tout her reputation for working across party lines and notes her getting the gavel would bring some geographic diversity to the party’s roster of chairs, which is dominated by coastal Democrats.

DeLauro declined to comment for this article about the race, saying she is focused on finishing fiscal 2020 spending bills.

Both candidates are well-regarded by environmental groups, although DeLauro’s lifetime League of Conservation Voters score of 94% is 11 points higher than Kaptur. DeLauro is a backer of the progressive Green New Deal, while Kaptur has not signed onto it.

Each has found ways to highlight energy and environmental issues in this year’s spending bills.

Kaptur has called this year’s Energy-Water bill a "climate and infrastructure" measure, noting it funds more than $2 billion in water projects and invests heavily in renewable energy research. She has also been a major backer of cleaning up the Great Lakes.

As energy subcommittee chairwoman, Kaptur has enjoyed a good working relationship with Energy Secretary Rick Perry but recently has taken to the House floor to blast him for not complying with House impeachment inquiry subpoenas.

DeLauro has said domestic priorities ignored in recent years by the GOP are now being addressed by the Democrats, with a "last shall be first" mindset.

While her committee does not have jurisdiction over major energy or environmental agencies, she has increased spending for environmental health research and boosted funds for the Mine Safety and Health Administration.

McCollum said Democrats would have "great candidates" running but said she was not yet ready to endorse one. She said whoever wins needs to be aggressive in asserting the committee’s oversight of agencies, especially in light of "obstruction" by the Trump administration.

If not, he said DeLauro, who he serves with as ranking member on the Labor-HHS-Education Subcommittee, would be an "excellent choice."

Cole added, "I think there’s a lot of respect for her professionalism. I know she can be very tough on the floor, and she’s coming at things from a liberal perspective. But that doesn’t mean that at the end of the day she won’t work with you in a bipartisan manner to get something done."

McCollum has yet to say if she will take the Defense Subcommittee, but as the No. 2 Democrat behind Visclosky, she would have a clear path to claiming the panel with control over Pentagon spending. Democrats follow subcommittee seniority in making those selections.

Next in line for Interior-EPA would be Maine Democratic Rep. Chellie Pingree, a former chief of the campaign watchdog Common Cause who was first elected in 2008. She has a 97% lifetime score from LCV and owns a small inn and restaurant on the Maine coast.

As for Energy-Water, Kaptur said, she could still opt to lead the subcommittee if elected chairwoman. The move would not be unprecedented as Lowey currently helms both the full committee and State-Foreign Operations Subcommittee.

Next in seniority after Kaptur would be Rep. Debbie Wasserman Schultz (D-Fla.), but she already leads the Military Construction-VA Subcommittee, whose spending is more than double the Energy-Water panel. Rep. Ann Kirkpatrick (D-Ariz.) is No. 3 on the Energy and Water Subcommittee and does not currently lead another.

Several lawmakers stressed that it was too soon to game out all the potential subcommittee changes, saying much would depend on who is chair. They also noted that subcommittee jurisdictional changes could be possible under new leadership and may cause lawmakers to seek new Appropriations assignments.