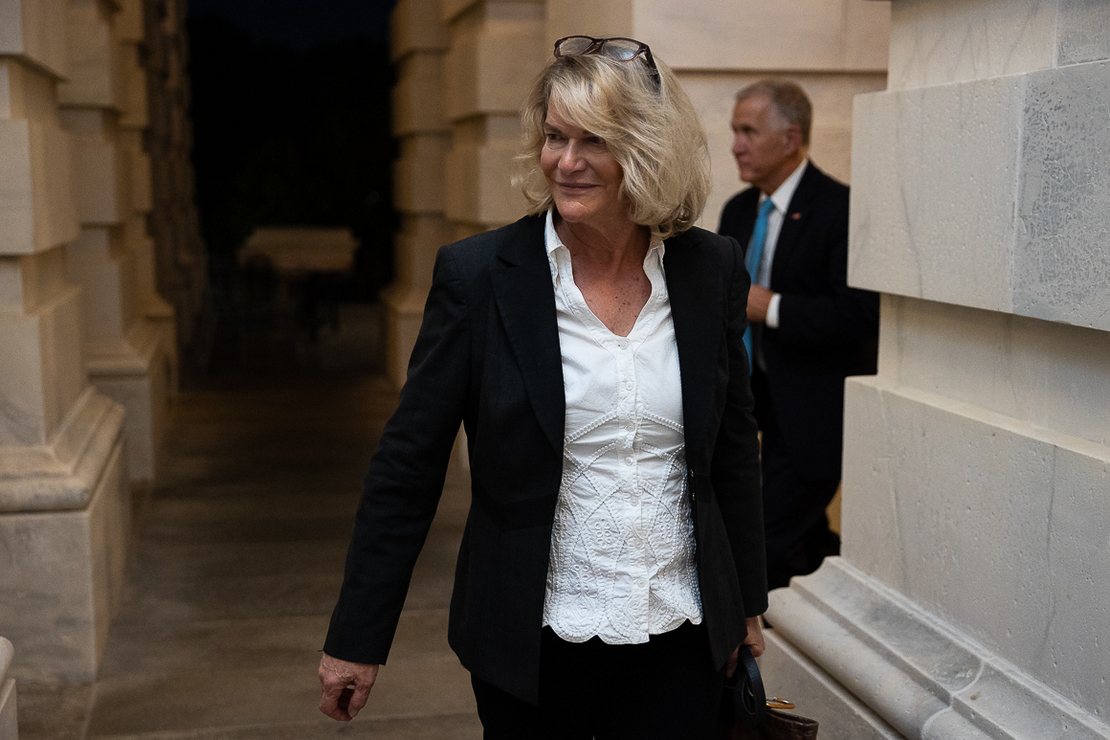 David Uhlmann, Biden’s choice for EPA’s assistant administrator for enforcement and compliance assurance, had been scheduled for a vote Wednesday before the Senate Environment and Public Works Committee. But Chair Tom Carper (D-Del.) announced at the start of the markup that Uhlmann’s nomination had been pulled from the agenda.

Carper said a senator he didn’t name was waiting for information from EPA before considering whether to support Uhlmann. A spokesperson for Lummis told E&E News that Lummis was the senator Carper was referring to at Wednesday’s markup.

Lummis was waiting to hear from EPA about whether Wyoming’s regional haze plan for the Jim Bridger power plant would be approved, according to the spokesperson. The federal haze program seeks to reduce pollution to increase visibility, which has proved troublesome for the southeastern Wyoming power plant.

After Wednesday’s markup ended, EPA released a decision proposing to reject Wyoming’s plan for the power plant. That prompted a backlash from the state’s officials, including Lummis.

"The Biden EPA’s decision here is needlessly hurting Wyoming’s energy workers and threatening America’s energy independence as well. It is blatantly political, and I will continue to block President Biden’s EPA nominees over this issue," Lummis said in a statement.

Lummis has a hold on all of Biden’s remaining EPA nominees, including Uhlmann, the senator’s spokesperson confirmed to E&E News.

The Environment and Public Works Committee has approved Uhlmann once before. Last month, the panel advanced the EPA enforcement head nominee on a 10-9 vote. Lummis, an EPW member, did not vote on Uhlmann’s nomination at that time (Greenwire, Dec. 1, 2021).

Uhlmann and other nominees were later sent back to the president. Last week, Biden resubmitted dozens of nominees, including Uhlmann, leading to his being scheduled for consideration at Wednesday’s markup.

Lummis has had kind words for Uhlmann in the past. At his confirmation hearing last September, the senator said she had heard from Tom Sansonetti, a former Justice Department colleague of Uhlmann’s, who praised the nominee.

"His endorsement speaks very highly of your character," Lummis said at the hearing.

The senator then asked Uhlmann about Wyoming’s plan for the coal plant, saying the state had worked with EPA on the plan but the agency was now stalling on moving forward.

"This is no way to treat partners in our federalist system," Lummis said.

Uhlmann said he was not familiar with the plan but planned to learn more.

"I would commit to you, if I am confirmed, I would like to be able to have the opportunity to be briefed on this issue and then visit with you more about it," Uhlmann said.

EPA’s haze program, authorized by Congress in 1977, aims to restore unclouded natural visibility to 156 national parks and wilderness areas — most of them in the West — by 2064.

Coal-fired power plants are a prime source of haze-forming pollution. During the Obama administration, EPA used the program to prod utilities into installing scrubbers and other pollution controls on older plants, often over the objections of regulators in Republican-run states (E&E Daily, March 21, 2016).

Under President Trump, the agency flip-flopped, approving state plans even as environmental groups charged that they would do little or nothing to cut haze-forming emissions (Greenwire, June 13, 2017).

The tension has been acute in Wyoming, by far the nation’s biggest coal producer. In summarizing its preliminary decision to reject the revised haze plan, EPA said yesterday that state regulators had unjustifiably dropped requirements for the Bridger plant to install new controls on nitrogen oxides on two of its four coal-fired generating units.

While PacifiCorp, the plant’s owner, has signaled its intent to convert those units to natural gas in 2024, “the company’s intentions are not part of Wyoming’s proposed revisions to its regional haze plan, thereby precluding the planned conversion from EPA consideration and analysis,” the summary said.

While appreciative of the opportunity to speak, "I am disappointed that our conversation was not more productive," Gordon wrote in a follow-up letter.

During the Trump administration, Greg Sopkin, then the EPA Region 8 administrator, had approved the revised plan in 2020, Gordon wrote. In now moving to reverse the earlier approval, he said, EPA appears intent on forcing the shutdown of one of the units in question, resulting in "jobs lost, incomes wrecked and careers terminated at the plant and the associated coal mine."

The approximately 2,400-megawatt plant was Wyoming’s biggest power-sector polluter in 2020, pumping out more than 6,900 tons of nitrogen oxides and almost 8,800 tons of sulfur dioxide, according to the most recent EPA data. Oregon-based PacifiCorp. is part of the conglomerate Berkshire Hathaway Inc.