LWCF full funding came close before. Will 2020 be different? 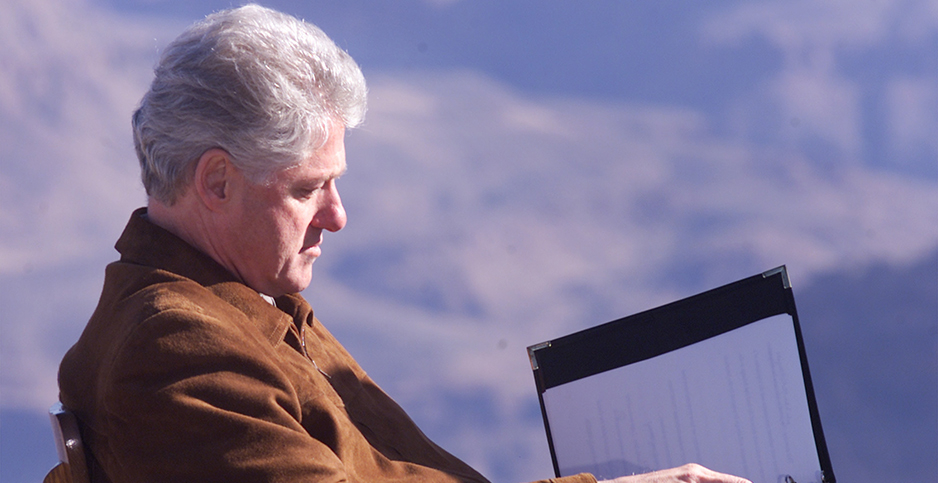 The proposal to grant permanent funding for the Land and Water Conservation Fund had all the hallmarks of a legislative success: bipartisan support from the White House and both parties on Capitol Hill, endorsements from advocacy groups, and even a palatable funding source.

But then it all fell apart. That was more than two decades ago.

The Senate’s taking up S. 3422, the "Great American Outdoors Act," marks the latest iteration of 20 years of attempts to permanently fund the popular conservation program.

The bill’s sponsors are convinced this is the attempt that will succeed where past efforts have failed, avoiding joining dozens of other bills in the legislative graveyard.

"I can’t tell you [why], other than the dynamics worked out and stars lined up and it’s time to move, and we’re going to do that," West Virginia Sen. Joe Manchin (D), one of the bill’s co-authors and among its 58 co-sponsors, told E&E News last week.

Observers point to the bill’s marriage of two broadly popular goals — shoring up the LWCF, which benefits state and local parks as well as federal lands, and addressing the $20 billion maintenance backlog at national parks and other sites.

"Everyone should get credit for this," said David Hayes, who served as deputy Interior secretary in both the Clinton and Obama administrations.

"The juxtaposition of the two bills is helpful. They reinforce each other and help remind everyone of what’s at stake here," added Hayes, who now serves as executive director of the State Energy & Environmental Impact Center at New York University School of Law.

"These lands that we’re talking about are heavily used," he said. "These are not lands that are set aside and put off-limits."

The legislation also claimed an unexpected boost from the novel coronavirus outbreak, despite its brief derailing of the measure this spring (E&E Daily, April 27).

Proponents have touted the bill’s economic benefits, particularly to rural areas that serve as gateway communities to large swaths of public lands, as well as the focus on social distancing and outdoor activities amid the pandemic.

"It’s a reminder that there is an economic rationale behind this; there is a business reminder and opportunity for all Americans to take advantage of our heritage and our magnificent resources," Hayes said.

Still, while the Senate measure cleared its first hurdle with last night’s procedural vote, the legislation faces potential pitfalls in the form of amendments that could give Gulf Coast states more revenue from offshore oil and gas leasing or apply new restrictions on the U.S. Park Police (E&E Daily, June 8).

Tracy Stone-Manning, the associate vice president for public lands at the National Wildlife Federation, remained optimistic that the latest effort to fund the LWCF, as well as address parks maintenance, could be the one to succeed.

"The country is so torn apart at the moment, and I think our leaders and Americans are desperate for people to come together," Stone-Manning said. "Congress needs to show it can still work and lead."

Congress established the LWCF in 1964, but funding for the program has remained in flux since the beginning, only twice reaching its authorized level of $900 million annually, in 1998 and 2001.

"The program hasn’t and will not meet its full promise unless Congress says, ‘We’re going to do this,’" Stone-Manning said.

The LWCF relies on proceeds from offshore oil and gas drilling to fund grants for states to preserve and maintain parks, forests, recreation areas and cultural sites. It is also used to acquire land and water for the federal estate.

The program’s advocates claimed a significant victory last year, when Congress granted it permanent authorization in the John D. Dingell Jr. Conservation, Management and Recreation Act of 2019, but House and Senate lawmakers failed to reach consensus on a proposal to permanently fund the program.

Loosening Congress’ grip on the purse strings has long been a challenge for LWCF advocates, sinking past attempts to remove the program from the annual appropriations process.

President Clinton rolled out the Lands Legacy Initiative midway through his second term in the White House, vowing to "meet the conservation challenges of a new century."

The proposal included full funding for the LWCF, which no prior administration had sought at that time.

Lawmakers joined in the push, with Senate and House Republicans including the permanent funding in an environmental agenda released a few months later.

"The administration has not been terribly helpful in our request, but we want to guarantee that $900 million goes in every year," then-Sen. John Chafee (R-R.I.), who led the Environment and Public Works Committee, told The Washington Times in April 1999.

"As with any complex bill, we have had to balance many viewpoints to craft this bill," Miller told E&E News at the time. "But the bottom line is that we have agreed on an historic package that provides permanent protection to our natural resources."

But the "Conservation and Reinvestment Act" would repeatedly stumble in the Senate, where it faced opposition from lawmakers who raised concerns about mandatory spending and objected to growing the federal estate — particularly in Western states, where much of the nation’s public lands are located.

"It ultimately fell when appropriators in Congress didn’t want their hands forced and wanted to continue to have discretion about how much money to spend on this program. That’s always been the challenge here," Hayes recalled.

Then-Sen. Don Nickles (R-Okla.), the Senate majority whip at the time, would prove to be a leader of the opposition, using parliamentary procedures to slow hearings and object to the legislation.

"We also believe that giving the current administration a guaranteed funding stream for land acquisition will only encourage them to pursue their failed public lands agenda, which ignores the rights of private landowners and others living in states that are already largely owned by the federal government," Nickles wrote in a letter to then-Sen. Frank Murkowski (R-Alaska) that was published by the Associated Press.

The measure ultimately failed to receive a Senate vote, although lawmakers would continue to pursue its passage under the George W. Bush administration, though the terrorist attacks of Sept. 11, 2001, would derail the bill’s hopes (E&E Daily, Jan. 25, 2001).

Who gets the credit?

Hayes described Babbitt, who previously served as Arizona’s governor, as a "lifelong appreciator of the special resources in the public lands."

"Babbitt, along with John Podesta and President Clinton, was very focused on protecting America’s jewels, many of which were in the public lands and were part of the public lands that were threatened with development," Hayes recalled.

During the current campaign for LWCF funding, it is a pair of Republican lawmakers who have aggressively sought recognition for their work on the legislation: Montana Sen. Steve Daines and Colorado Sen. Cory Gardner (E&E Daily, June 2).

Both lawmakers face significant challenges in their respective reelection bids and are banking in part on the appeal of public lands legislation to help boost their prospects.

Manchin dismissed the idea that any one lawmaker could claim credit for getting the bill passed — should it succeed — and said it must be viewed as a bipartisan victory.

"Whoever wants to take credit for it, I would hope that every Democrat and every Republican that supports it, endorses it, can stand and lock arms and say, ‘We did something together.’ And if that helps their reelection campaign, so be it," Manchin said. "I think you have to take advantage of an opportunity that comes before you."