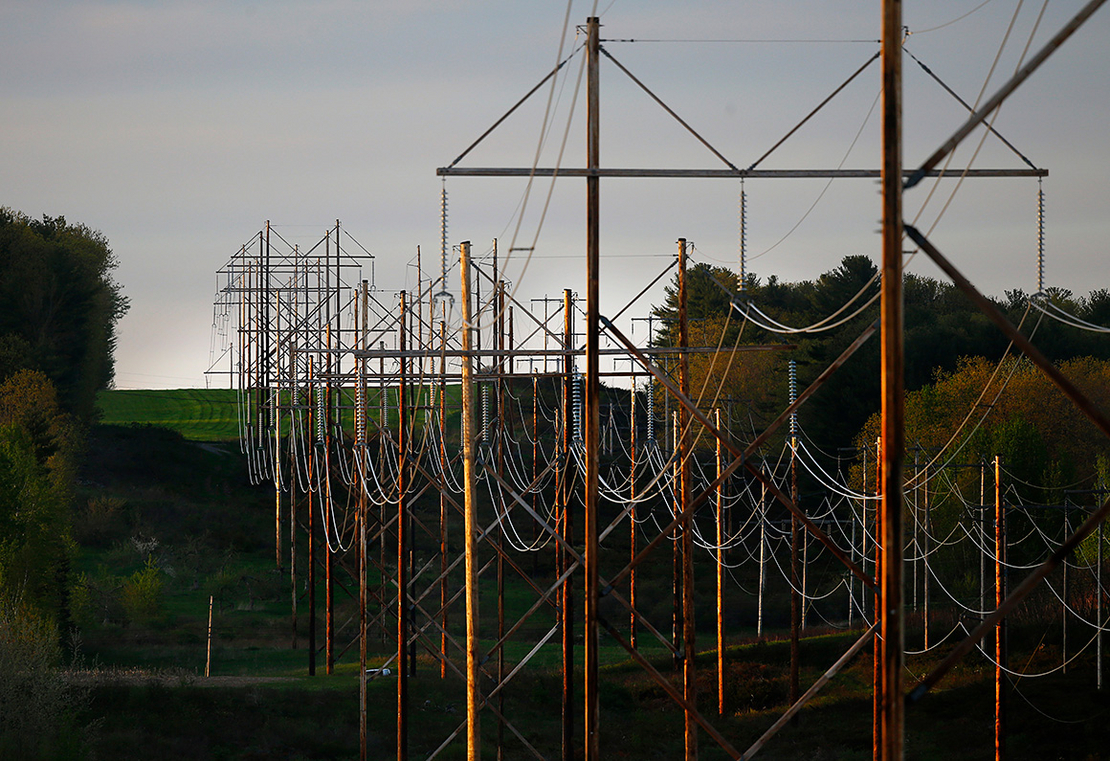 Power lines are seen in Pownal, Maine, in 2019. The state Supreme Court revived a controversial project to build transmission lines from Canada to Massachusetts for hydropower. AP Photo/Robert F. Bukaty

Maine’s highest court ruled today that a 2021 ballot initiative seeking to block construction of a 145-mile transmission line was unconstitutional, potentially reviving efforts to build a high-profile project that would carry Canadian hydropower to New England

In a 39-page ruling, five justices of the Maine Supreme Judicial Court said the ballot measure could not retroactively ban New England Clean Energy Connect, or NECEC as the project is known. They noted the proposed transmission line had received a certificate of public convenience and necessity from state utility regulators. But in a legal twist, the justices remanded the case to a lower court to determine whether the project’s developer, Avangrid Inc., had started construction of the line in “good faith” of its permits.

The provision to retroactively limit the project “would infringe on NECEC’s constitutionally-protected vested rights if NECEC can demonstrate by a preponderance of the evidence that it engaged in substantial construction of the Project in good-faith reliance on the authority granted by the CPCN before Maine voters approved the initiated bill,” the court wrote.

The decision results in continued legal uncertainty for the line, which would carry hydropower from Canada to New England. The project’s proponents argue that the line is essential to decarbonizing New England’s power grid by complementing the build-out of offshore wind and solar. Its opponents contend that it would damage a unique ecosystem by cutting a transmission corridor through the Maine woods, distort the region’s power market and deliver few of the promised emission benefits.

In 2021, Maine voters overwhelmingly passed a ballot initiative that sought to retroactively ban construction of high-voltage transmission lines in the Upper Kennebec Region and subject other transmission projects to legislative approval. The vote halted work on NECEC and prompted Avangrid to file a lawsuit challenging the constitutionality of the referendum.