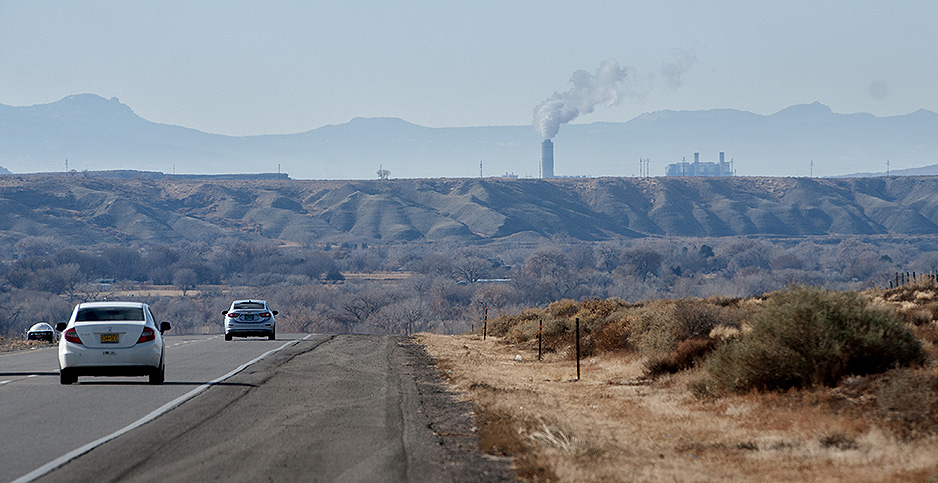 Arizona Public Service Co. in recent years has sparred with residential solar installers, dumped millions of dollars into a campaign to kill a clean energy ballot initiative and proposed buying so much natural gas that Arizona’s utility commission instituted a moratorium on new gas plants.

Now, Arizona’s largest utility says it wants to generate all its power from carbon-free sources by 2050. The announcement makes APS the latest utility giant to commit to steep carbon reductions, and it means the southwestern United States is on the verge of becoming coal-free by 2035.

In a plan outlined yesterday, the company said it would stop burning coal in 2031, when it retires its Four Corners Generating Station. APS also pledged to boost renewables to 45% of the company’s electricity generation by 2030 from about 12% today.

"My initial reaction is extremely positive," said Mike O’Boyle, director of electricity policy at Energy Innovation, a nonprofit that promotes clean energy. "Their 180 on this issue of accelerating the transition to clean energy reflects the market reality that renewables are the cheapest energy source available and that the economics of new fossil generation are not good."

APS is the latest green skeptic to ditch coal and embrace reducing carbon emissions. Earlier this month, Tri-State Generation and Transmission Association Inc., a Colorado-based utility cooperative, announced it would shut the two coal plants it operates by 2030 and replace their power with renewables (Climatewire, Jan. 10). That was followed by the Hoosier Energy Rural Electric Cooperative Inc. in Indiana this week. Hoosier said it plans to close its coal-fired Merom Generating Station in 2023 (Energywire, Jan 22).

Those moves were especially notable because utility cooperatives, which are owned by their members and generally serve rural parts of the country, have been among the most reluctant to give up on coal.

Analysts said the coal exodus is owed largely to the continued low cost of natural gas and the falling price of renewables. The trend toward wind and solar is especially pronounced in the West, which boasts an abundance of both resources.

A series of competitive solicitations for new renewable generation in Colorado and New Mexico have pushed developers to propose new projects for rock-bottom prices.

"There was a lag time when utilities were learning to effectively plan for new renewables. Now we’re seeing the fruits of their labor," said Mark Dyson, who follows the electric sector at the Rocky Mountain Institute, a nonprofit that supports a shift to clean energy. "They are running procurements and discovering true prices available in the market from competitive bidders for new solar, wind and storage."

America’s power market is being transformed as a result. Where coal represented close to half of the nation’s power generation in 2008, the U.S. Energy Information Administration now projects renewables will exceed coal’s share of U.S. electricity production in 2021.

The trend is pushing emissions lower. Preliminary estimates suggest U.S. greenhouse gas emissions were down 2.1%, thanks almost entirely to coal plant closures (Climatewire, Jan. 7). And it is winning some unlikely converts to climate action.

When Tri-State announced its plans to close its Craig and Escalante power plants earlier this month, company officials said they were attempting to aid Colorado’s climate goals. But they also predicted the shift to renewables would save consumers money.

"What’s encouraging about it is that very, very low cost of new renewables that are coming online. They’re coming in at costs well below the variable operating costs of our fossil fuel units," Tri-State CEO Duane Highley told reporters in a conference call. "So that savings in energy cost helps us to accelerate the write-off of what will become stranded assets in coal."

APS said yesterday it will close Four Corners Generating Station in 2031, seven years before its initial retirement date. The northwest New Mexico coal giant emitted 134 million tons of carbon dioxide between 2008 and 2018, according to EPA data, ranking it as the 22nd-largest CO2 emitting power plant in the country.

The decision means the Southwest is now on the verge of being coal-free. APS was one of five utility owners that supported the shutdown of the Navajo Generating Station, a massive coal plant in northern Arizona that closed late last year. NGS, as it was known, was one of the largest carbon emitters ever retired in the United States (Climatewire, Aug. 16, 2019). APS had also committed to closing its Cholla Power Plant, another Arizona coal plant, in 2025.

Tri-State will close its Escalante coal plant in New Mexico this year. The Public Service Co. of New Mexico (PNM) intends to shut down the San Juan Generating Station in northwest New Mexico in 2022. The city of Farmington, N.M., is hoping it can still save San Juan by installing carbon capture and sequestration, but PNM has said it would not buy power from the plant (Climatewire, Jan. 3).

And the Salt River Project, the Tempe-based utility cooperative, recently outlined plans to close its Coronado Generating Station in 2035.

That leaves the Springerville Generating Station, a large coal plant jointly owned by Tri-State, the Salt River Project and Tucson Electric Power, as the sole coal plant in New Mexico or Arizona without a near-term retirement date.

"This is transformative compared to what we were thinking would happen two years ago," said the Rocky Mountain Institute’s Dyson.

APS in recent years has come under scrutiny from state regulators and environmentalists for its positions on renewables. The company warred with solar developers over net metering, the practice of compensating residential solar owners for surplus capacity, before agreeing to a settlement in 2017 (Climatewire, March 10, 2017).

Its proposal in 2018 to more than double its natural gas capacity drew a rare rebuke from the Arizona Corporation Commission, which rejected the company’s plans and imposed a temporary moratorium on any acquisition of new gas (Climatewire, March 19, 2018).

And the company funneled $37.9 million into a campaign that year to defeat a ballot measure, Proposition 127, that would have required half of Arizona’s electricity to come from renewables by 2030. Voters soundly rejected it.

Suzanne Treviño, a spokeswoman for the utility, said the ballot measure would have impaired the company’s flexibility by not counting electricity generated by Palo Verde, the country’s largest nuclear power plant. Its new plan calls for generating 65% of the company’s electricity from carbon-free sources by 2030, with 45% of that coming from renewables.

"Today’s announcement includes flexibility and allows us to keep customer affordability at the forefront," Treviño said, adding that the announcement sends a signal to the business community to invest in clean energy research and development needed to meet its new 100% carbon-free threshold.

One of the big questions facing APS is the role of natural gas in the company’s future. Other large utilities, like Duke Energy Corp. and Southern Co., have committed to step up emissions reductions while also pushing plans for a slew of new natural gas plants. That has raised questions about the seriousness of such efforts.

Treviño said she wasn’t aware of any plans to build new natural gas capacity but said the utility would rely on its existing gas resources to help make the transition to 100% carbon-free electricity. APS is expected to submit its official long-term plans to state regulators in April.

State regulators, for their part, welcomed the announcement. In an interview, Arizona Corporation Commission Chairman Bob Burns, a Republican, noted that state utility regulators had been debating their own plans for a clean energy mandate.

"I’ve been trying to get a consensus on what we should set as a goal or mandate on our clean energy policy, and I haven’t been able to do that," he said. "This will help us focus. I would hope we would be able to have an official statewide plan, as well."

Burns added: "With Arizona and the amount of sunshine we have here, to me, it just makes sense. We’re turning the corner here and modernizing our system."