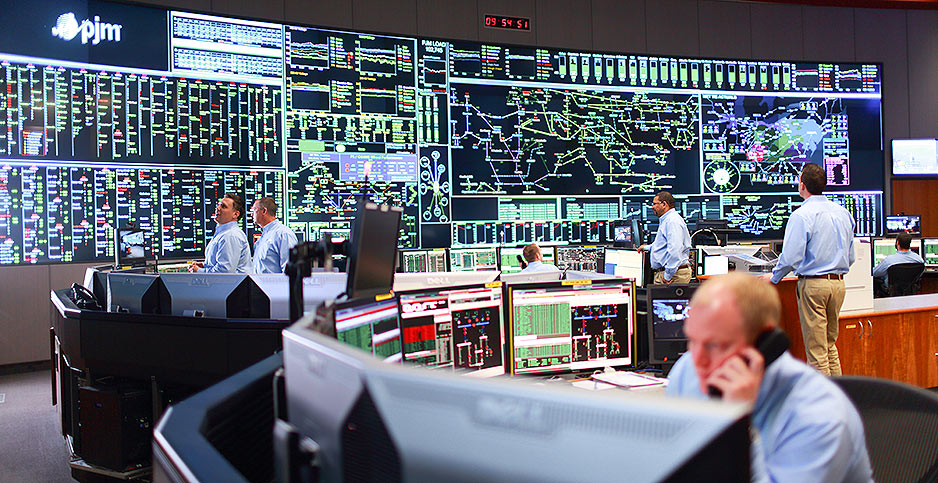 Last year, the nation’s largest grid operator scaled back the use of a controversial grid rule that wind and solar developers claimed unfairly favored fossil fuels.

Now, clean energy advocates have their sights set on another issue they say may give coal, natural gas and nuclear generators a leg up with PJM Interconnection, a regional transmission organization that oversees the flow of power in 13 states and the District of Columbia.

The issue is known as capacity value, and how PJM handles it could have implications for everything from coal plant retirements to battery deployment to the reliability of the power grid for the 65 million people living in the PJM region.

Broadly, capacity value attempts to measure the extent to which different types of energy resources — from coal to nuclear to solar — can be counted on to provide power when it is most needed. The metric is critical for PJM and other grid operators, which were largely designed to ensure that electricity is reliable and affordable but could also play a significant role in driving the pace of the transition to carbon-free power, analysts say.

“It highlights the overall problem that these market rules can serve as a barrier to getting more clean energy online and that reforming these rules at the margins can have an enormous impact,” said Joel Eisen, a professor of law at the University of Richmond.

PJM established a task force last year focused on potential reforms to its capacity market, including whether it should refine how it values the capacity of various energy resources. Similar discussions about capacity value are also underway in other grid regions, including California and New York, observers said.

In PJM, the capacity value for renewable resources like wind and solar projects accounts for their dependence on the weather and time of day.

But the modeling used for thermal resources in PJM — which include natural gas, coal and nuclear power plants — does not factor in the potential for a major weather event or other disruption that could knock out multiple generators at once, said Kat Burnham, principal at Advanced Energy Economy. It also hasn’t been revised significantly for about 20 years.

That raises questions about whether the system is fair for the small but growing number of renewable energy projects in PJM — not to mention the more than 200,000 megawatts of proposed carbon-free resources seeking to connect to the PJM grid, clean energy advocates say.

“When you have an outdated approach for resources like natural gas, oil and coal, they’re perhaps getting over-accredited for reliability contributions that they’re not actually providing,” Burnham said. “Whereas resources like renewables and battery storage and other advanced sources of energy … are discounted in a way that fossil fuel resources are not.”

Not everyone with a stake in the PJM market agrees on the need for reforms, nor is there agreement on what changes would make sense. In fact, the PJM Power Providers Group (P3) — which represents companies that own generators in the region — charged earlier this year that the grid operator was actually overestimating the capacity value of “certain intermittent resources” that the group said have been unable to deliver power at times of peak demand.

Glen Thomas, president of the group, said in an interview that there is no “straightforward answer” to the question of capacity value. What’s important is that all resources in PJM are held accountable for their obligations to deliver power for consumers, he said.

“I’m not sure anyone has made the case compellingly in PJM as it relates to thermal generators that the current standards are not adequate,” he said.

Those calling for a new system for valuing thermal resources say the issue has become more pressing as climate change-fueled storms pose new risks to the grid.

In February 2021, a multiday cold snap and storm known as Winter Storm Uri caused outages and failures at electric generating units across the south-central United States. Millions of people in Texas lost power, some for several days in a row, according to the North American Electric Reliability Corp.

One reason for the generator outages, NERC and the Federal Energy Regulatory Commission later determined, was fuel issues. In particular, many natural gas generators were unable to obtain the fuel they needed due to weather-related issues affecting natural gas processing and production.

PJM did not experience major outages during that storm, in part because weather conditions were less severe in the mid-Atlantic and Midwestern states that are part of PJM.

But Uri underscored the need to consider the potential of weather events to disrupt multiple thermal generators at once and how that could affect the reliability of the PJM system, said Zachary Ming, a director at Energy and Environmental Economics Inc. (E3).

“If a bunch of thermal is dependent on a particular gas pipeline and that gas pipeline goes out, that looks very similar to the wind stopping blowing.” Ming said. “That type of a risk is really just not reflected in the current approach to valuing thermal resources.”

E3 was recently retained by the power company Calpine Corp. to review the design of the PJM capacity market, including the issue of capacity value. The consulting firm, which has worked with utilities, regulators, environmental groups and others, identified several “areas for market improvement,” according to an analysis presented during a PJM meeting last month.

Notably, Ming’s research found that the PJM market might be “less reliable than stated” because it is not valuing resources properly for their contributions to reliability.

“They haven’t actually had all the things happen that need to happen for [this] to manifest in a reliability event, but there’s a very real possibility that it could,” Ming said.

E3 offered a potential solution: Apply the same type of metric used for determining the capacity value of renewable energy generators to thermal generators. That could help ensure that the market accounts for the risk of outages at multiple generators due to a sustained event — like a prolonged cold snap — rather than assuming any outages at thermal generators would occur independently of one another, Ming said.

Renewable energy developers, clean energy trade associations and some utilities have also supported such a change. In a letter sent to the PJM board of managers last year, a coalition of trade groups and companies argued that treating all resources in the capacity market in the same way could help correct the “tremendous bias” that benefits thermal generators.

“Ultimately, it is critical to take up an immediate review of thermal capacity valuation because this topic is pivotal to determine how much capacity PJM procures to meet evolving system needs, and at what cost,” the groups wrote. “PJM capacity market revenues may influence market entry and the retirement of inefficient resources, and must be done correctly to ensure PJM’s system continues to be a leader globally.”

‘You’re going to need these other plants’

For now, PJM is taking the issue seriously, in part through its new Resource Adequacy Senior Task Force formed last year, said Jeffrey Shields, manager of media relations for the nonprofit grid operator. Parties involved in the task force — including electric utilities, independent generators and others — aim to finalize potential reforms to capacity valuation by the end of 2023.

“It is critical to the reliability of the system that the capacity value of each resource accurately reflects that resource’s ability to provide power when dispatched, particularly as the grid evolves into one dominated by smaller, more dispersed, renewable resources whose output varies greatly with weather and time of day,” Shields said in an email.

As the grid operator considers the issue, Thomas of the PJM Power Providers Group cautioned against rushing through any major changes. Just last year, PJM instituted another major change to its capacity market when it stopped applying the so-called minimum offer price rule (MOPR) to resources with state subsidies, Thomas noted (Energywire, July 9, 2021).

While critics said it had the effect of raising costs for consumers and blocking renewable energy from the market, supporters of the MOPR said it helped ensure that reliable, on-demand generators remained in the market.

Changing how thermal generators in PJM are valued would compound the problems created by the elimination of the MOPR, Thomas said. If thermal generators are assigned a lower capacity value, some could ultimately retire, even though they contribute to the reliability of the grid, he argued.

“We’re going to have more wind and more solar. When that stuff is running at zero fuel costs, energy prices should be very competitive given those dynamics, but you’re going to need these other plants around when the sun is not shining and the wind is not blowing,” Thomas said.

Still, others say that the need to change how thermal resources are valued may become more pressing as additional renewable resources come online.

Numerous states in PJM, however, have established policies to transition toward a carbon-free power system. Some also aim to increase the use of electric cars and heat in the coming decades.

As demand for renewable energy grows, having an accurate system for measuring the capacity value of different resources will be critical for reliability, said Bill Dugan, director of wholesale optimization services at Customized Energy Solutions, a consulting firm for commercial energy consumers and others.

“Once the stuff starts to get online, and a lot of it will, this issue is really important, because it becomes about how much load can actually be served by these resources,” Dugan said.