Major Texas oil donor emerges this cycle. Who is he? 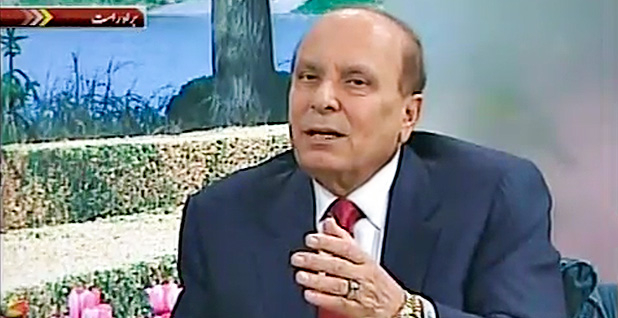 Texas oil mogul Syed Javaid Anwar has emerged as a top oil and gas donor to candidates and parties during this midterm election season.

Anwar, founder of Midland Energy Inc., has given more than $1.7 million to Texas Republicans, particularly Gov. Greg Abbott, who is expected to easily win re-election next Tuesday. That’s nearly double what Anwar gave last cycle, according to the National Institute on Money in Politics, a Montana-based nonprofit that tracks state-level campaign spending.

"If you are blessed, you share it," Anwar said in a telephone interview.

The number of oil businessmen who became major political donors after making their fortunes during the U.S. shale fracking boom has grown in the past several years. Since 2010, eight of those billionaires contributed more than $40 million to state-level political campaigns (Energywire, Aug. 13).

Oil businessmen tend to invest heavily in state races because that’s where they can have a seat at the table, political experts say. State energy and environmental regulators oversee exploration and development on private parcels, and local and state drilling bans can threaten the industry’s expansion.

But wealthy people can quickly become national players, noted Pete Quist, research director at the institute. "Anwar has jumped into the presidential elections the last couple of cycles, especially by making donations to single-candidate super [political action committees]," he said.

And he boasts a close friendship with former President George W. Bush, who calls him "J Daddy," Anwar said. Bush used to live in Midland, Texas, and the two connected through Don Evans, the Bush campaign chairman in 2000 and Bush’s former secretary of Commerce, who also has deep ties to the Texas energy industry.

"I have so much respect for that family," Anwar said of the Bushes.

Anwar says he identifies with traditional conservative political values around self-determination and free markets. So when President Trump secured the Republican Party’s presidential nomination in spring 2016, Anwar went on Pakistani TV to declare his surprise.

Today, he believes Trump has done a "decent job."

"I think he has some good ideas," he said. "I just don’t like his tweeting." He defended Trump’s position to close the U.S. borders to foreign asylum seekers: "Think about it. If everyone could walk in, what a chaos it would be." Himself an immigrant, he said, "I am for legal immigration."

He also expressed doubts about climate change. "I’m not an expert," he said. "We need to conserve our environment, [but] we cannot go back to the Stone Age and ride on horses."

He is not opposed to renewable energy if it can make a profit. "Let it compete on the free market," he said. "Let’s see if they win."

‘We were very lucky’

In the ranks of the Texas Republican Party, Anwar has maintained a low-profile. Several members of the state’s GOP executive committee reached by phone said they had never heard of Anwar. Others said they knew him but declined to talk about him.

Anwar was born in Karachi, Pakistan, raised by a single mother who worked as a telephone operator there. His grandparents helped pay for him to go to private high school. There, the rich kids all wanted to go to America. Eventually, Anwar bought a one-way ticket to Wyoming, where he went to college and studied petroleum engineering. Soon, he landed a job in the oil fields in Texas, bouncing between Houston and Amarillo and Pampa.

He quit his stable job to start his own oil drilling business in 1984, and his company has grown from just three employees to 28. He and his wife, Vicky Anwar, had two children who would grow up to work at the family business.

In the 1980s and ’90s, he accumulated several oil leases in the Permian Basin in West Texas. Oil prices were at rock bottom, and oil giants such as Exxon Mobil Corp. and Texaco Inc. were selling off assets during a period of mergers and consolidation.

But he had happened to cross paths with Ali Al-Naimi, the Saudi Arabian oil minister, who told him: "Mark my word. It will be over $20 in the early 2000s."

Anwar took that to heart and started purchasing assets in the Permian ahead of other companies. "We are very lucky," he said. "The basin is booming. It has had a tremendous effect on our bottom line."

Anwar said he wasn’t interested in politics before the prices increased and the latest boom-bust-boom cycle took hold a decade ago. He had no money. He’s not a registered Republican, but he has always supported capitalism and rejected what he calls socialism. "I have seen where there are people who depend on socialism," he said.

Over the years, he has also given large sums to public universities and charities. The morning Hurricane Harvey hit, he wrote a $50,000 check to the Islamic Society of Greater Houston. He has donated to a host of high-powered conservatives, ranging from members of the Texas Railroad Commission to state district court judges to the governor. His contributions ranged from $1,000 to a quarter of a million dollars this cycle, state records show.

Topping the list of recipients is Abbott, whom he gave more than $1 million in checks and airplane rides. When asked, Anwar said simply that he supports his free-market approach. "[Texas] has grown tremendously," he said. "You just cannot believe how lucky we are to have these Republican governors."

Anwar ranked first on a list of Abbott donors who gave hundreds of thousands to the governor, according to a Texas Tribune report last year. In 2015, Abbott appointed Anwar to the Texas Higher Education Coordinating Board.

On occasion, he has donated to politicians outside of Texas, and on rare occasions, he has donated to Democrats. This year, he gave about $5,000 to U.S. Sens. Bob Menendez of New Jersey and Mazie Hirono of Hawaii, according to the National Institute on Money in Politics. He is not opposed to supporting a Democrat "if he has the same philosophy as mine."

As for the 2020 presidential race, Anwar said it is too soon to tell whom he would support. He gave to Trump’s PAC ahead of 2016 but declined to say how much.

In fact, he expressed surprise at the large amount he has doled out this cycle. "I was shocked," he said.