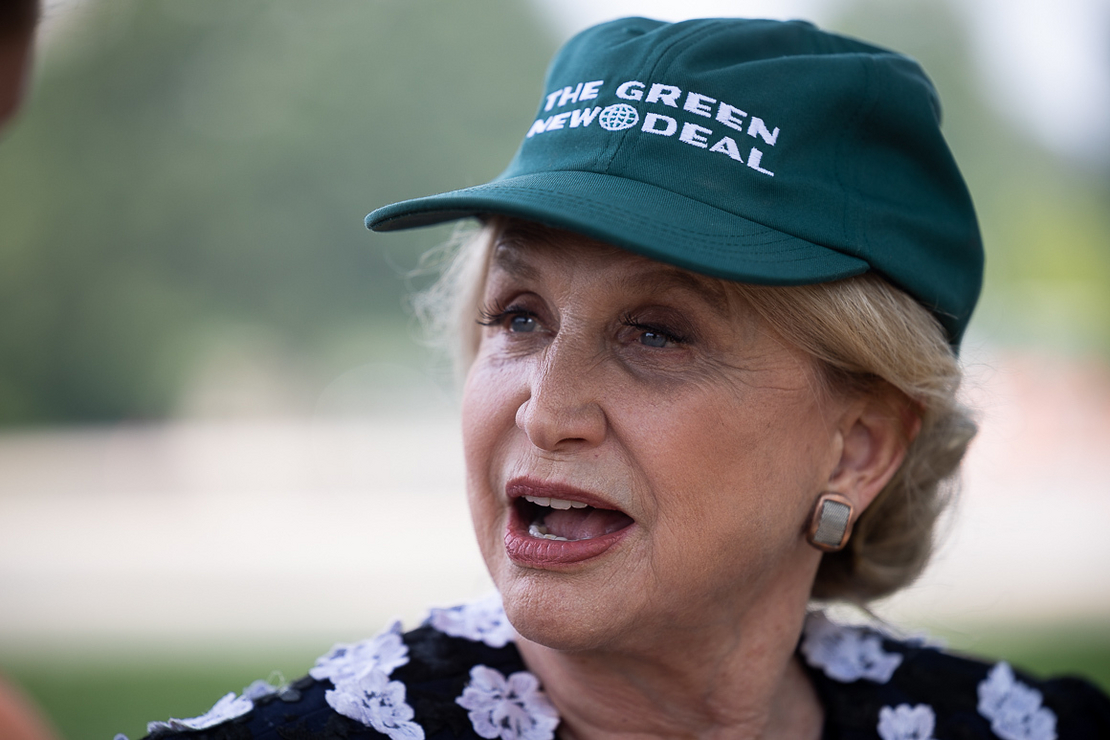 The House Oversight and Reform Committee chairwoman unveiled the proposal at a field hearing in New York City accompanied by a panel of scientists and environmental justice experts.

“We’re here today because people in New York and across the country are dying,” Maloney said in opening remarks. “Every year, over 3,000 New Yorkers lose their lives from health conditions related to particulate matter pollution, and our city’s peaker power plants are chiefly responsible.”

One of the panelists, Annel Hernandez, associate director of the New York City Environmental Justice Alliance, stressed that over the past 10 years, ratepayers paid $4.5 billion to have peaker plants — facilities that generally run during high demand — on hold. "Imagine the kind of clean and renewable energy projects that we could have invested in with that $4.5 billion."

Maloney’s proposal provides the framework for legislation for the committee to craft, according to a committee spokesperson. It comes as the Biden administration inches toward advancing its own environmental justice funding streams that have created excitement about the potential as well as anxiety about the rollout.

The committee spokesperson said the legislation should aim to “minimize the strain placed on the electric grid that drives peaker use, set a 100% renewable energy target for the federal government, deploy emerging air quality sensors on federal buildings and vehicles so we can tell when communities are in danger in real time, and ensure targeted oversight of the Biden-Harris Justice40 Initiative.”

Justice40 is the Biden administration’s plan to direct 40% of climate-related investments to marginalized communities. The administration had planned to release a screening tool — a nationwide database to track pollution — at the end of July, but the rollout has been delayed. A White House spokesperson said in an email this week that the screening tool will be out in the coming months.

Lawmakers this month introduced the "Environmental Justice Act" — S. 2630 and H.R. 2434 — to codify and expand a Clinton-era executive order on how agencies deal with environmental justice concerns.