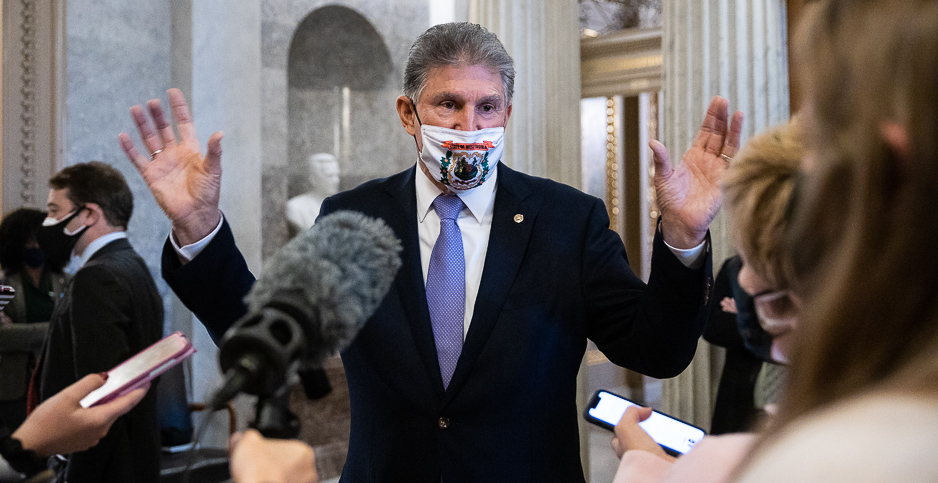 The Senate Energy and Natural Resources Committee will hold its first climate change hearing of the new Congress this week amid tensions between incoming Chairman Joe Manchin (D-W.Va.) and the White House.

The hearing, to look at climate trends and examine progress in addressing climate change, could go a long way in revealing the course of congressional climate action in the next two years.

Manchin, a coal state moderate who holds sway in the closely divided Senate, is a key vote on virtually any legislation, including a potential climate change and infrastructure bill that he could help craft as chairman of the ENR panel.

Incoming ranking member John Barrasso (R-Wyo.), meanwhile, was an important negotiator on the energy and climate package that passed into law at the end of last year, but he has also set himself up to be a top opponent of the Biden administration’s climate agenda.

The committee meeting Wednesday comes after the West Virginia senator took exception over the weekend to the Biden administration’s pitch for its $1.9 trillion COVID-19 relief proposal in his home state.

"I saw it. I couldn’t believe it. No one called me," Manchin said in a video after Vice President Kamala Harris did an interview with WSAZ-TV in West Virginia on pandemic relief over the weekend (see related story).

Democratic leaders are planning to move this week to begin the budget reconciliation process to allow them to pass a COVID-19 bill without Republican support in the 50-50 Senate.

But they’ll have to balance Manchin’s interests, particularly if they want to pass parts of Biden’s climate and infrastructure plans through a second reconciliation bill in the coming months (E&E Daily, Jan. 27).

Manchin, who famously shot a hole through the 2009 cap-and-trade bill in a campaign ad, has in recent years signaled that he is open to a clean energy standard to reduce greenhouse gas emissions, but he also offered a dose of skepticism about the Biden administration’s executive orders last week.

After President Biden moved to pause oil and gas leasing on public lands and initiate a broad effort to fight climate change at the agencies, Manchin said he spoke to the White House to reiterate "my strong commitment to advancing innovative energy technologies in order to address climate change while maintaining our energy independence."

"Today’s executive orders also commit the Biden Administration to focus on reinvesting in communities that have seen the loss of traditional energy jobs, like many in West Virginia," Manchin said in a statement last week.

"I intend to hold the Administration to this while ensuring that the burden of any acceleration in already changing markets is not unduly placed on these communities that powered our nation to greatness," he said.

The Energy and Natural Resources Committee tackled climate change in the last Congress under Chairwoman Lisa Murkowski (R-Alaska) as well.

At one hearing, nearly every witness raised their hand when asked whether they would recommend a price on carbon to reduce greenhouse gas emissions (E&E Daily, April 12, 2019).

It’s an issue that could be relevant again in the coming months, with some Democrats talking about fitting a carbon pricing scheme in budget reconciliation legislation.

"Carbon pricing to find a solution to emissions is one thing. Carbon pricing to basically restructure or redistribute the wealth doesn’t make any sense to me at all," Manchin said during that 2019 hearing.

"It just doesn’t really make sense to me that you’re saying, ‘We’re going to put a carbon price on, but we’re not going to use it to find a solution,’" he said.

More recently, Manchin said he wants to focus his committee on innovation and policies to boost communities struggling through the energy transition (E&E Daily, Jan. 15).

But Manchin also said he could be open to a clean energy standard. "We are open to everything on that," Manchin told E&E News last month.

"The bottom line is, though, when you are doing the things we are doing, you have to do it in a way that you don’t create one vast economic depression on the price of coal because another one has opened up with opportunities."