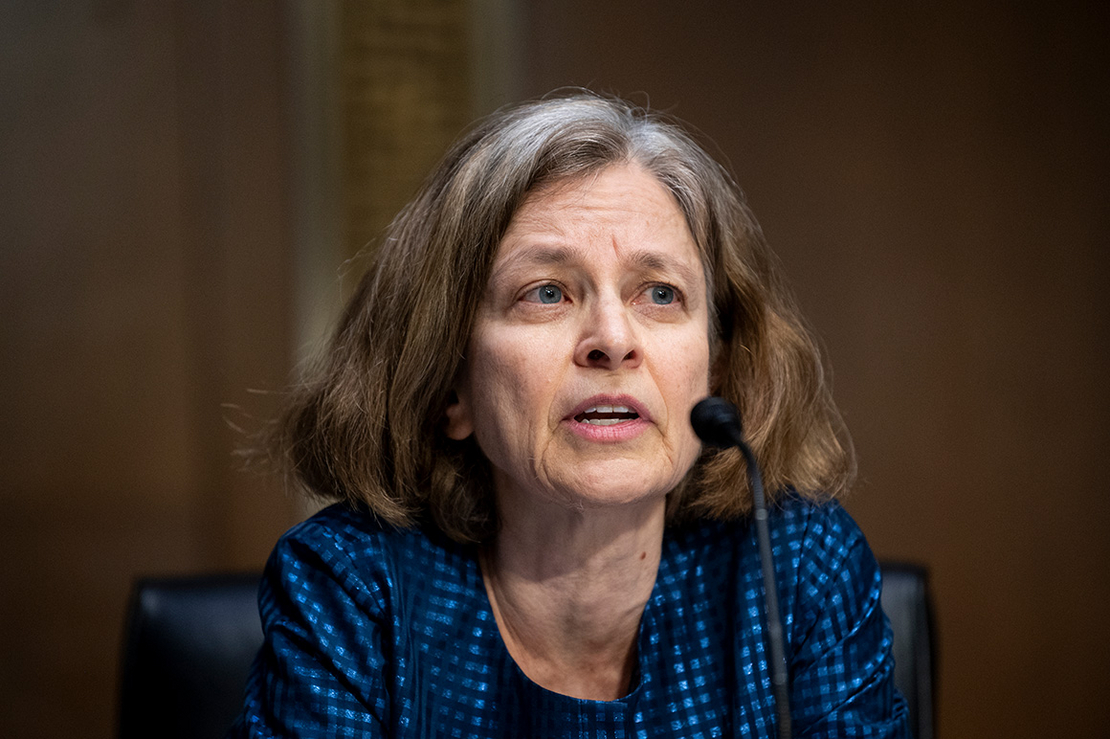 West Virginia Democratic Sen. Joe Manchin today came out against Sarah Bloom Raskin, which could kill her nomination to be the Federal Reserve’s top banking regulator.

“I have carefully reviewed Sarah Bloom Raskin’s qualifications and previous public statements. Her previous public statements have failed to satisfactorily address my concerns about the critical importance of financing an all-of-the-above energy policy to meet our nation’s critical energy needs,” Manchin said in a statement. “I have come to the conclusion that I am unable to support her nomination to serve as a member of the Federal Reserve Board.”

Republican opposition has stalled Raskin’s nomination for roughly a month. Selected by President Biden to be the Fed’s vice chair for supervision, Raskin drew sharp GOP criticism during her confirmation hearing for her views on climate change risk to the financial sector.

She argued in a 2020 op-ed, for instance, that the Fed should not have given Covid-19 relief money to fossil fuel companies, calling them a “terrible investment.”

The GOP has also alleged ethical misconduct during Raskin’s time in the private sector, saying she has refused to answer basic questions. Raskin has denied impropriety.

Manchin, the Senate Energy and Natural Resources Committee chair, controls a crucial swing vote in the 50-50 Senate, and his opposition likely means Raskin will not have the votes to pass the full chamber.

The White House said it is still hoping to get bipartisan support for Raskin. Deputy press secretary Chris Meagher noted she “earned bipartisan Senate confirmation” for previous posts at the Fed board and as deputy Treasury secretary.

“We are working to line up the bipartisan support that she deserves, so that she can be confirmed by the Senate for this important position,” Meagher said on Twitter.

Today’s development could end the blockade and allow Powell and other Fed nominees, including vice chair pick Lael Brainard, to move through the Banking Committee. But a spokesperson for Brown said the Banking chair would still try to “move forward Ms. Bloom Raskin’s nomination with bipartisan support, as Ms. Bloom Raskin has earned twice before.”

Manchin said: “The time has come for the Federal Reserve Board to return to its defining principles and dual mandate of controlling inflation by ensuring stable prices and maximum employment. I will not support any future nominee that does not respect these critical priorities.”