Manchin: Dems have ‘hit a balance’ with climate bill 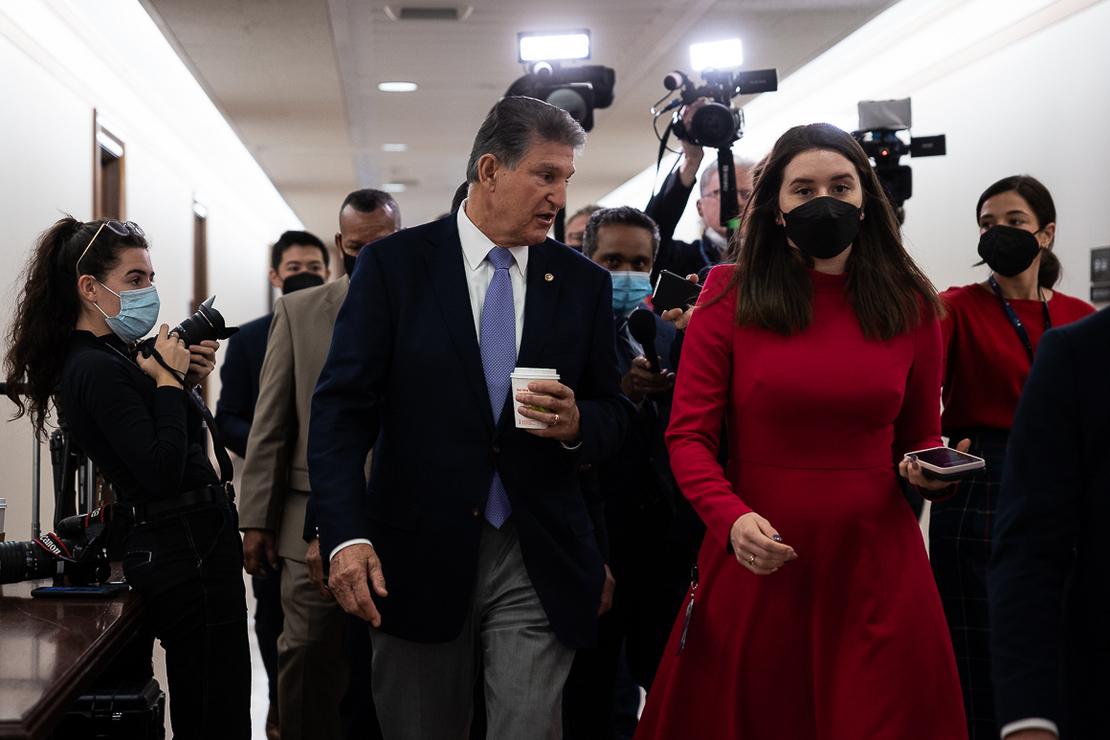 The deal, which shocked Capitol Hill yesterday afternoon, would offer support for a “robust” fossil fuel industry, as well as a broader transition to clean power, Manchin told reporters this morning.

The Senate Energy and Natural Resources chair also said he was confident the bill would not add to inflation, a major Manchin concern that led to a blow up with Schumer (D-N.Y.) two weeks ago.

“I think that we’ve hit a balance,” Manchin, who is still recovering from Covid-19, said during a virtual news conference. “This is not a Democrat bill, this is not a Republican bill. This is an American bill.”

The legislation — the “Inflation Reduction Act of 2022” — is the result of a year of negotiations on a party-line reconciliation bill and would be by far the biggest climate bill ever passed by Congress. It would offer up a huge suite of clean energy tax credits, incentives for electric vehicles, and money for environmental justice and energy efficiency, among other things.

The agreement packages up the climate provisions with drug pricing, tax and health care reforms. Democrats plan to vote on it in the Senate next week (E&E Daily, July 28).

The deal announcement yesterday came after weeks of uncertainty. After the latest round of inflation numbers dropped, Manchin told Schumer on July 14 he would not support the energy and tax provisions while prices were still so high.

Schumer, in turn, said Democrats would move forward only on the health care and drug provisions. But Manchin continued to say publicly he was still at the table and that Democrats could eventually work out a climate deal.

The week after the kerfuffle, Manchin said he spoke to Schumer again and told him “something positive could be done if we all want to work rationally.”

So Manchin said his staff kept working through the bill to scrub out any provisions that could be deemed inflationary.

By Tuesday evening, he said, they had largely come to agreement, and the bill was announced yesterday afternoon.

“Our people have been working around the clock for a long time, and I just never gave up,” Manchin said.

Mountain Valley ‘top of the heap’?

Still, open questions remain about the road ahead.

As part of the deal, Schumer and House Speaker Nancy Pelosi (D-Calif.) agreed to advance a permitting reform bill, likely to be tacked on to a stopgap spending measure at the end of the fiscal year.

Manchin said that was an essential component of the agreement, but it’s not clear what, exactly, the reforms will look like or whether they would get enough Republican support to pass the Senate.

The West Virginia Democrat said he would expect a permitting bill — or executive actions by the Biden administration — to help advance the Mountain Valley pipeline.

The project is a longtime priority for him. It would transport some 2 billion cubic feet of natural gas per day from Appalachian shale reserves to the mid-Atlantic and Southeast.

“I would like to think that Mountain Valley would be the top of the heap because it’s complete,” Manchin said. “It can be in production in six months.”

Another wild card is Sen. Kyrsten Sinema (D-Ariz.), who has not yet said whether she supports the bill. Sinema has in the past opposed the kind of corporate tax adjustments Democrats are proposing.

Manchin said he has not spoken to Sinema but would “hope that she would be receptive.”

Other Democratic moderates, however, appear to be happy with the deal, particularly the deficit reduction component.

Democrats will still have to clear the legislation with the Senate parliamentarian, who determines which provisions do not meet the strict budget standards that govern reconciliation. The process is known as the “Byrd bath” after the late Sen. Robert Byrd (D-W.Va.).

One item that could cause parliamentary challenges is the bill’s mandated oil lease sales in the Gulf of Mexico and off the Alaskan coast, a Manchin priority that helped secure his support for the clean energy components.

The energy Byrd bath “has been going on for a long time,” given months of negotiations on the major provisions, said Sen. Martin Heinrich (D-N.M.).

“All the pieces and parts have been being vetted through that for a long period of time, so I don’t expect any substantial issues,” Heinrich said in an interview this morning.