Manchin doubles down against reconciliation bill 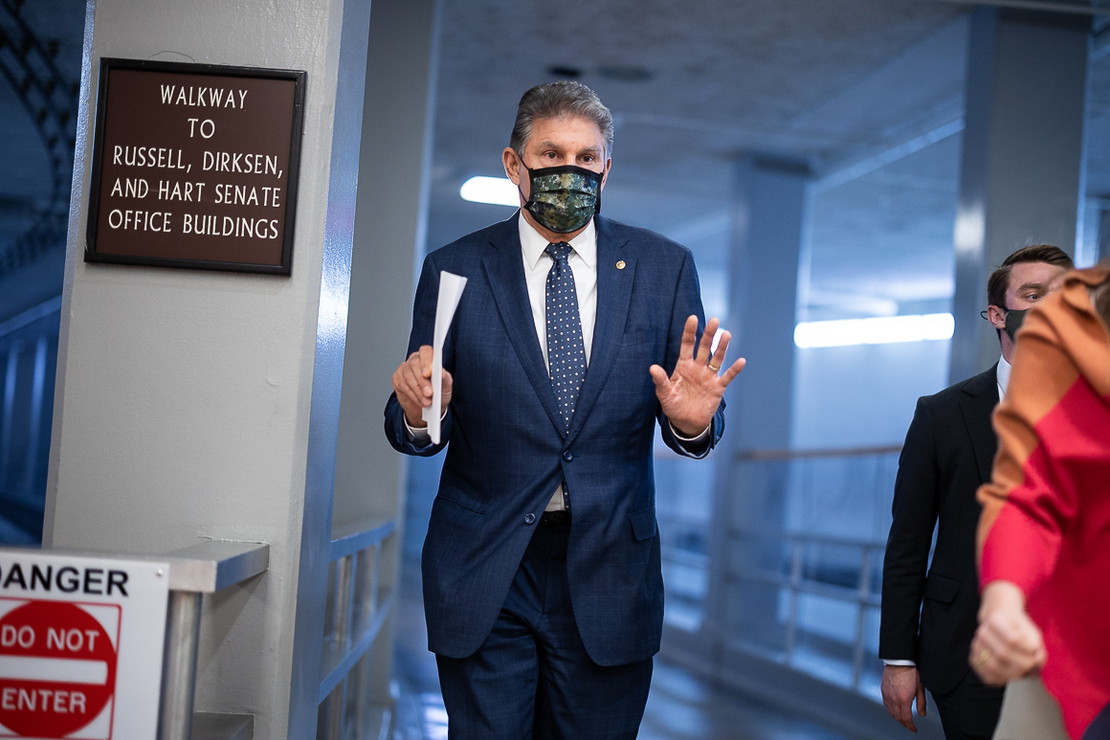 In an interview on West Virginia’s MetroNews radio network, Manchin reiterated his contention that the latest $1.75 trillion version of the “Build Back Better Act” — with $555 billion for climate and related programs — though smaller by its top-line cost than previous proposals, is still not responsive to his concerns.

“Inflation is the biggest threat I think we have right now,” Manchin told host Hoppy Kercheval in an interview this morning.

“This changes so many categories in American culture, in American society. Revamps the entire tax code and revamps entire energy policies of our country and the social platforms that we use to support people,” he continued.

Manchin said the bill would also greatly increase the national debt, a major threat to the country.

“So I said, ‘Don’t you think we have to take another approach?’” Manchin told Kerchevan about his conversations with Democratic leaders and the White House. “’We’re in a 50-50 Senate. You all are approaching legislation as if you have 55 or 60 senators that are Democrats, and you can do whatever you want.’”

Manchin said he wanted more provisions aimed at “holding people accountable” and objected to factors like the Child Tax Credit increase without a work requirement. He also expressed concern about tax credits for buying electric vehicles.

“Why are we allowing someone that makes $500,000 to get a discount on an electric vehicle? That doesn’t make any sense to me,” he said.

The comments align with Manchin’s interview on "Fox News Sunday” yesterday, in which he said he would not vote for the “Build Back Better Act" (E&E Daily. Dec. 20).

“I cannot vote to continue with this piece of legislation. I just can’t,” he said. “I’ve tried everything humanly possible. I can’t get there. This is a no on this legislation."

Manchin added some new details on the process this morning, including putting blame on White House staff for how he has been treated.

“It’s not the president, it’s his staff,” Manchin told Kervechal. “They put some things out that were absolutely inexcusable,” the senator said, without elaborating.

Manchin called for the Senate to vote on the bill nonetheless, though he won’t "guarantee" how he’ll vote. “Please put it on the floor. Maybe it’ll sink in that we have to look at a different direction than this far-reaching social agenda of yours,” he continued, noting that Sen. Bernie Sanders (I-Vt.) made a similar call yesterday — though Sanders wanted to use the vote to shame Manchin.

“The People demands that we stay at the table to pass the Build Back Better Act. While it is disappointing that we may not have a law by the end of the year, we are hopeful that we will soon reach agreement so that this vital legislation can pass as soon as possible next year,” Pelosi said in a letter to colleagues last night.

“We simply cannot give up,” Schumer wrote to Senate Democrats this morning.

Manchin did leave the door open to moving forward on some parts of the legislation, particularly those that aim to lower drug prices and to undo parts of the Tax Cuts and Jobs Act of 2017 that was pushed by former President Trump and Republicans.

“You got a chance to fix it. That was the only thing that all the Democrats voted against in 2017,” he said. “If we all disagree with the Republicans reconciliation on tax cuts, don’t you think we can sit down and fix a fair and equitable tax code?”