Manchin has raked in $400K in fossil fuel donations 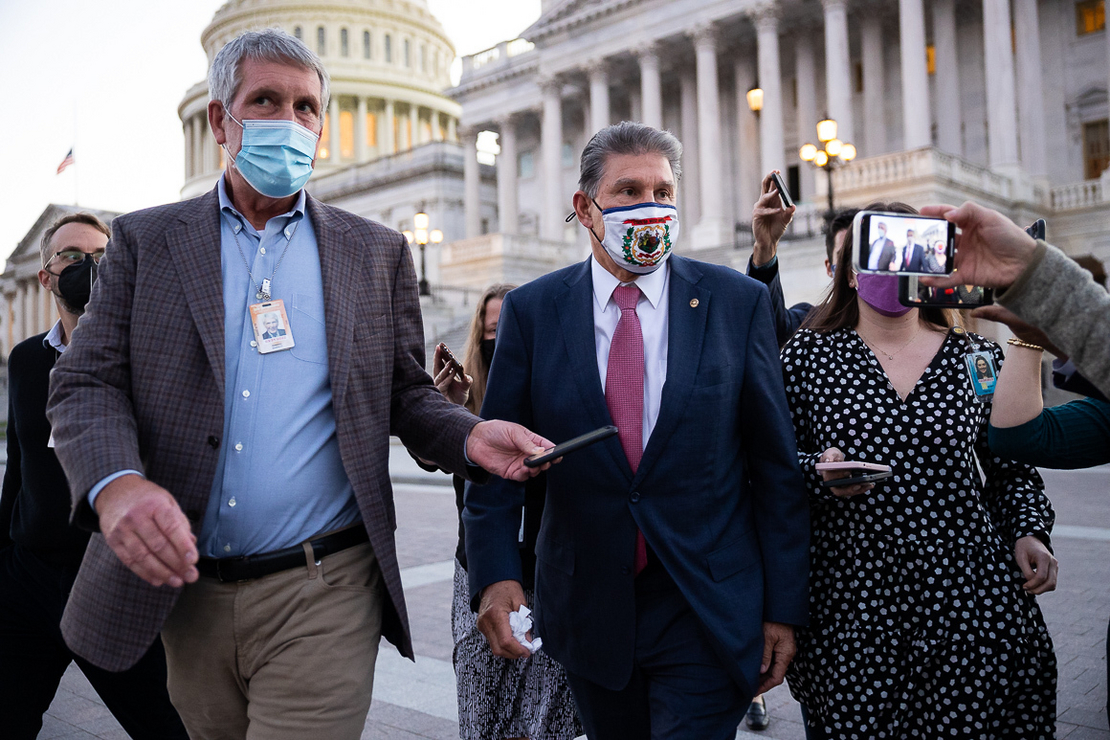 Sen. Joe Manchin took in more than $400,000 from fossil fuel interests in recent months as he fought his colleagues’ plans to reduce greenhouse gas emissions in the electricity sector.

Manchin, a West Virginia Democrat who is up for reelection in 2024, raised $1.6 million in campaign contributions between July and October, according to his election campaign’s filings with the Federal Election Commission.

Manchin, who chairs the Senate Energy and Natural Resources Committee, has emerged in recent months as a top Democratic opponent of President Biden’s $3.5 trillion budget proposal.

He has been particularly vocal in opposition to the Clean Electricity Performance Program (CEPP), which would seek to spur electric utilities to reduce their use of fossil fuels.

“The transition is happening. Now they’re wanting to pay companies to do what they’re already doing,” Manchin told CNN last month. “Makes no sense to me at all for us to take billions of dollars and pay utilities for what they’re going to do as the market transitions.” While it is true that utilities have been ramping up their transition to cleaner sources, Democrats and advocates say the CEPP would speed up that transition.

The opposition comes despite Manchin’s leadership of ENR, which would be tasked with writing the clean energy portion of the legislation. He is also bucking the vast majority of congressional Democrats in fighting the climate proposals (E&E Daily, Oct. 5).

Some Democrats have started to look for other climate proposals amid reports that the White House may give up on the CEPP due to Manchin’s opposition (E&E Daily, Oct. 19).

The Sunrise Movement castigated Manchin for accepting the fossil fuel money, saying it shows that he should not be involved in writing climate legislation.

“It’s unfathomable that Joe Manchin, who is continuously profiting from the fossil fuel industry — raking in hundreds of thousands of dollars for his campaign and earning millions from his son’s fossil fuel energy firm — is responsible for writing our nation’s climate and energy policy as chair of the Senate Energy and Natural Resources Committee,” Lauren Maunus, Sunrise’s advocacy director, said in a statement.

Manchin has long been an advocate for coal during the industry’s ongoing decline, since West Virginia is one of the nation’s top coal producers. He brings in hundreds of thousands of dollars each year from a family-owned coal brokerage firm.

But the fossil fuel donations he received in recent months overwhelmingly came from the oil and natural gas industry, not coal.

Gas in particular stands to take a big hit from the CEPP. Its use has grown significantly in the last decade as an electricity fuel, but the CEPP would seek to cut it dramatically, toward Biden’s goal of a decarbonized electricity sector by 2035.

The oil and gas industry has been fighting the CEPP proposal, arguing that it threatens benefits gas brings to the grid like reliability (Energywire, Sept. 15).

ConocoPhillips declined to comment on the contributions by its PAC and executives. Other companies and a representative for Manchin did not respond to requests for comment.