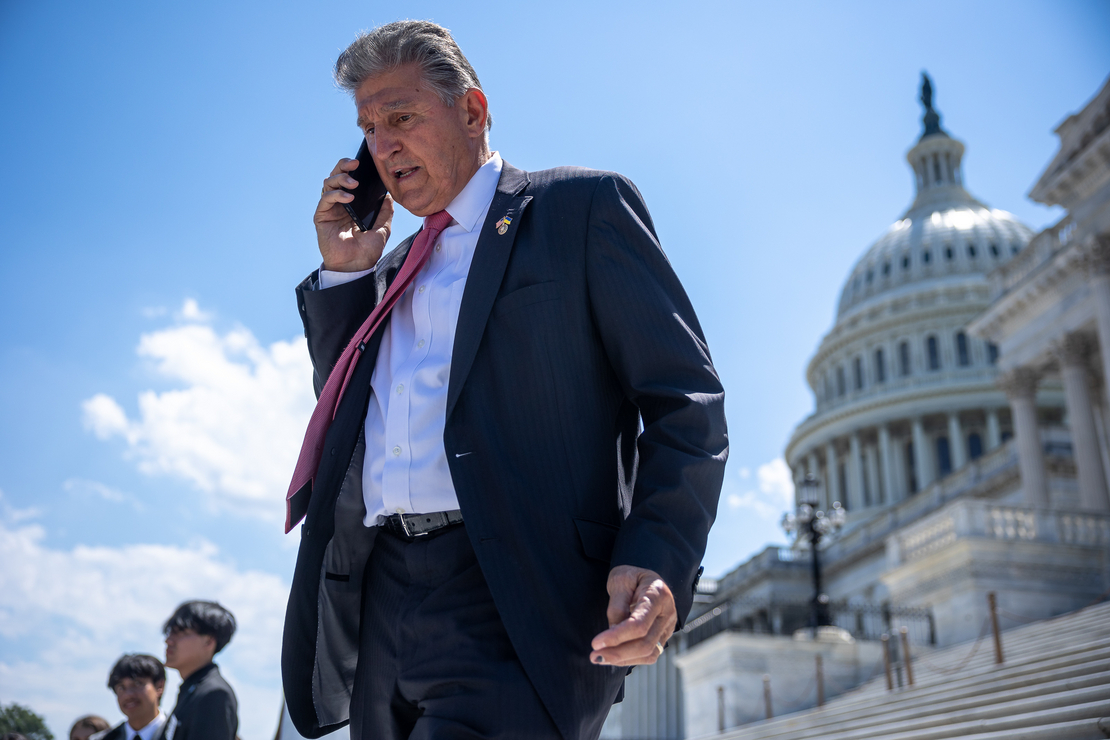 West Virginia Democratic Sen. Joe Manchin today killed any chance of new climate spending as part of a budget reconciliation package this month, according to a Democrat briefed on the matter.

Manchin told Schumer “unequivocally” that he would not support any new spending on climate action under the budget reconciliation package under discussion.

Negotiations to this point had focused on approving more than $300 billion in clean energy tax credits, a record amount of spending for climate action.

The West Virginia Democrat said he could support a limited reconciliation package that exclusively focused on prescription drug pricing and a two-year extension of Affordable Care Act subsidies.

Spokeswoman Sam Runyon said in a statement, “Political headlines are of no value to the millions of Americans struggling to afford groceries and gas as inflation soars to 9.1 percent. Senator Manchin believes it’s time for leaders to put political agendas aside, reevaluate and adjust to the economic realities the country faces to avoid taking steps that add fuel to the inflation fire.”