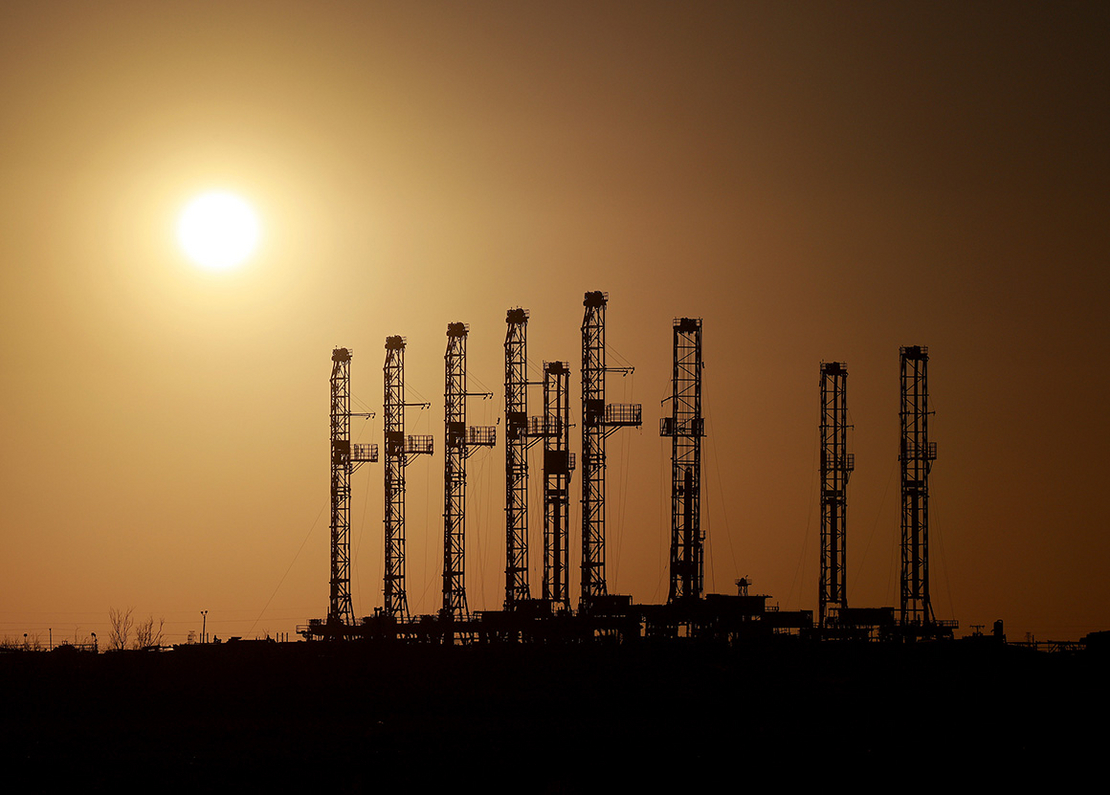 Tucked into the massive climate bill President Joe Biden signed into law this week is a one-sentence provision that could give a huge financial boost to a single energy company.

The provision, found on page 687, provides $700 million in grants to mitigate the methane emissions of “marginal conventional wells.” These are low-producing oil and gas wells near the end of their useful economic life. They are a specialty of Alabama-based Diversified Energy Co. PLC.

The company owns more oil and gas wells than any other U.S. company, including more than 10 percent of the estimated 600,000 marginal wells in the country. Much of Diversified Energy’s business model relies on acquiring dying wells, which often have high methane emissions, and milking them for profit years after other companies walk away.

Because of the sheer number of marginal wells owned by Diversified Energy, the company is well positioned to take advantage of the one-sentence provision in the Inflation Reduction Act, observers say. The company can use the $700 million in federal grants to plug defunct wells and contain methane leaks.

“By the mere fact that they’re so large by well count, they do stand to benefit from this,” said Adam Peltz, a senior attorney at the Environmental Defense Fund.

Though unknown to the broader American public, Diversified Energy has spent years cultivating a relationship with Sen. Joe Manchin (D-W.Va.), the chief architect of the Inflation Reduction Act. It has opened a field office in West Virginia and contributed more money to Manchin than any other candidate in this election cycle.

The company also pays Larry Puccio, Manchin’s close friend and former chief of staff, to lobby on the state and federal level. Company officials had dinner with Manchin a few days before the Senate approved the Inflation Reduction Act, the Wall Street Journal reported.

Manchin did not respond when asked for comment by E&E News. Reached over the phone, Puccio said, “I’m not an elected official, and I don’t do interviews.”

Diversified claims in financial reports that it owns 67,000 oil and gas wells, both conventional and unconventional. That’s far more wells than Exxon Mobil Corp., the second-biggest well holder, which owns about 37,000.

Diversified aims to get about 50 years of use out of each well. That approach means wells are kept unplugged — and potentially releasing climate-damaging methane — for years or even decades after they might otherwise be sealed, Bloomberg has reported.

All oil and gas wells eventually become marginal at some point. It’s their journey that has the biggest implications for climate and pollution, Peltz said.

The largest energy companies generally operate wells only as long as they are highly productive, he said. As the profit margins of a well declines, the larger companies — which have higher overhead costs — look to offload it.

Smaller companies with lower operating costs buy those wells and keep them going for years, often selling them down a chain of increasingly financially troubled companies. Some of those smaller companies eventually go bankrupt, leaving the taxpayer with the cost of plugging the well.

Abandoned wells not only leak methane that warms the planet — they also pollute the air and groundwater, Peltz said.

“Clearly, we’ve made terrible mistakes in the past, and that’s why we are where we are with all these different wells,” he said. “The real shame is if we don’t prevent today’s currently active wells from becoming orphans in the future and Diversified is a test case of that.”

Like other successful energy companies, Diversified Energy has learned to work the halls of federal and state power.

A critical piece of that effort is Puccio, Diversified’s lobbyist in West Virginia and at the federal level, according to federal and state lobbying reports. Puccio is Manchin’s lifelong friend, and he has played key roles throughout Manchin’s political career — serving as a campaign director and former chief of staff.

Since Puccio opened his federal lobbying office last year, Diversified has donated more to Manchin than any other candidate in the current election cycle, according to data compiled by OpenSecrets. The company has given a combined $13,300 so far to Manchin’s Country Roads PAC and his campaign committee, Manchin for West Virginia.

Days before the Senate vote on the Inflation Reduction Act, company representatives sat down with Manchin and other energy officials for a seafood dinner near the Capitol. It’s unclear whether Puccio attended the meal.

As the largest well owner in the country, Diversified’s holdings account for an outsized share of greenhouse gas emissions, but it does not have funds set aside to decommission their wells, said Ted Boettner, a senior researcher at the Ohio River Valley Institute, which supports clean energy in Appalachia.

“Most of their wells are more than 20 years old and at the end of their economic life,” he said. “Diversified’s business model is based on harvesting cash flows from its wells and delaying plugging costs, which could potentially shift billions [of dollars] in plugging and reclamation costs on to taxpayers.”

Diversified did not answer a question as to whether it would seek a piece of the $700 million pot of federal funds. Diversified CEO Rusty Hutson Jr. in a statement praised the bill’s energy policy provisions, which include a potential windfall for his company.

“We believe the energy policy provisions will create a consistent and balanced framework for natural gas production moving forward,” he said. “Our unwavering focus will remain on the efficient and responsible operations of our assets, because ensuring natural gas reaches our customers is the right thing for our business, environment, national security, and global diplomacy.”

Diversified has been buying up smaller well-plugging companies and has a goal of plugging about 200 of its wells annually.

At that rate, it would take centuries to plug the company’s current assets.

In addition to its wells, Diversified owns 17,000 miles of natural-gas-gathering pipelines as well as compression stations. That means the company also could tap into another pot of Inflation Reduction Act funding — $850 million to reduce methane emissions from wells and pipelines.

Increased regulations on methane emissions, which EPA is expected to release in the coming months, represents a major threat to Diversified’s business model. But the two pots of federal money could mean the company might save tens of millions of dollars in costs to address leaks.

Diversified is listed on the London Stock Exchange, and it reported a market cap of $1.12 billion in 2021. For this year, the company reported a net loss of $935 million in the first half of 2022, according to a company financial statement published earlier this month.

Over the last decade, Diversified has purchased wells in the Appalachian Basin. Diversified holds the most low-producing wells in key energy-producing states, including West Virginia, Pennsylvania, Kentucky and Ohio, according to a report from the Ohio River Valley Institute.

Diversified has claimed it developed technology — called Smarter Well Management — that can rejuvenate dormant wells and extract more oil and gas from dwindling wells than other companies. The company has stated it has a goal of reducing its methane emissions 30 percent by 2026 and 50 percent by 2050.

Low-producing oil and gas wells account for about half of the methane emissions from all wells in the United States even though they only produce about 6 percent of the output, according to a study published in Nature Communications in April. Aging wells often suffer from years of neglect and have undetected methane emissions.

Diversified is ranked eighth for methane intensity for the top 100 oil and gas producers nationwide, according to a study funded by CERES, a nonprofit that promotes sustainability for businesses.