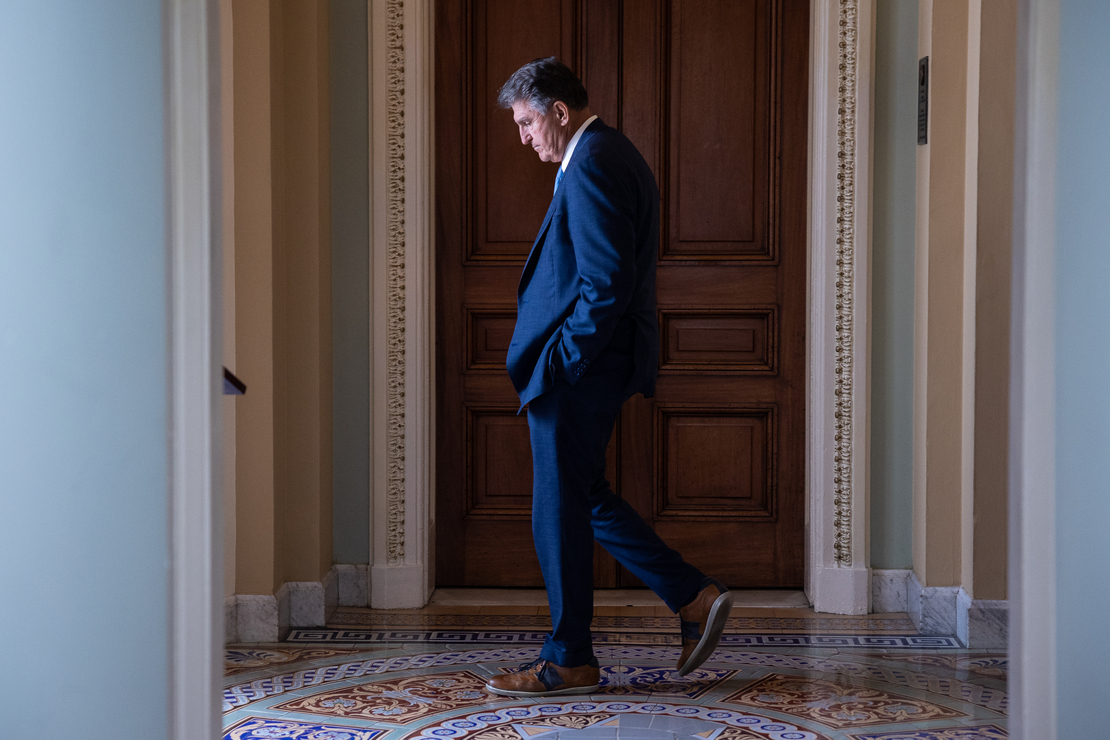 Mining companies have longed to get a fix for their federal permitting problems. But some legal experts say they shouldn’t hold out hope that those issues will go away with a new permitting reform proposal making its way through Congress.

Federal mine reviews have been moving at a snail’s pace for a long time. Even as President Joe Biden calls for a new U.S. mineral supply chain for electric vehicles and solar panels, his administration has approved relatively few new mines and slowed some projects.

On paper, it would seem Washington is poised this fall to wrestle with the industry’s woes, as Congress prepares to debate a permitting deal that Democratic leadership struck with Senate Energy and Natural Resources Chair Joe Manchin (D-W.Va.) as a condition for his vote on a landmark package of climate, health and tax legislation.

Although the text of the proposal has not been introduced, an outline Manchin released promises on paper what mining companies eager to start digging have long asked for: a faster permitting process.

Yet legal experts who reviewed the outline said mining companies really shouldn’t expect too much from Manchin’s deal.

According to the outline, the proposal would set one- to two-year mandatory timelines for completing environmental reviews under the National Environmental Policy Act and require the president to designate and prioritize reviewing projects of “strategic national importance” — including mining projects.

It would also set a one-year deadline for issuing permits related to Clean Water Act compliance and a statute of limitations for legal challenges against permits (Energywire, Aug. 4).

These provisions are vehemently opposed by many environmental groups that say they would wipe away regulations local communities can use to try to stop projects they oppose. Earthworks, a nongovernmental organization that advocates on behalf of people impacted by mining, said in a recent blog post the deal “is an attempt to stymie opportunities for communities to voice their opinion on projects that will directly impact them.”

Attorneys who work on federal permitting for mines described the outline in interviews as a mixed bag: Tighter deadlines to complete reviews, they said, won’t end the bureaucratic hurdles that cause delays to construction (Greenwire, Aug. 9).

“It would be misleading if we suggested that this is going to open up a lot of mines,” said Karen Bennett, a partner and co-chair of the environmental and administrative law practice at Washington firm Lewis Brisbois Bisgaard & Smith LLP.

Bennett said the changes to water permitting and a statute of limitations would certainly be beneficial for mining projects. As the Biden administration progresses on regulatory changes that could create new obstacles for projects on wetlands, for example, a legislative endeavor to simplify construction on water-heavy lands with federal Clean Water Act protections would benefit mine development.

But the deal’s primary focus on timelines on environmental reviews — instead of substantive changes to the factors actually considered by the government — could wind up adding a complication for mine approvals.

“I’m always cautious about things that say, ‘Do stuff faster. Prioritize,’” said Michael Drysdale, an attorney based in Minneapolis, Minn., who is of counsel to law firm Dorsey & Whitney LLP.

As a result, Drysdale could only conclude that the total sum of Manchin's deal “can’t hurt.”

“I don’t see it making things worse,” he said. “[But] it’s not changing the obligations the agencies must satisfy. There’s only so much you can do with, ‘Work harder, work faster.’”

Ellie Dawson, an attorney with Crowell & Moring LLP, echoed the sentiment there were some positive qualities in the deal for mining companies, but was skeptical of the time constraints.

“If quality is sacrificed in the effort to complete something by a timeline and then it's litigated, [and] if the preparation of the documents hasn’t been sufficient because they didn’t have enough time, that might not make things go faster,” Dawson said. “You could just be mired in litigation, fighting about the completeness of a [mine] plan or a review.”

Dawson concluded the deal could hypothetically speed up the pace permits are issued, but “that might not necessarily speed along the time to start a project.”

An easier way for Congress to resolve the mine plan backlog, Drysdale said, would be for lawmakers to fund new staffing at permitting agencies.

Democrats recently did this in their climate law, known as the Inflation Reduction Act, which provided $150 million to the Interior Department for hiring and training employees so they can hand ample funding to agencies that complete environmental analyses (Greenwire, Aug. 25).

The National Mining Association, a trade group that represents coal and hardrock mining companies, sees the permitting deal as a step in the right direction that could help shore up investor certainty in the U.S. as a future mining destination.

At the same time, Katie Sweeney, executive vice president and general counsel for NMA, said she too “understood where” attorneys concerned about the time frames were “coming from.”

In the end, she sees this proposal as “incremental progress.”

“We would like to see any progress happen. We’ve been waiting a long time. Does it do everything that probably needs to be done? No,” Sweeney said, “[but] we see this as one piece of the puzzle.”