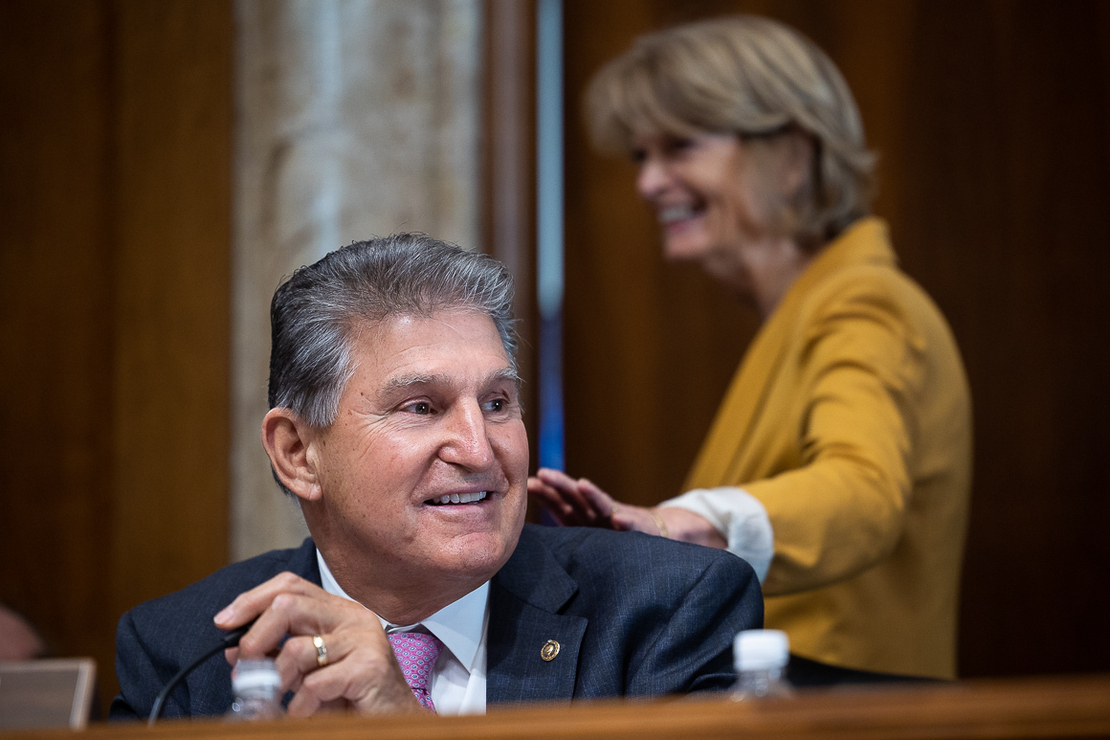 Senate Energy and Natural Resources Chair Joe Manchin is gauging support for a bipartisan energy and climate package this year.

The West Virginia Democrat, along with Republican moderate Lisa Murkowski of Alaska, led a meeting yesterday with lawmakers from across the ideological spectrum to determine what’s possible.

As Democrats and activists seek to restart negotiations on a partisan budget reconciliation package, Manchin and Murkowski are trying to determine whether there is appetite for a bipartisan deal akin to last year’s infrastructure package.

“[Last night’s] meeting was an effort to gauge bipartisan interest in a path forward that addressed our nation’s climate and energy security needs head on,” Manchin spokesperson Sam Runyon said in an email statement confirming the meeting.

Moderate lawmakers like Sens. Mark Kelly (D-Ariz.), John Hickenlooper (D-Colo.) and Mark Warner (D-Va.) were also in attendance. Other Republicans were invited but had conflicting engagements.

Manchin appears keen on resurrecting the legislative momentum that helped craft the bipartisan infrastructure law. That measure united lawmakers across party lines to enact one of the largest investments in infrastructure in the nation’s history, after talks appeared to stall last spring.

The climate and energy meeting came as Senate Democrats were hoping Manchin would return to the negotiating table to finalize more than $500 billion in climate spending included in the party’s reconciliation push.

Manchin killed a House-passed reconciliation bill in December over concerns it would exacerbate inflation and deepen the national debt. The energy crunch following Russia’s invasion of Ukraine has hardened Manchin’s views.

It’s not clear what yesterday’s meeting might mean for legislation once known as the “Build Back Better Act,” which included a roster of policies from numerous congressional committees, such as higher royalty rates for oil and gas development on public land and new incentives for electric vehicles (E&E Daily, April 25).

Moderate Republicans like Murkowski acknowledge climate change and are supportive of policies that boost nuclear energy and carbon capture and storage.

A few, including Cramer and Murkowski, have also expressed interest in a carbon border adjustment fee, an idea that was on the table during the early stages of negotiation on the reconciliation bill.

But securing 10 GOP votes for a “Build Back Better”-style suite of energy tax incentives and other policies could be a tall order. Cramer, for instance, said earlier this year that any GOP-supported climate and energy package would “be very modest by comparison to what they’re trying to do now” (E&E Daily, Jan. 21).

Moreover, many Republicans — particularly in the House — grumbled abut giving President Joe Biden a win on infrastructure. The GOP may be more resistant to a compromise so close to an election cycle it sees as going in its direction.

Still, Manchin, Murkowski and other moderates have expressed an intense interest in expediting domestic oil and gas production in the wake of Russia’s invasion of Ukraine, which could create space for a legislative deal.