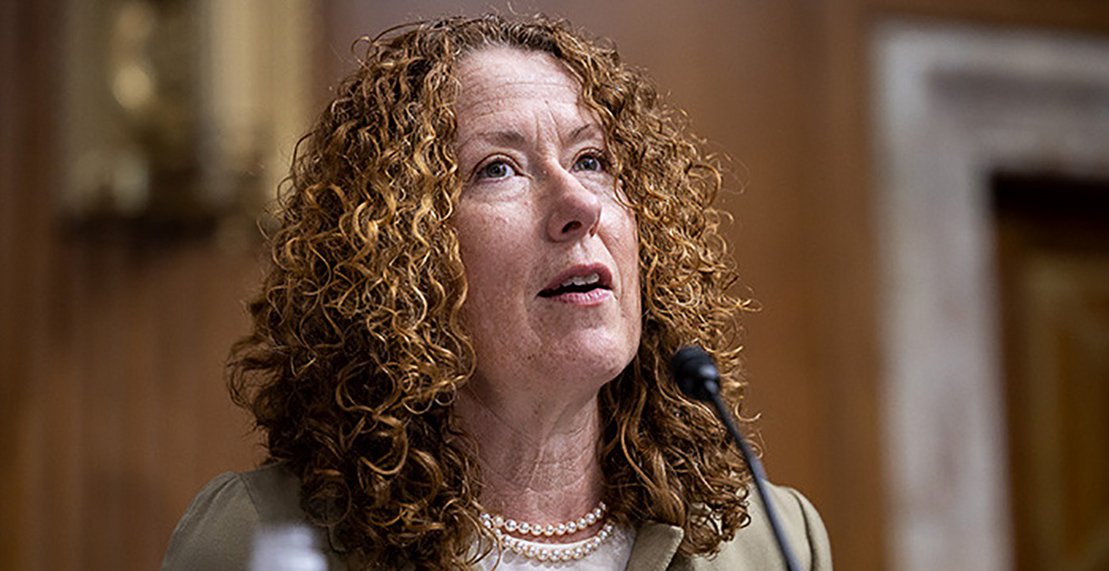 The Senate Energy and Natural Resources Committee will vote this week on Tracy Stone-Manning to lead the Bureau of Land Management. Francis Chung/E&E News

Senate Energy and Natural Resources Chairman Joe Manchin will support Tracy Stone-Manning, the beleaguered nominee tapped to run the Bureau of Land Management, according to a spokesperson for the West Virginia Democrat.

Manchin’s vote is a crucial one, as all 50 Republicans appear poised to vote against her in the evenly divided Senate. A spokeswoman for Manchin shared the lawmaker’s stance with E&E News yesterday evening. Manchin also announced yesterday the committee will meet on Thursday to vote on Stone-Manning’s nomination.

Stone-Manning has come under increasing fire from Republicans, who have labeled her an "eco-terrorist" for her involvement in a 1980s plot to sabotage a logging operation in Idaho by inserting metal spikes into hundreds of trees. While she was not directly implicated in the tree spiking, a man convicted in the plot told E&E News that she was aware of it in advance, contradicting her earlier statements (Greenwire, July 15). She later won immunity for testifying against the plotters.

Despite those concerns, sources familiar with discussions surrounding the nomination say Manchin’s position isn’t a huge surprise — he has largely backed President Biden’s prerogative to fill his Cabinet and is close with Sen. Jon Tester (D-Mont.), Stone-Manning’s former boss who personally recommended his one-time aide for the post.

But Manchin also has a history of disrupting nominations, starting with Biden’s first pick to run the Office of Management and Budget, Neera Tanden, a progressive who alienated conservatives with antagonistic tweets. Tanden’s nomination was withdrawn as a result (E&E Daily, March 3).

Until this point, Manchin’s refusal to say how he’d vote on Stone-Manning left the door open for another potential derailment. His decision to support her now, in light of the allegations being waged against her, shows that the Republican campaign against her isn’t spreading across the aisle, as the GOP has hoped.

Stone-Manning is under increasing Republican attacks for her role in the 1989 tree-spiking case. While her involvement has been a matter of public record for decades in Montana — where Stone-Manning was confirmed in 2013 as the state’s director of environmental quality — the circumstances are now being relitigated by Senate Republicans, who say she lied to lawmakers when she denied in her committee questionnaire that she has ever been the target of a criminal investigation.

Since that time, one of the two men charged with plotting and carrying out the exercise, John Blount, told E&E News that while Stone-Manning was aware of the plan, she had no role in the planning or execution. However, Stone-Manning did type out an anonymous, threatening letter composed by the two men and sent it to authorities to warn them of the plot, prompting questions about why she did not immediately turn the perpetrators over to law enforcement (E&E Daily, July 15).

Last week, Senate ENR ranking member John Barrasso (R-Wyo.) released a letter from a retired Forest Service special agent alleging that Stone-Manning “was an active member of the original group that planned the spiking” and that she was originally uncooperative in the federal investigation into the incident. He and the nine other Republicans on the committee plan to vote against her at the Thursday markup.

But Stone-Manning’s supporters say Republicans are seeking to discredit a long-time environmental steward who got mixed up with the wrong crowd as a 23-year-old and was never ultimately charged with any wrongdoing. Her allies also point that she testified in court against the two perpetrators. She is currently the associate vice president for public lands at the National Wildlife Federation.

The Senate ENR Committee will also on Thursday revote on Robert Anderson to be solicitor of the Department of the Interior, clearing up a procedural mistake from a previous markup.On the agenda as well are: