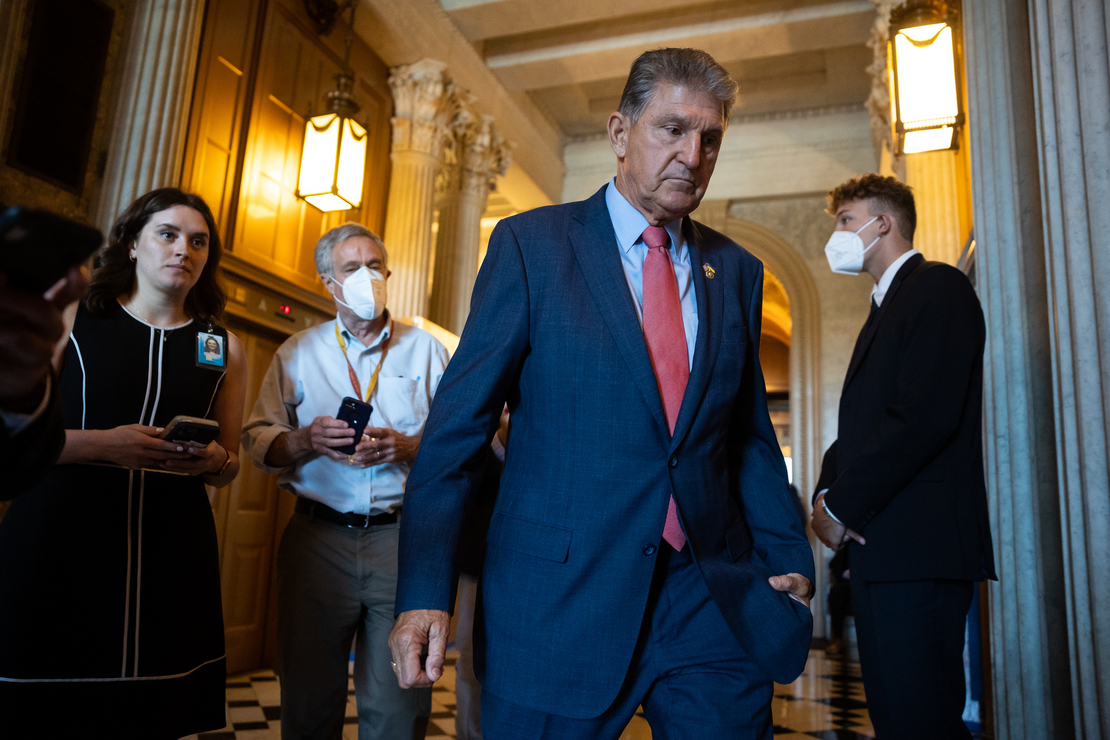 When Sen. Joe Manchin sank climate legislation earlier this month, he also dashed a major priority for some of his closest allies: coal miners.

Coal miners wanted a fix to be added in the Democrats-only budget reconciliation bill that would have helped increase payouts for miners suffering from black lung disease.

But Manchin, a West Virginia Democrat who has made millions from the coal business, decided earlier this month he couldn’t support climate-focused portions of the bill ahead of the August recess. That decision has led to a scaled-back version of the bill that doesn’t include coal-mining language.

At the heart of the matter is the Black Lung Disability Trust Fund, which helps cover health benefits to former and current coal miners suffering from black lung, a respiratory illness that has been described as a “resurgent epidemic” (Greenwire, June 9).

Retired miners and their families rely on benefit payouts to supplement their retirement funds to pay for the oxygen and medication. The debilitating respiratory illness is caused by breathing in coal dust and silica.

But Congress failed to renew the rate for the excise tax that coal companies pay to fill up the trust fund last year, drastically reducing how much money goes into it.

Manchin, the Energy and Natural Resources chair, has backed a decadelong extension to the black lung excise tax in a standalone bill, S. 2810 (E&E Daily, Sept. 24, 2021). It’s unclear whether the black lung language was part of now-abandoned reconciliation discussions.

Advocates almost got what they wanted, according to Phil Smith, executive assistant to the president of the United Mine Workers of America, who said the union “anticipated” the black lung fix was going to be in whatever final reconciliation package Congress passed before the midterms.

The House included a four-year extension in the $1.7 trillion reconciliation package that passed late last year, the “Build Back Better Act.” Manchin killed that bill over fears it could accelerate inflation.

Manchin’s concerns about the reconciliation bill were unrelated to black lung benefits for miners, a cause he has championed for years.

Nonetheless, his opposition to passing any reconciliation package dealing with climate change in the coming weeks has forced the coal miners’ union back to the drawing board.

Sam Runyon, a spokesperson for Manchin’s office, said the senator “has always been a strong advocate for the UMWA.”

“He will of course continue to work to shore up the black lung excise tax to address the needs of our brave miners,” Runyon said in a statement.

‘Supposed to be easy’

Smith said the union hopes to resolve the black lung issue in omnibus spending legislation or a bipartisan tax package, should one materialize.

But he acknowledged the state of play on black lung in the current Congress shows “even the things that are supposed to be easy are not.”

“We’ve still got other bites at this apple. It would’ve been great to get it done now in the reconciliation process,” Smith said, “but we are by no means giving up on that.”

Despite the setback, the union has no hard feelings against Manchin for derailing reconciliation.

“Look, Joe Manchin’s not standing in the way of trying to get the [tax] fixed,” Smith said. “We’re confident that when an opportunity arises to fix this problem and its something that he feels like, and everybody feels like, is a feasible way forward, then its going to happen.”

The Government Accountability Office found in 2018 that a 25 percent increase in the tax rate for the trust fund would avoid the need for a bailout of the program, as it accrues mounting debt and receives fewer dollars from a declining coal industry (E&E News PM, June 4, 2018).

House Democrats have also sought to ensure the fund remains viable in the absence of the expired taxes, albeit with a narrower measure than Manchin’s legislation.

As part of the House fiscal 2023 Labor-Health and Human Services-Education spending bill, appropriators allocated $36 million to fund the black lung benefits account and extend it through at least the first quarter of 2024.

Sen. Bob Casey (D-Pa.), who co-sponsored Manchin’s black lung bill, said in an interview yesterday that he had not heard “any more updates” on how to resolve the black lung excise tax after Manchin tanked broad reconciliation talks. He said it’s “troubling whenever we aren’t making progress on that.”