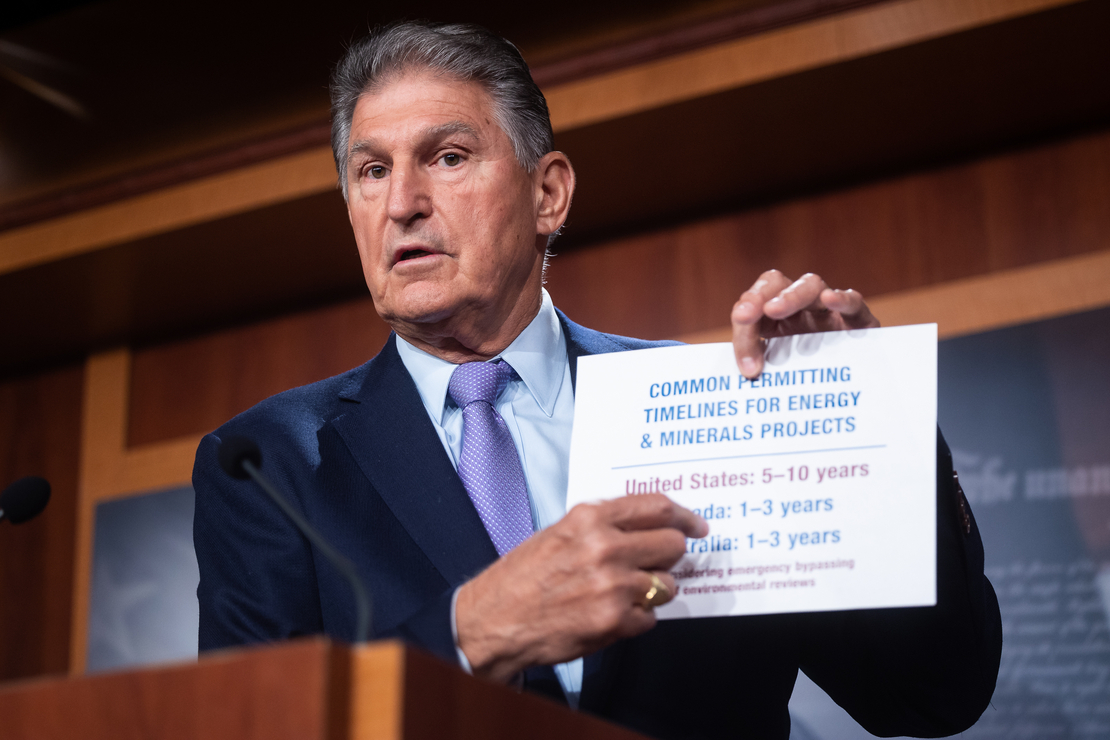 Senate Energy and Natural Resources Chair Joe Manchin (D-W.Va.) said text of his permitting reform agreement that has split Democrats and failed to garner Republican backing will come out Wednesday.

Manchin extracted a deal on permitting reform legislation from Senate Majority Leader Chuck Schumer (D-N.Y.) and other Democratic leaders in exchange for supporting the Inflation Reduction Act, but final text has been elusive.

Delays in the text, along with its ties to the Democrats’ budget reconciliation bill, have made Republicans skeptical of endorsing the effort.

“Tomorrow you will have the text in full,” Manchin told reporters. “That’s a week before I think we will probably move or do anything on the CR, so there will be no ifs, ands, in betweens, guessing or assuming. That gives everyone plenty of time.”

Manchin held a news conference Tuesday morning to rebut Republican attacks on the permitting push. He called it “political retaliation” for his support of the climate- and health-care-focused reconciliation package.

The permitting reform effort, likely to be coupled with a short-term spending bill, needs more than 10 Senate Republicans to advance. Sen. Bernie Sanders (I-Vt.), who caucuses with Democrats, has spoken against the deal. Sen. Ed Markey (D-Mass.) also expresses skepticism.

Last week, Manchin said as many as 20 Republicans may be needed to overcome Democratic defections.

“I got to be honest with you, I’ve been around for a long time in state and federal politics, I’ve never seen stranger bedfellows than the Bernie Sanders and the extreme liberal left siding up with Republican leadership in Congress,” Manchin said. “I’ve never seen this.”