Many utilities have a ‘must-run’ policy. One broke the rule 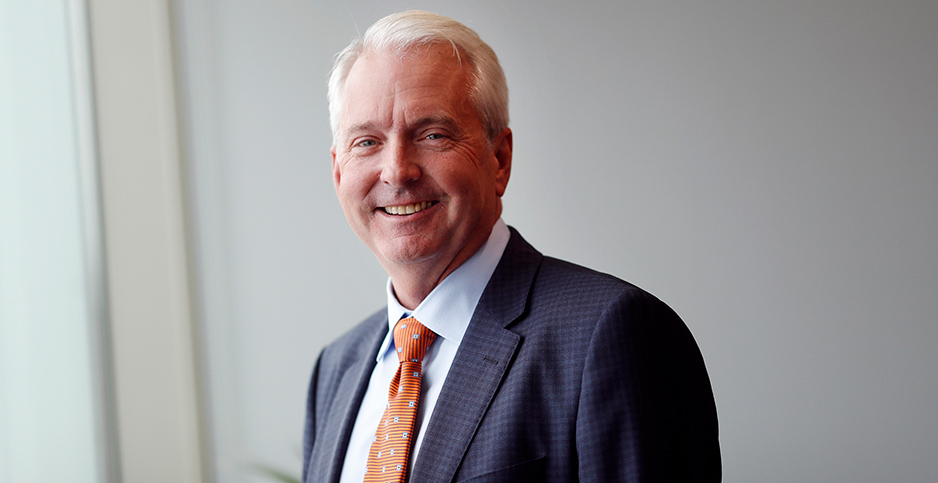 Ben Fowke serves as the CEO of Xcel Energy Inc. The company wants to run its coal plants on a seasonal basis, a move that is expected to reduce carbon emissions. Jerry Holt/TNS/Newscom

Xcel Energy Inc. once ran its coal plants regardless of whether they made money. In the past, the practice made sense. Coal plants were usually in the black. But these days, the Minneapolis-based power company has so much wind, it is planning to idle some of its coal plants for large parts of the year.

The change has the potential to provide a rare win for climate hawks: a move that promises significant consumer savings and immediate emissions reductions. Xcel estimates that idling two Minnesota coal units in the spring and fall will save $55 million over the next three years and cut carbon emissions by about 5 million tons annually.

"This is the emissions equivalent of shutting down a few years early," said Joe Daniel, a power sector analyst at the Union of Concerned Scientists. "I don’t want to say this is the destination. But this helps create a track to a smooth transition and ramp down some of these power plants."

Xcel’s proposal, which must be approved by Minnesota utility regulators, emerges from a growing debate in the Midwest over the way power companies operate their coal plants.

In theory, utilities operating in wholesale electricity markets should base decisions to run a power plant on daily power prices. If prices are high enough, the plant runs. If they aren’t, the plant is turned off.

But in reality, power companies like Xcel have long listed their coal and nuclear plants as must run, a designation that meant those facilities often ran irrespective of market prices.

The practice, which is sometimes referred to as self-committing or self-scheduling, has been commonplace for years. Coal plants and nuclear plants, which once formed the backbone of the electric system, take time to turn on and off.

In the Southwest Power Pool (SPP), a 14-state electricity market stretching from Montana to Louisiana, a market watchdog estimates half of all electricity is generated by self-committing plants. The vast majority of that power is produced by coal.

But self-committing has attracted growing scrutiny from environmentalists and state regulators as increasing amounts of natural gas and wind have come online.

"When the market was designed around coal, it was fine," said Allen Gleckner, senior director of energy markets and regulatory affairs at Fresh Energy, a Minnesota-based clean energy group. "Now that the market is changing to things that are more variable or more flexible, it is not efficient or cost-effective."

Regulators are increasingly apt to agree. In December, the market monitor for SPP released a report calling for a reduction in self-commitment. The practice distorts power prices, the report concluded.

Missouri utility regulators opened an investigation into the matter last year. They concluded there was good reason for the practice, though they acknowledged that they lacked some of the information needed to inform their analysis.

Ameren Corp., a St. Louis-based utility, told regulators there that it didn’t make sense to shut down a coal plant one day and turn it on the next to reflect daily fluctuations in power prices. Turning coal plants on and off is time-consuming, costly and taxing on equipment. It’s better, Ameren reasoned, to keep the plant running through a period of low pricing to capture higher prices later.

But in a filing last month, the company struck a different tone. Xcel said it would no longer classify two of its coal units as must run, and would instead operate them only when it made financial sense. The company then went a step further. Since it is not economically sound to operate the plants for much of the year, it proposed that regulators allow Xcel to idle the units in the spring and fall.

In a statement, the company said the self-commitment study and its recent proposal were not comparable. The first looked at the past, and found that self-scheduling coal plants benefited customers. But its recent plan to run the plants seasonally reflects wider changes in the energy market.

"Our analysis indicates that there are additional carbon reduction and cost savings benefits for our customers and the environment by taking this additional step," Xcel said in a statement. "We will continue to explore and evaluate additional ways to operate our generation to do even more to reduce carbon and save our customers money."

Ryan Barlow, a spokesman for the Minnesota Public Utilities Commission, noted that regulators are still gathering information on Xcel’s proposal.

"I think it’s fair to say it looks exciting and potentially significant docket. But it’s early stages," he said.

Bureaucratic as it may seem, the proposal has significant climate implications. While retiring coal plants has been in vogue among power companies for the better part of a decade, the process can take years — especially in states where power companies operate as regulated monopolies.

Xcel is a case in point. The company has proposed gradually retiring all three units at its Sherburne County Generating Station in Minnesota. The first unit would retire in 2023; the third would click offline in 2031. The closure is part of Xcel’s wider plan to slash its emissions 80% by 2030 by replacing much of its coal capacity with renewables.

Sherco, as the plant is commonly known, is one of the largest coal plants in America. Between 2008 and 2018, its average annual emissions were about 13.8 million tons, according to an E&E News review of EPA data, or the equivalent to what 2.7 million cars emit in a year. Only 17 power plants in America emitted more carbon dioxide over that time period.

The company’s latest plan calls for running one unit at Sherco on a seasonal basis starting in September. The sole unit at its Allen S. King plant, which is expected to close in 2028, would also move to seasonal operations beginning in March.

Those two units emitted a combined 8 million tons of carbon in 2018, according to EPA data. Moving to seasonal operations would cut emissions by about 5 million tons annually, according to Xcel’s projections, a roughly 60% reduction in carbon dioxide levels.

Xcel also expects the move would save $35 million in fuel costs, $13 million in operations and maintenance, and $7 million in capital spending between 2020 and 2023.

Environmentalists applauded the change, saying it sets a precedent for other utilities that self-commit coal plants.

"We’re very much committed to transitioning away from coal as soon as possible," Gleckner said. "But we’re going to celebrate a 50% or more carbon reduction today. It is rare things in this industry can happen that fast."