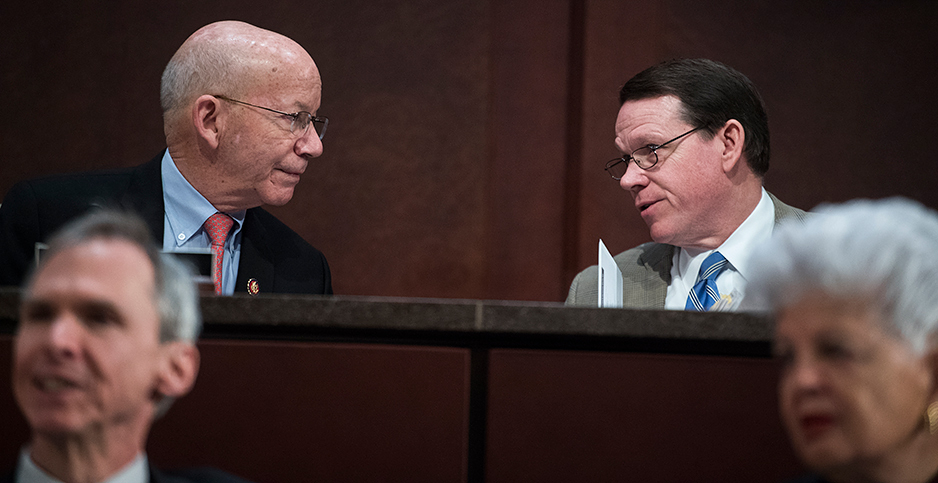 Partisan tensions could flare this week when a House committee marks up a nearly $500 billion surface transportation bill, with Democrats clamoring for climate provisions and Republicans pushing for permit streamlining.

The Transportation and Infrastructure Committee plans to hold a virtual markup Wednesday for H.R. 2, the "Investing in a New Vision for the Environment and Surface Transportation (INVEST) in America Act."

The bill would provide $494 billion over five years for surface transportation programs, including $319 billion for the federal highway program, $105 billion for mass transit and $60 billion for rail.

The markup could make for a long day. Lawmakers from both parties are expected to offer dozens of amendments to the bill, which would reauthorize the Fixing America’s Surface Transportation (FAST) Act.

A House Democratic aide noted that when the T&I Committee marked up the FAST Act in 2015, lawmakers offered more than 100 amendments, drawing out the proceedings over several hours.

In line with Democratic priorities, the "INVEST in America Act" contains a strong emphasis on helping states prepare for and respond to the effects of climate change.

For instance, it would task the Department of Transportation with creating a new performance measure on greenhouse gas emissions. States would need to report on their progress cutting emissions, and the highest achievers would get more options for using funds from a new $8.4 billion carbon reduction program.

In addition, the measure would establish a $6.25 billion pre-disaster mitigation program to help states prepare for extreme weather events and would invest $1.4 billion in electric vehicle charging and hydrogen refueling stations.

Top Republicans on the T&I Committee have complained that they weren’t involved in drafting the bill — a process led by Chairman Peter DeFazio of Oregon and other Democrats on the panel.

Furthermore, the GOP lawmakers have griped that the measure contains "extreme" environmental provisions while omitting the six infrastructure principles they released in January.

Those principles include ensuring the long-term solvency of the Highway Trust Fund, addressing the infrastructure needs of rural communities and speeding up the permitting process for large projects.

Republicans could offer amendments that seek to incorporate the principles and make the bill more bipartisan.

H.R. 7130, the "One Federal Decision Act of 2020," would make environmental reviews "more efficient for major infrastructure projects" in an attempt to reduce delays and save taxpayer dollars.

Asked whether the bill could be offered as an amendment, a spokesman for T&I Committee Republicans would only say: "That’s certainly one of the principles T&I Republicans outlined back in January as a priority for infrastructure legislation."

That means the bill is now expected to reach the floor as soon as June 30, a House Democratic aide said in an email to E&E News.

After passing the House, the measure would enter conference negotiations with the Senate, where the Environment and Public Works Committee unanimously approved a highway bill last summer.

EPW Chairman John Barrasso (R-Wyo.) has touted the bipartisan nature of the bill, which satisfied Democrats with the first-ever climate title and Republicans with robust permit streamlining provisions.

Barrasso has also floated the possibility of merging the chamber’s highway bill with two pieces of draft water infrastructure legislation.