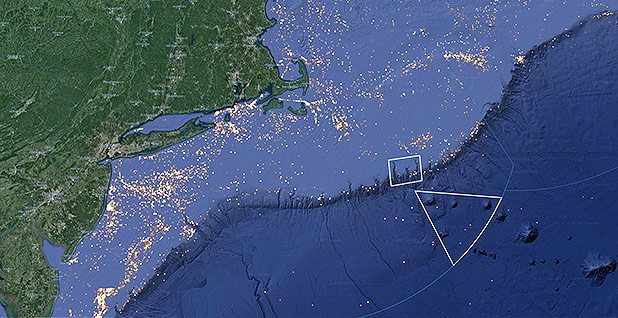 Commercial fishing groups are calling on the nation’s highest bench to hear their challenge to a 5,000-square-mile monument off the coast of Cape Cod.

The Obama administration exceeded its authority in 2016 when it designated the Northeast Canyons and Seamounts Marine National Monument and cut off access to key fisheries, attorneys for the Massachusetts Lobstermen’s Association and other groups argued in their petition filed with the Supreme Court yesterday.

"The 2020 Proclamation declares that some of the marine resources identified in the 2016 Proclamation are ‘not unique to the monument’ and ‘are not of such significant scientific interest that they merit additional protection,’" the fishing groups wrote in their petition, titled Massachusetts Lobstermen’s Association v. Ross.

"However, the 2020 Proclamation ‘does not modify the monument in any other respect,’" they continued. "Instead, it reaffirms the President’s authority to designate the monument."

The lobstermen’s association and the other petitioners are represented by the Pacific Legal Foundation.

Judges for the U.S. Court of Appeals for the District of Columbia Circuit were not persuaded by the fishing groups’ arguments that the monument was invalid because it was located in the ocean, rather than on land.

In their Supreme Court petition, the fishing groups argue that the D.C. Circuit’s finding conflicts with precedent set by other federal appeals courts.

"'[L]and owned or controlled’ by the federal government does not include areas where the United States lacks sovereignty and its regulatory authority is of ‘limited scope[,]’ the court held."

The Trump administration has supported dismissal of the fishing groups’ challenge and has staked out a strong defense of the president’s discretion on monument designations.