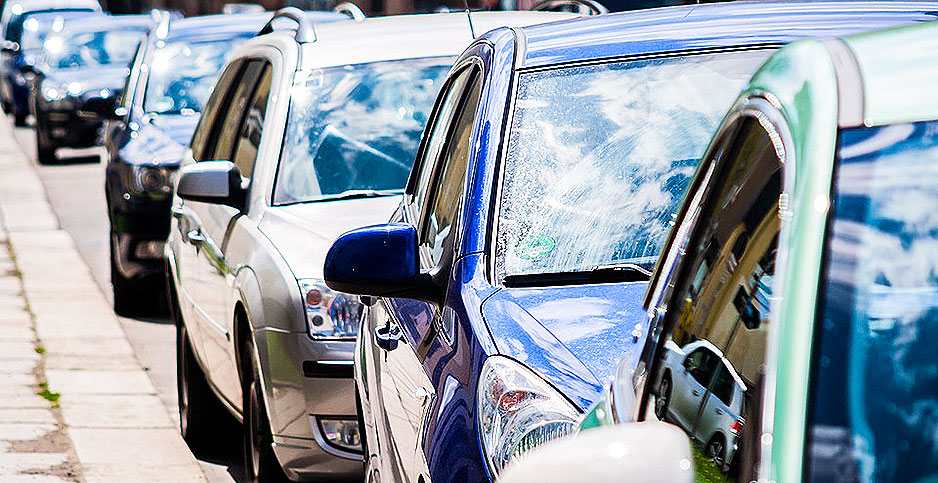 California officials worried about the prominent role of a Department of Transportation political appointee in the rollback of Obama-era clean car rules, newly released emails show.

Officials with the California Air Resources Board fretted about the influence of Heidi King, whom President Trump has nominated to lead the National Highway Traffic Safety Administration, according to emails obtained by E&E News under the California Public Records Act.

The emails come shortly before the Senate Commerce, Science and Transportation Committee markup of King’s nomination, which is set for Wednesday.

The position of NHTSA administrator has been vacant since Trump’s inauguration. King, a former General Electric Co. executive, is said to be a key player driving the car rules rollback (Greenwire, July 31, 2018).

Stanley Young, who has served as CARB’s communications director for nine years, wrote to a CNN producer in May 2018: "The big question really is: Who is benefiting from this action?"

Young noted that the United Auto Workers, automakers, California and other liberal states all opposed the rollback.

He continued: "Who made the decision to take this radical step, and why? Has ideology overcome all rational arguments? One place to start is Heidi King at NHTSA. Be good to get a clear picture of what drives her."

King previously served as global director of environmental risk at General Electric Co. and as an economist for the House Energy and Commerce Committee. She also worked as a regulatory policy analyst at the Office of Management and Budget.

Trump initially tapped King to lead NHTSA in the last Congress. At a Senate Commerce, Science and Transportation Committee confirmation hearing, King would not say whether she believed in mainstream climate science under questioning from New Hampshire Democratic Sen. Maggie Hassan (E&E Daily, May 17, 2018).

The Republican-led panel voted largely along party lines to advance King’s nomination to the floor. But her nomination expired when the last Congress adjourned, and Trump renominated her Jan. 16.

Mary Nichols, chairwoman of the California Air Resources Board, joked about intimidating Wheeler before their first meeting.

On July 13, 2018, an administrative assistant at CARB asked how many officials would be attending the Wheeler meeting besides Nichols and CARB Deputy Executive Officer Steve Cliff.

Nichols’ response: "Just us two for this first round. I don’t want to intimidate him…yet."

The emails also show Nichols’ top communications aides discussing how to respond to media inquiries about the July meeting.

After a Bloomberg Environment reporter asked for comment ahead of the meeting, Young wrote to his colleagues, "Do we plan to say anything if Wheeler doesn’t provide anything useful?"

Young and his colleagues ended up providing the following statement to numerous interested reporters: "It was a cordial meeting. Nothing of substance was discussed."

Wheeler has met with the California air agency at least three times since taking the helm of EPA in July, according to his public calendar. The third meeting occurred last month in San Francisco (E&E News PM, Feb. 4).

By all accounts, those meetings were tense, and both sides refused to budge in their demands. EPA and NHTSA are proposing to flatline fuel economy requirements at 2020 levels and pre-empt California from setting tougher tailpipe pollution rules than the federal government. California is seeking to preserve its legal authority to set the more stringent standards.

The White House announced it was ending the negotiations with California late last month, and the administration is hoping to finalize the rollback by late spring or early summer (Greenwire, Feb. 21).

Nichols sometimes has taken to social media to needle Wheeler’s predecessor at EPA, Scott Pruitt, over the clean car standards. That has gotten noticed by her superiors in state government.

"BTW, if Mary tweets about her meeting with Wheeler, as she did with Pruitt, can you or Lindsay give GO [Governor’s Office] press a heads-up?" asked one California Environmental Protection Agency spokesman.

"They were irked the last couple times we didn’t do that. Even if it’s after the fact, they’d like to know. Thanks."

Young said in a short phone interview with E&E News yesterday: "I think it is helpful to underline the fact that that first meeting was just a meet-and-greet, and nothing really substantial has happened since then."

He added, "In fact, we, meaning CARB, have had to use a FOIA to get information regarding the analysis in the [notice of proposed rulemaking]. They wouldn’t provide the analysis and data to us."

Asked for comment on the emails, a DOT spokesperson said, "The SAFE Vehicles rule sets forth in extensive detail the rationale for the proposed standards."

EPA’s press office didn’t respond to a request for comment for this story.