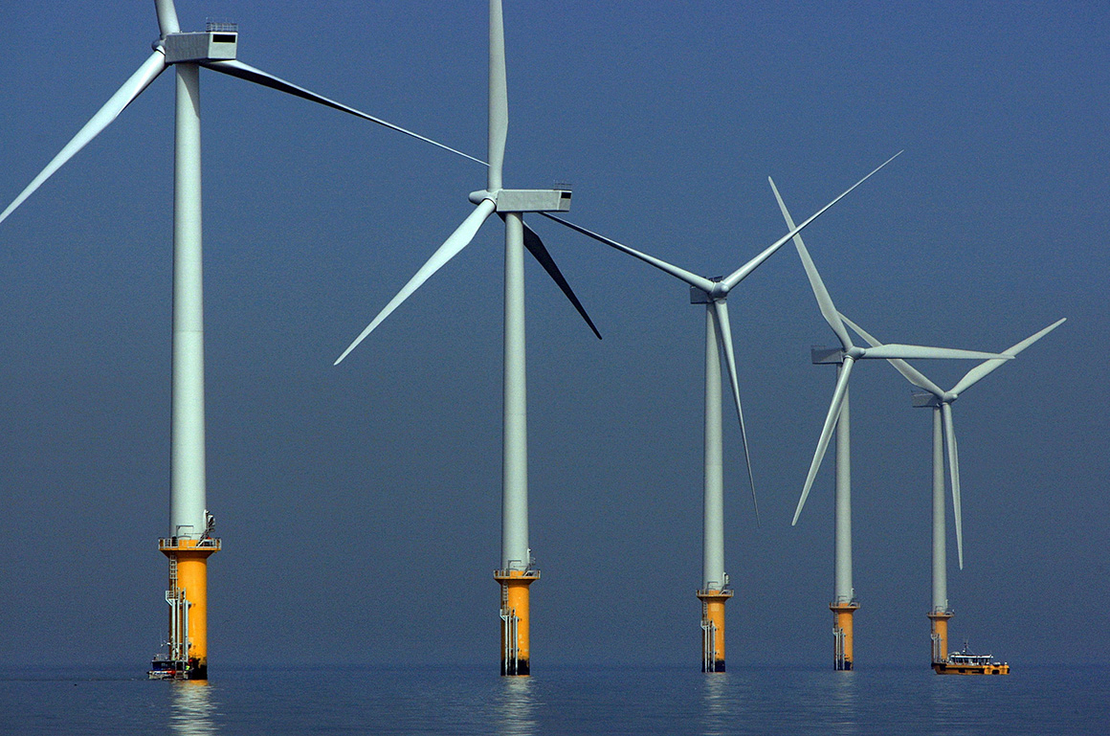 “Combined with a previously procured offshore wind project, the commonwealth’s [utilities] have contracted for 3,200 megawatts of offshore wind,” Card said on a call with reporters. “This amount of energy will power nearly 1.7 million homes.”

Once commissioned later this decade, the two new facilities could help Massachusetts move toward its clean energy goals, which include a target of net-zero greenhouse gas emissions by 2050, Card added. They could also bolster the Biden administration’s goal of deploying 30 gigawatts of offshore wind energy by 2030.

Slated to be built south of Martha’s Vineyard near Cape Cod, the planned projects would supply power to utilities National Grid, Unitil Corp. and Eversource Energy. They would add to Massachusetts’ — and the country’s — first large offshore wind farm, Vineyard Wind, which is currently under construction.

Commonwealth Wind is being developed by Avangrid Renewables. Mayflower Wind is half-owned by a subsidiary of Shell PLC and half-owned by Ocean Winds, which is a joint venture between EDP Renewables and Engie SA (Energywire, Dec. 20, 2021).

“These are mature developers that have worked with Massachusetts before and are committed to building a robust offshore wind industry in the commonwealth,” Card said.

The projects come as Massachusetts and the rest of New England are grappling with concerns over energy security and access to reliable power. Last fall, the regional grid operator warned that New England’s power system was “vulnerable” heading into the winter and that “controlled” power outages could be necessary in the event of extreme cold (Energywire, Dec. 17, 2021).

The grid ultimately operated smoothly throughout the winter. But officials say the reliability risks are getting worse, and the Federal Energy Regulatory Commission plans to hold a forum this fall on “electricity and natural gas challenges facing the New England region.”

The new offshore wind projects could help address those problems, helping reduce the use of higher-cost fossil fuels during winter months, Card said. They would also support Massachusetts’ other decarbonization plans for buildings and cars, she said.

“Offshore wind will become even more important as a clean energy resource as Massachusetts pursues policies to electrify the heating and transportation sectors, which are projected to change the region to a winter peaking season within the next 10 years,” Card said.

Officials expect the new projects to lower electricity costs in Massachusetts, reducing bills by approximately 0.1 percent to 0.8 percent. The Mayflower Wind contract came in at $77 per megawatt hour of power, while Commonwealth Wind would deliver power for $72 per megawatt hour, said Patrick Woodcock, commissioner of the Massachusetts Department of Energy Resources.

“This does include transmission costs,” Woodcock said.

Correction: A previous version of this article stated that Commonwealth Wind was being developed as a joint venture of Avangrid Inc. and Copenhagen Infrastructure Partners. Avangrid Renewables is the sole developer.