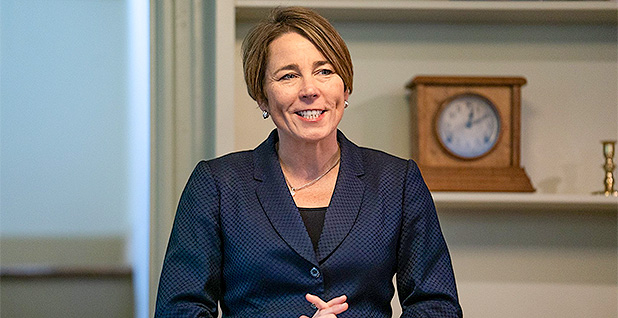 Massachusetts Attorney General Maura Healey (D) struck down what would have been the East Coast’s first ban on natural gas this week in a victory for fossil fuel groups and other opponents of the regulation.

Healey, a staunch anti-fossil fuel crusader, wrote that although her office sympathizes with Brookline’s intentions, the ban is at odds with three state laws.

"The Attorney General agrees with the policy goals behind the Town’s attempt to reduce the use of fossil fuels within the Town," wrote Healey in her decision. "However, the Legislature (and the courts) have made plain that the Town cannot utilize the method it selected to achieve those goals."

"This wasn’t a door being closed gently in one’s face. This was a door being slammed shut — because we’d have to overcome three separate objections," he said.

A spokesperson for National Grid PLC, one of the largest utilities in Massachusetts, lauded Healey’s office for preventing "an inconsistent patchwork of local rules and regulations, many of which would have negatively impacted customer choice, affordability and progress" toward the state’s climate goals. Those include a law calling for an 80% reduction of greenhouse gas emissions below 1990 levels by 2050 as well as a less binding goal, set by Republican Gov. Charlie Baker in January, of net-zero emissions by that same date.

In the past year, at least four states — Arizona, Louisiana, Oklahoma and Tennessee — have passed legislation that prevents towns from enacting restrictions on natural gas in buildings. Meanwhile, bans have spread across dozens of cities in California, where building codes give municipalities leeway to enforce greater gas restrictions than the state’s own standards. The California Energy Commission is also weighing a requirement for all new buildings to avoid gas infrastructure in favor of electric heat pumps and induction stoves, which do not burn fossil fuels.

In Massachusetts, however, Healey’s office cited the state’s building code in its decision, saying it preempted local rules.

The decision also said that in creating "a new reason to deny a gas permit," Brookline’s bylaw conflicted with the state’s gas code as well as the authority of the utility regulator, which oversees the sale and distribution of natural gas.

In an interview earlier this month, McCoy had predicted that the attorney general’s office could shoot down the bylaw, noting that in neighboring Cambridge, the city’s top attorney had already concluded that state law would probably preempt a ban.

"Once you go beyond California, you’re in a totally different world," she said.

Jacob Stern, deputy director at the Massachusetts chapter of the Sierra Club, which had filed a brief in support of Brookline’s ban, said state legislators should respond by altering the building code to give towns more flexibility.

"The simplest answer is to modify the state building code … to give communities the option to adopt a zero-emission building standard," he wrote in an email to E&E News.

The attorney general’s conclusions didn’t come as a shock to Gray, the sponsor of the ban.

But it may surprise other observers, given how Healey’s office has sought to stake out an activist position on fossil fuels. Last year, Healey joined other Democratic attorneys general in suing Exxon Mobil Corp., alleging that the company had misrepresented the risks of climate change to shareholders. This week, Massachusetts filed a lawsuit with 19 other states against the Trump administration for abandoning Obama-era limits on power plant emissions (Greenwire, July 21).

Healey’s office has also requested that the Massachusetts Department of Public Utilities open a wide-ranging review into the future of natural gas in the state, including a look at how utilities could transition their business models away from gas in order to maintain progress toward the 2050 climate goal (Energywire, June 8).

The municipal law unit within Healey’s office was responsible for the decision to scrap Brookline’s ban, said Gray, and based its conclusions on what would hold up in court. "They call balls and strikes. They’re a very professional unit," he said.